Justin Wilson has died from head injuries sustained when he was struck by debris during Sunday's IndyCar race at Pocono. He was 37 years old

The Briton was hit on the helmet by the nose section of Sage Karam's car, which had broken free when the Ganassi rookie spun into the wall on lap 180 of the 200-lap race.

Immediately after the impact, Wilson's Andretti Autosport car skewed down the track and slid head-on into the inside barrier.

Safety crews were on the scene swiftly, and Wilson was airlifted to Lehigh Valley Health Network Cedar Crest Hospital where he was assessed to have suffered severe head injuries. He died on Monday afternoon without regaining consciousness.

"With deep sadness, the parents of Justin Wilson, Keith and Lynne, his wife Julia, and his brother Stefan share the news that Justin passed away today after succumbing to injuries suffered during the Verizon IndyCar event at Pocono Raceway on Sunday, August 23," said a statement from the Wilson family.

"Justin was a loving father and devoted husband, as well as a highly competitive racing driver who was respected by his peers.

"The family would like to thank the staff at the Lehigh Valley Health Network Cedar Crest Hospital, Pocono Raceway, Andretti Autosport, and the Verizon IndyCar Series as well as the entire racing community for the amazing outpouring of support from fans around the world."

Mark Miles, CEO of Hulman & Co., the parent of IndyCar and Indianapolis Motor Speedway, paid tribute to Wilson's qualities as both a racer and an immensely popular figure in the paddock.

"Justin's elite ability to drive a race car was matched by his unwavering kindness, character and humility - which is what made him one of the most respected members of the paddock," Miles said.

"As we know, the racing industry is one big family, and our efforts moving forward will be focused on rallying around Justin's family to ensure they get the support they need during this unbelievably difficult time."

Andretti Autosport, with whom Wilson was contesting a part-time programme this year, also issued a statement highlighting the impact he made during his short tenure with the team.

"We are deeply saddened by the passing of Justin Wilson," it said.

"He was a tremendous racer, a valuable member of the team and respected representative to our sport.

"His life and racing career is a story of class and passion surpassed by none. Our thoughts and prayers remain with the Wilson family and fans worldwide."

Wilson ultimately spent the majority of his top-line career in America, but he had risen as far as Minardi and Jaguar Formula 1 drives after claiming Formula Palmer Audi and Formula 3000 titles on his way up the European ladder.

The first 16-year-old to win a car race in Britain when he triumphed on his Formula Vauxhall Junior winter series debut at the end of 1994, he was a frontrunner in FVJ and the senior Formula Vauxhall championship across the next three years before committing to the inaugural season of Jonathan Palmer's FPA series in preference to Formula 3 for '98. 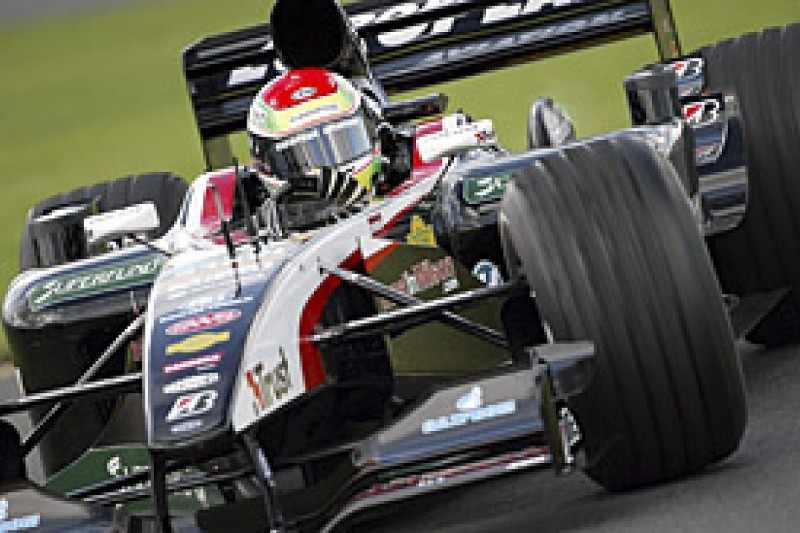 He beat Darren Turner to the title and the F3000 prize drive with Astromega, progressing through three years in the grand prix support series to become a dominant champion for Nordic in 2001, when he also made his F1 test debut with Jordan.

Only a sideways move to the World Series by Nissan was possible for 2002, but he got an F1 break with Minardi the following year, followed by a mid-season call-up to replace Antonio Pizzonia at Jaguar.

A points finish at Indianapolis was the highlight of a disappointing Jaguar stint and when his drive went to Christian Klien for 2004, Wilson headed to America and a Champ Car seat with Conquest.

His decade in the States was generally spent as an underdog achieving upsets for unfancied teams, though he was often the dominant Sebastien Bourdais' toughest rival when driving for RuSPORT from 2005-07, twice finishing runner-up in the championship.

A single season at the once-mighty Newman/Haas coincided with the team playing catch-up in IRL IndyCar machinery during the 2008 US single-seater merger. Even so, Wilson won in Detroit.

Later years were spent switching between the small Dale Coyne and Dreyer & Reinbold teams, achieving the former's maiden win, and he also won the 2012 Daytona 24 Hours with Michael Shank Racing on one of many sportscars cameos.

Unwilling to spend another year in the midfield after 2014, Wilson preferred to hold out for a chance with a bigger team - which he got with Andretti, turning an initial two-race deal for the Indianapolis rounds into a drive for the last third of the season.

Wilson is survived by his wife Julia and two daughters. 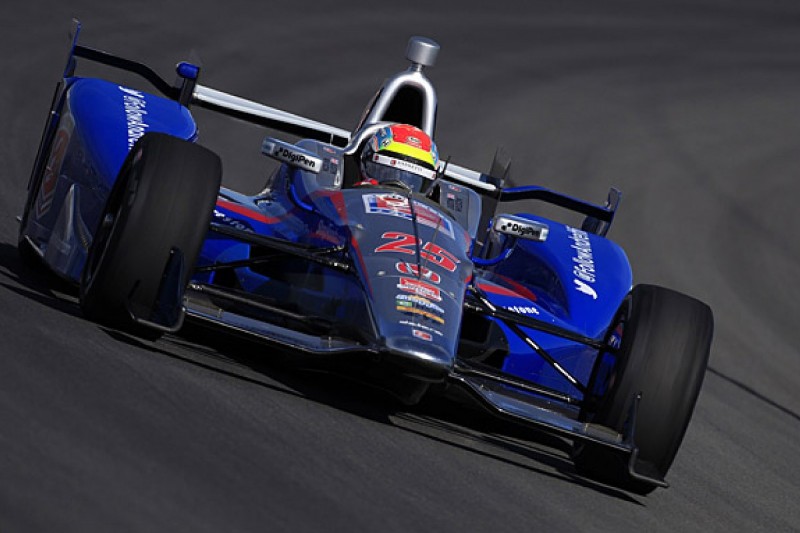 Tributes to F1 and IndyCar racer Justin Wilson after his death