The 500-mile event on the fast superspeedway featured cars running in large packs and ended with Ryan Briscoe launched into the air in a tangle with Ryan Hunter-Reay.

Second-place finisher Kanaan said it was too close to the situation that triggered the horrific 2011 Las Vegas crash in which Dan Wheldon was killed.

"We can't forget that I lost my best friend in exactly the same way in 2011," said Kanaan.

"I understand what the fans want, and if you say we're going to have 100,000 people here and this is what we're going to do, I agree with you that we need to put it out there.

Power's race ended in a collision with Takuma Sato late on, and he expressed his disgust to IndyCar broadcaster NBC Sports.

"What were we doing? That was a Vegas situation," he said.

"I'm just so happy no one was really hurt.

"Someone's got to take responsibility for how this day has panned out.

"As exciting as it is, it's insane. You just cannot get away and have to take massive risks to gain track position.

"That's crazy racing. We just don't need another incident like we had at Vegas, and running like this it's just a matter of time." 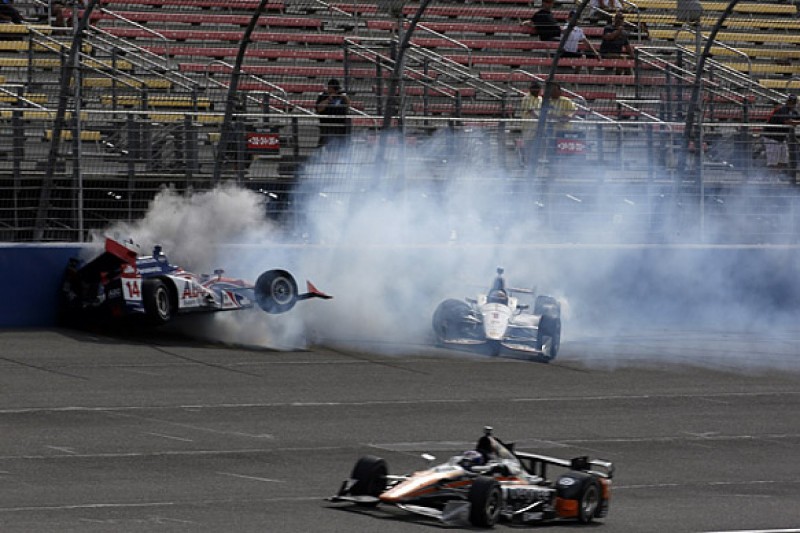 "Honestly, I was not a fan of the racing we put on today," he said.

"What I told IndyCar yesterday was that we shouldn't be racing like this.

"This is full pack racing and, sooner or later, somebody is going to get hurt. We don't need to be doing this."

Kanaan felt the Fontana situation was "not anybody's fault" as IndyCar was still getting to grips with its new aero kits.

"We can't say we chose the right or the wrong aero package because this is new," he said

"We went to Texas and it was OK, but I heard a lot of criticism about it being a boring race."

Not all the drivers were critical of the event. Winner Graham Rahal acknowledged that the racing didn't need "to be quite so close" but felt overall it was good for the series.

"We have taken ourselves to a place over the last few years to where we've reduced the downforce so far that we couldn't even race," he said.

"It was the closest racing we've seen in a long, long time, but it was very different than the old pack racing style where it was just flat and you place it where you want."

And CFH Racing driver and co-owner Ed Carpenter - who went out in a collision with team-mate Josef Newgarden - tweeted: "I love close IndyCar racing. Hate to see drivers bad mouthing a series.

Briscoe also backed the race on Twitter despite his aerial crash - which he had earlier described as "no big deal".

"I thought today's IndyCar race was awesome," he wrote.

"A few drivers need to show more respect out there, but the racing was fierce and exciting." 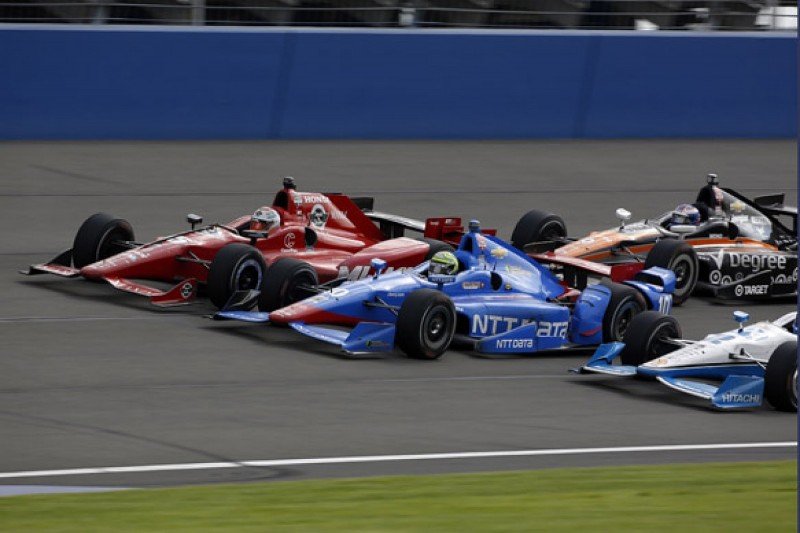