An increase in part-time and full-season 2019 IndyCar entries could occasionally result in 28-car grids that would cause problems for some circuits on the calendar, Autosport understands

IndyCar tracks such as Long Beach and other street and road course circuits could struggle to provide pitboxes for a field approaching 30 cars.

The Toronto street course reportedly has just 23 spots on pitroad, while Road America is understood to be able to slightly expand its pit-space by realigning its pitboxes.

Series chassis builder Dallara told Autosport that it had sold more kit than it had expected ahead of 2019, with a mix of orders for new entries and existing teams wanting to buy spares or newer chassis.

Dallara also had a similar surge ahead of 2018 - the first season with the cheaper universal aerokit - which helped four new teams join the current campaign in various capacities.

"Even in the 2018 season we didn't expect [more orders]," Andrea Toso, Dallara's head of US racing operations, told Autosport.

"Maybe the introduction of the aerokit pushed the teams to buy new cars instead of updating an old car.

"One [more] for Harding, and maybe you know the rumour about McLaren joining.

"One way or another they will get up to 28 entries, which is very good.

"The teams like the car, they are happy to be committed to this for five years and organise their budgets, buy new monocoques that will stay for five years.

"There is a good spirit and mood in the paddock.

"IndyCar has done a great job, [IndyCar's president of operations and competitions] Jay Frye too." 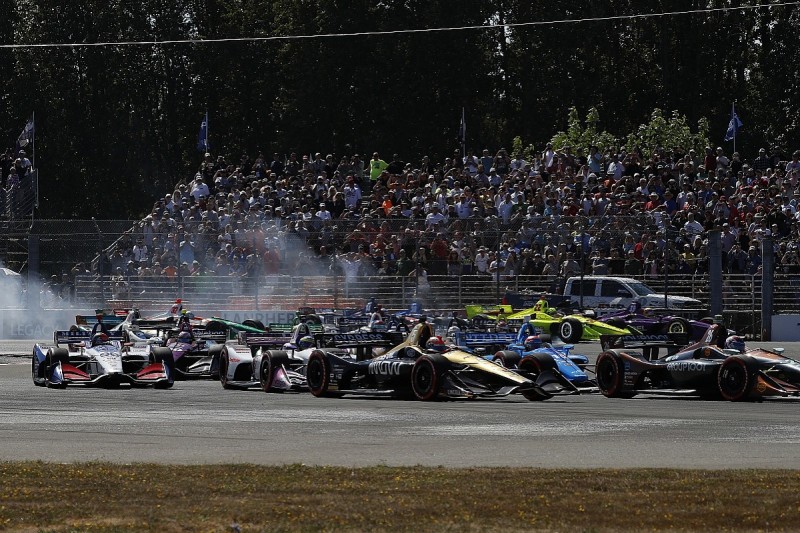 Longer-term, the 2019 field could grow further due to the ongoing McLaren IndyCar situation, as well as Rahal Letterman Lanigan Racing and Carlin said to be considering adding a third car if it makes financial sense.

Sportscar teams including DragonSpeed and Scuderia Corsa are also evaluating the series.