The IndyCar Series’ seven road course events, including its Detroit double-header, will be shortened to two days in 2021.

The change, which has been strongly rumoured for most of the off-season, has been introduced for two primary reasons.

The first is to reduce accommodation costs for the teams and the series, and the second is to reduce personnel’s potential exposure time while the America is still grappling with the COVID-19 pandemic and awaiting vaccinations to become more widespread.

An IndyCar insider described the weekend schedule revisions as “a balance of 2019 and what was learned in 2020”.

Last year, at the height of the pandemic, several events were condensed to two days yet featured two races to help ameliorate the temporary loss of several venues due to statewide lockdowns.

The Detroit Grand Prix will also become a two-day affair this year on 12-13 June as the IMSA SportsCar Championship race will run one week earlier.

The Detroit GP organisers wished to remain sensitive to the fact that the Belle Isle venue is a state park used by others, thereby keeping three total days of action and reducing setup/teardown time to 59 days.

Texas Motor Speedway, like Belle Isle, will feature two days of IndyCar action but including two races, while the round at Gateway will see IndyCars on track for just one day, with the NASCAR Trucks race being held the previous evening. 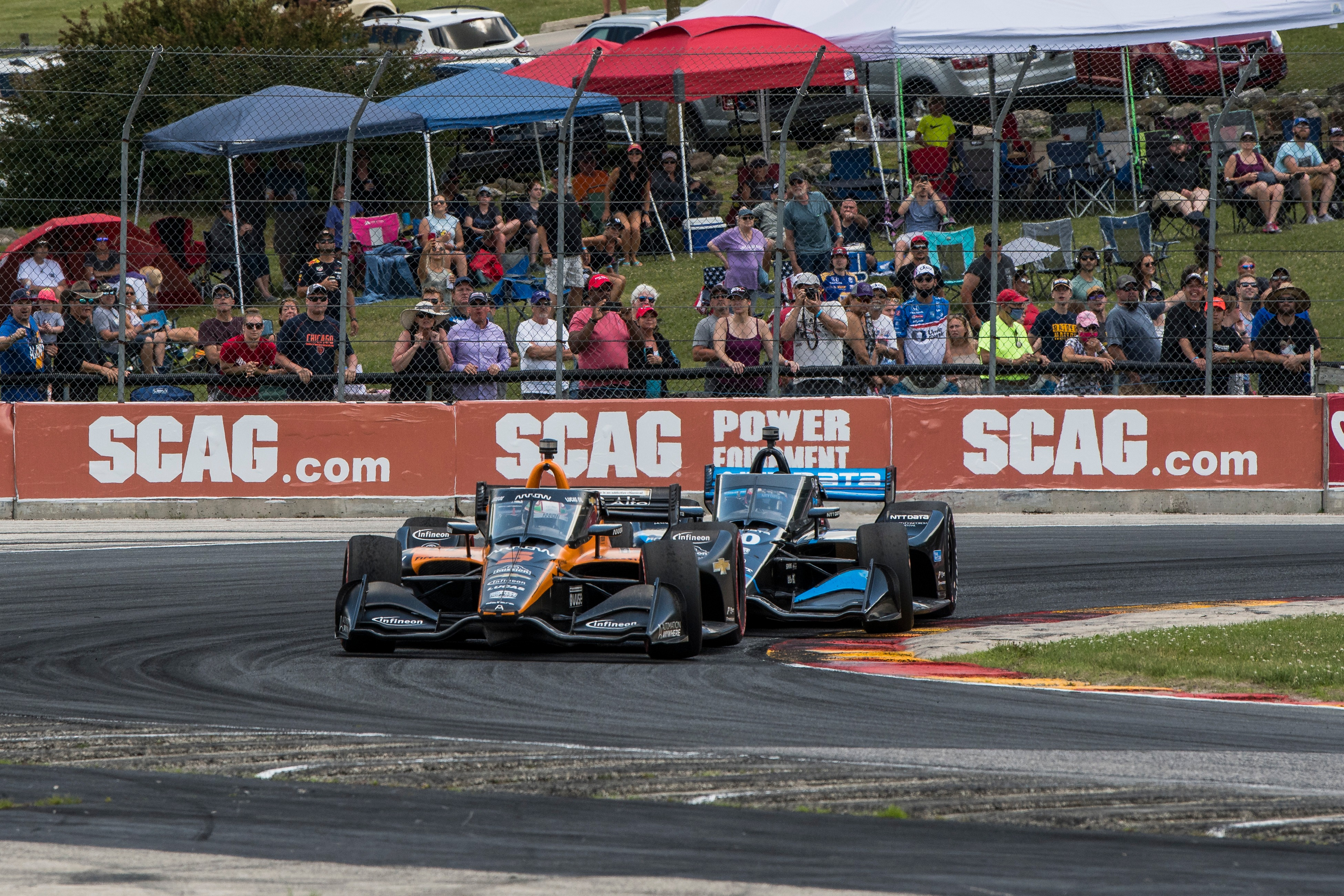 Given their more ‘festival’ nature, the street races at St. Petersburg, Toronto, Nashville and Long Beach will remain three-day events.

Accommodation costs for teams may be further reduced in many cases by the earlier race start times, announced last week.

This year, 12 races will start at 3pm ET or sooner.

Firestone is expected to reduce the number of tyre sets per car by one at events reduced to two days, although rookies will continue to receive one more set than series veterans.

The reduction of practice days will, naturally, put more emphasis on teams that roll off the trailers fast – something that played into Arrow McLaren SP’s hands in 2020 and, according to Alexander Rossi last week, hurt Andretti Autosport.

Details regarding the format of the two-day weekends is expected “within the next two weeks” according to an IndyCar spokesperson.