Teams were informed on Thursday of the decision to cancel the 2020 race at Portland International Raceway, and public confirmation is currently expected on Monday.

Oregon's state-wide crowd-gathering restrictions during the COVID-19 pandemic posed a challenge for Portland to host a race, even without fans present, given the number of IndyCar and team personnel needed in the paddock.

Earlier this week, Oregon's Governor Kate Brown announced a further cut down to maximum to 100 people, as the state's number of active coronavirus cases continues to rise.

It means Portland, which only returned to the IndyCar race calendar in 2018 after an 11-year hiatus, will miss out this season.

The event's promoters, Green Savoree Racing Promotions, have at least been able to add a second race at Mid-Ohio which is set to take place on the 8-9 August. 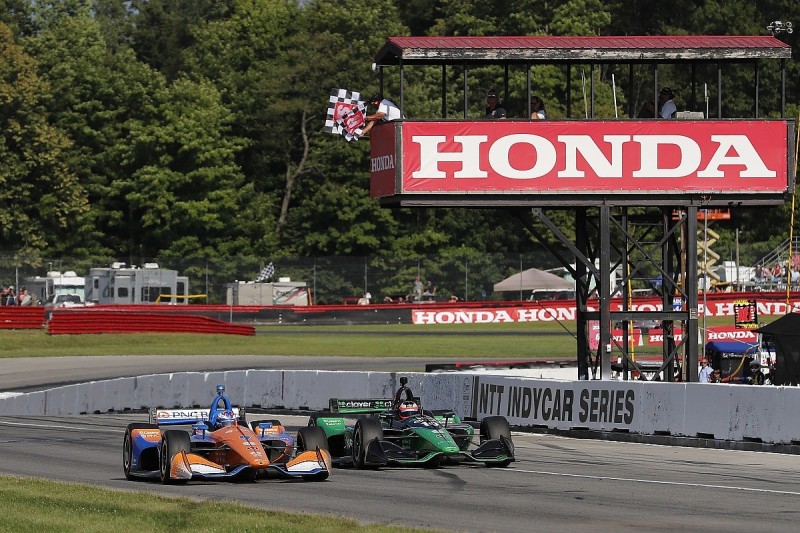 GSRP has worked through some tough times during the pandemic, with its traditional season-opening Grand Prix of St. Petersburg halted at the last minute and currently scheduled as the finale round in October, while the Toronto round has also been cancelled for this year.

It means IndyCar will see its third straight double-header event of the season after Road America and Iowa Speedway, and the weekend format is expected to be similar to the schedule used at Road America.

PLUS: Why IndyCar's 2020 innovations had contrasting fortunes at Iowa

Although the timetable has not been revealed, Autosport understands there will be a long practice session on Saturday morning, followed by two-group qualifying and then the race.

On Sunday, there will again be two-group qualifying followed by the race.

However, the cars will be impounded in parc ferme conditions, between qualifying and the race.

Further changes to the 2020 IndyCar race calendar are also possible if the Laguna Seca double-header, set to take place on 19-20 September, is also cancelled amid COVID-19 restrictions or other budget and organisation issues.

IndyCar is most likely to opt for further double-headers at Gateway and the Indianapolis Motor Speedway road course in order to bulk out the calendar.