The 2014 IndyCar champion's pole time of 1m09.766s on worn red tyres, just pipping his Chip Ganassi Racing rival on 1m09.809s, was the 64th of his US open-wheel career and leaves the Australian just three poles short of Mario Andretti’s record tally.

Palou delivered on a day when his Ganassi team-mates all fell in Q1 and was also the only Honda to make it through to the Fast Six shootout.

Power’s team-mate Josef Newgarden bounced back superbly from a clutch issue in FP2 to end up 0.067s adrift of Power in third, as Conor Daly upheld his and Ed Carpenter Racing’s honour with the fourth fastest time ahead of Arrow McLaren SP team-mates Pato O’Ward and Felix Rosenqvist.

Surprise exclusions at this stage were ECR driver Rinus VeeKay, who beat Grosjean to earn his first win in last year’s race, and six-time champion Scott Dixon - the Kiwi left baffled by his Ganassi crew's lack of performance that leaves him 21st on the grid.

The fastest time in the other Q1 group was set by O'Ward, the polesitter for the second Indy road course race last year. The Mexican pipped Penske driver Scott McLaughlin to the top spot by a mere 0.08s, as Christian Lundgaard (third) and Graham Rahal (sixth) ensured that all three RLL cars advanced to Q2.

They would be joined by rookie Callum Ilott, fourth fastest in his group for Juncos-Hollinger and Daly, with Andretti drivers Colton Herta and Alexander Rossi surprise casualties along with Simon Pagenaud (Meyer Shank Racing). That trio will start in positions 14, 16 and 20 respectively. 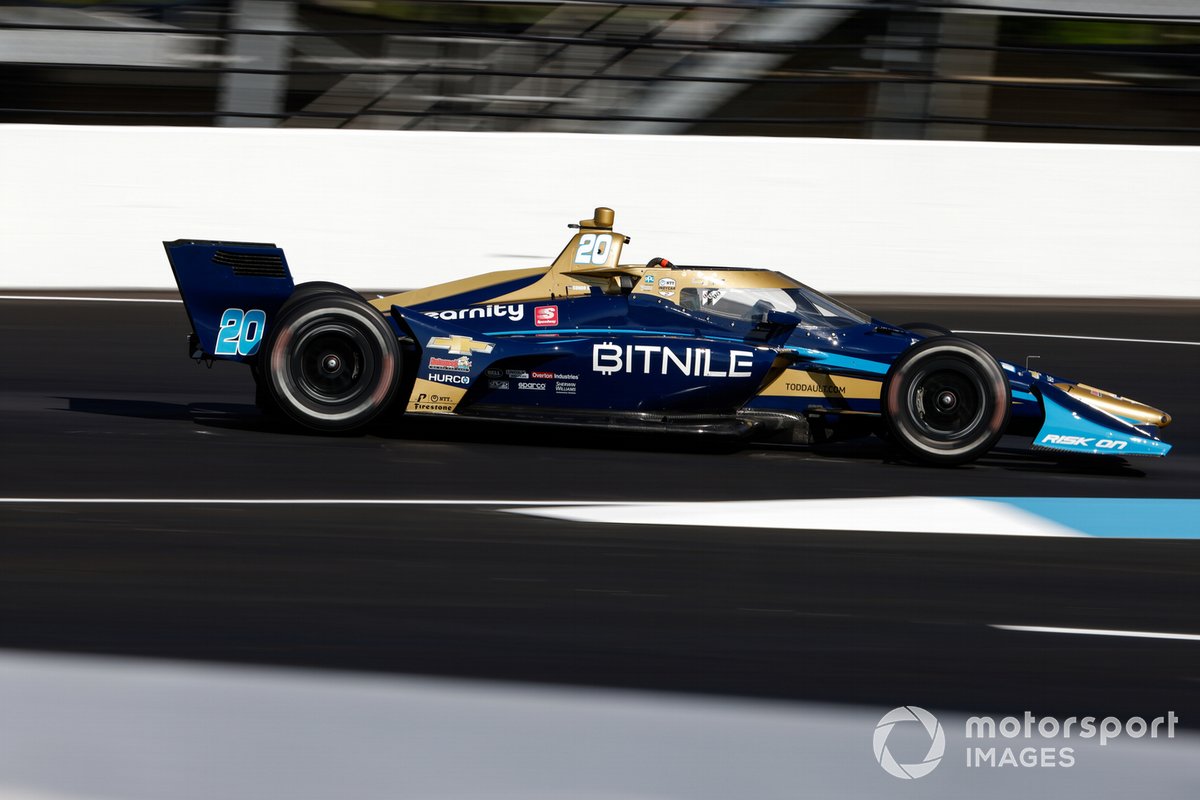 In Q2, Power topped the times on the harder primaries as track temperatures dropped fractionally from the start of the session. His time was a 1m10.708s, barely a hundredth ahead of team-mate McLaughlin, with Daly inserting his ECR car in third ahead of Newgarden.

Following the switch to the red-sidewalled soft tyres, Palou shot to the top with a 1m09.411s effort to edge Rosenqvist, O'Ward, Power and Newgarden, as Daly pipped Ilott to the final spot in the Fast Six by 0.014s.

Behind the Briton, team-mates Lundgaard and Harvey will start eighth and ninth, with Grosjean completing the top 10.

McLaughlin, who admitted to making an error on his best lap, will start 11th ahead of Rahal.