Buddy Lazier (pictured below) was the last driver to fail to qualify for the usual 33-car grid back in 2015, but IndyCar had foregone the tradition of Bump Day in '14 by adopting the two-day qualifying format.

The new universal aerokit and a reduction in costs has helped IndyCar get close to a capacity grid early, with 31 cars already confirmed and several more to be announced in the coming months - prompting debate on bump day and whether IndyCar should relax the 33-car limit.

"I've been through that process before. I can tell you it's no fun to be one of those guys on the bubble," said Rahal, who was involved in one of the most infamous Bump Day shocks when he failed to qualify in 1993 during his CART title defence.

"It adds certainly to the drama, I think it absolutely adds to the folklore of the 500.

"Over the years, the whole qualifying process has been just as dynamic a story as the race itself." 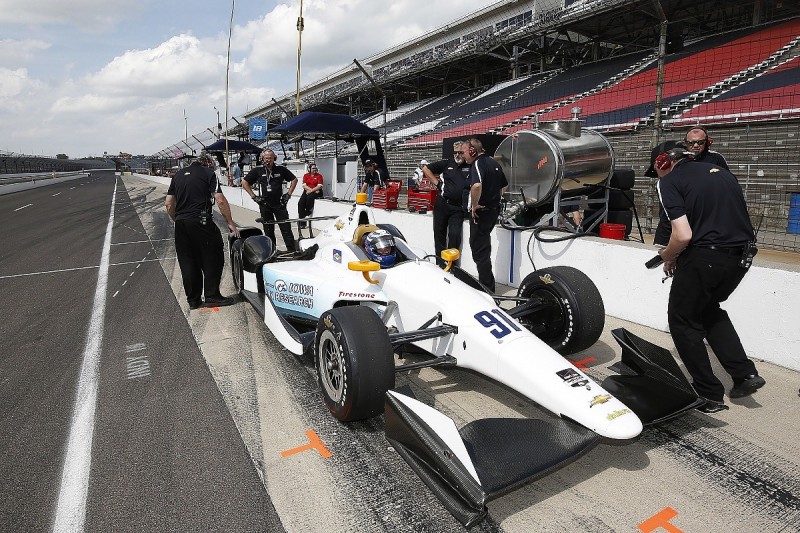 "Quite frankly we never expect any of our [Honda-powered] cars to actually get bumped when it comes down to that timeframe," he said.

"That's part of the tradition, the 33-car field at the Indy 500. It adds to some of the excitement of qualifying, it's the biggest race in the world.

"There should be some stress and some hard work that requires you to actually get into that race. We would welcome having more than 33 cars so there is some bumping at that race."

On top of the current 31-car entry, there had been suggestions that former Schmidt Peterson driver Mikhail Aleshin had been looking for an Indy 500 ride earlier this year.

JR Hildebrand, without a full-time seat this year, should soon be confirmed as the second Dreyer & Reinbold Racing entry.

Sometime Indy Lights driver Juan Piedrahita and James Davidson, who stood in for Sebastien Bourdais at Indy last year, are two drivers also actively searching for a seat in the race.

IndyCar newcomer Carlin has ruled out expanding to a third car for any of those chasing drives.

Engine availability has sometimes been cited as an obstacle to extra Indy entries in recent years, but General Motors' racing director Mark Kent reckons Chevrolet and Honda could service a 33+ field between them.

"If there are more cars that want to try to qualify, we're definitely in a position to support some more cars," he said.