AUTOSPORT understands that there have been discussions within IndyCar about the idea of a 34th entry for the Indy 500 modelled on the lines of Garage 56 at Le Mans.

This is an invitational entry reserved for experimental vehicles which has so far been used by the DeltaWing - which was originally proposed for IndyCar (pictured in 2010) - and Nissan ZEOD.

IMS president Doug Boles told AUTOSPORT that the concept had been discussed, although he is yet to have been formally approached about it by IndyCar.

"I do know that there has been some talk among the folks at IndyCar about the potential of [something similar to] Garage 56, that type of concept," he said. "But at this point in time we haven't had a conversation."

IndyCar declined to comment on the grounds that the idea is still in its infancy.

Boles said that the inclusion of experimental technology would be compatible with the 500's tradition of innovation, but that it would also be critical to maintain the integrity of the event.

"I guess we'd have to really look at it and understand the criteria, and how it would impact the other 33 cars participating in the Indianapolis 500," he said.

"From the historic standpoint with respect to the Speedway, you think about all the innovations that were either invented here or tested or proven here, things along that thematic line are part of the roots of the Indianapolis 500. 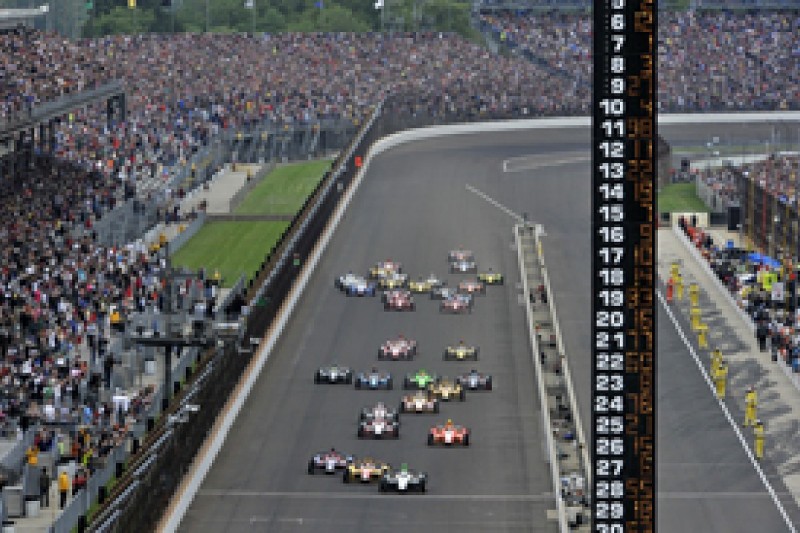 "But we haven't really had a conversation about how a 34th car fits in with being allowed to race in the field under some other set of rules and circumstances, how that would impact the event, or how we'd even logistically do that.

"We've got plenty of pit room. The track is obviously big enough.

"But I think we'd have to understand what the opportunity was; what the vehicle looks like.

"Is it an IndyCar with a different motor? Is it something completely different? But it's not something that, at this point in time, we've had a conversation about here at the Speedway."

While there has been no indication of the types of technologies that a 34th entry at Indianapolis might be designed to attract, an obvious contender would be electrical and/or hybrid power due to its growing road relevance.

Andretti Autosport, which took Ryan Hunter-Reay to the 2012 IndyCar, has already committed to entering a team the fully-electric Formula E championship alongside its other racing activities.

Tony Kanaan: no stress about pressure of replacing Dario Franchitti