Despite repeated public assurances that Alonso's acrimonious history with Honda during F1 return with McLaren would have no impact, certain elements of Honda are understood to be against supplying an Alonso-fronted team.

Andretti Autosport is the firm favourite to affiliate with McLaren if it commits to the series full-time, but Alonso's 2018-spec IndyCar test with the team was conducted without Honda branding (pictured above), though team boss Michael Andretti insisted "Honda has no issues with Alonso".

Alonso competing in the World Endurance Championship with Honda's rival Toyota is understood to be a further complication.

Earlier this year, Honda F1 boss Masashi Yamamoto told Autosport a decision would be made by HPD in America, rather than the overall brand.

An HPD spokesperson reiterated to Autosport that "Alonso is one of the premier racing drivers of this generation, and we very much enjoyed working with him at the 2017 Indianapolis 500.

Another element that could prevent a Honda tie-up is the fact that the manufacturer is stretched in its engine supply to existing teams, with a surge of interest from new prospective entries in 2019 a further challenge after it admitted it is at "near capacity."

"You don't decide on this kind of venture lightly, especially not when we would plan it to be the start of a long-term commitment [to IndyCar]," he said.

"We've been very flattered and moved by the enthusiasm we've seen and read about, from the IndyCar series and its fans, to having McLaren back in the series, and maybe Fernando too.

"But there are a lot of moving parts that need to fall into place and we're very methodically going through the processes, so we hit the ground running, if or when we commit to IndyCar.

"Getting everything finalised is what we're working on now, and it's not something that can be hurried."

If McLaren decides to commit to IndyCar with its expected path of an Andretti affiliation, it could still sign up for a Chevrolet engine supply even though Andretti is a Honda customer.

Ahead of 2018, Andretti considered a Chevrolet switch but opted to remain with Honda. But a growing relationship with the Chevrolet-powered Harding Racing could be a solution.

McLaren could work out of Harding's base with a mix of Andretti's and its own staff, in order to prevent information from rival engine manufacturers swapping hands, although one rival team owner told Autosport: "It's hard to believe either manufacturer would approve." 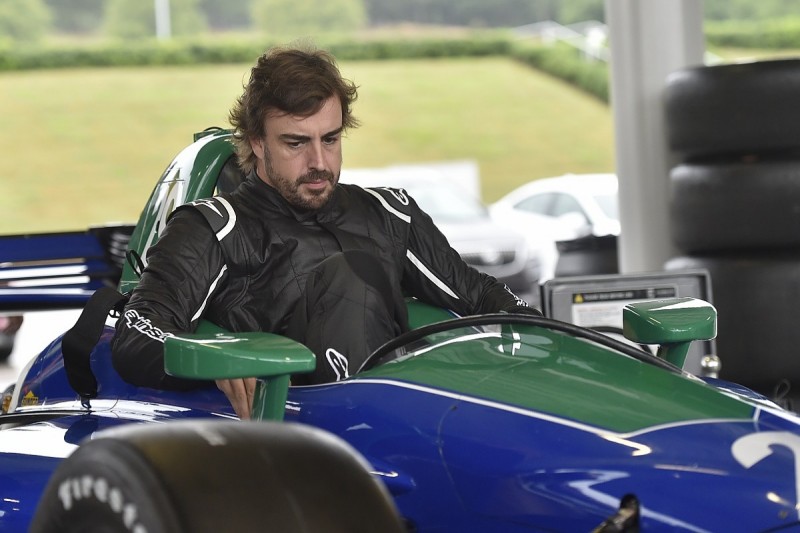 Other solutions suggested include an affiliation with Ed Carpenter Racing for the 2019 Indianapolis 500, before Honda would offer an olive branch for a 2020 full-season once Alonso's WEC commitments end.

It is also possible that Andretti could make a switch to Chevrolet power in the near future, a move that would worry Honda ahead of new engine regulations for 2021.

Autosport approached Chevrolet's director of motorsports competition Mark Kent about the idea of Alonso, McLaren and Andretti Autosport wearing Chevy logos in the near future.

"The addition of Formula 1 champion Fernando Alonso to the IndyCar driver roster is an exciting possibility for the series," he said.

"We previously enjoyed success with Andretti Autosport, including winning the drivers' championship with them [and Ryan Hunter-Reay] in 2012.

"Therefore, if the opportunity presented itself, we would certainly be open to discussions with Andretti Autosport regarding them again partnering with Chevrolet."