Honda Performance Development believes that a third IndyCar engine manufacturer is "critical" for both the long-term sustainability of the series, and for Honda's continued interest in participating

Honda and Chevrolet were left to supply roughly half the field each following the withdrawal of Lotus at the end of the 2012 season.

IndyCar regulations cap the amount that manufacturers are allowed to charge for engine leases at $695,000; a figure well under what both spend on designing, developing, manufacturing and supporting the units.

Consequently, the departure of Lotus left the remaining manufacturers to shoulder a greater financial burden than they had anticipated.

HPD technical director Roger Griffiths told AUTOSPORT that Honda's participation is not under immediate threat, but he believes that the current situation will eventually become unviable.

"A third manufacturer is absolutely critical," he said. "The long-term sustainability of IndyCar needs more than just Honda and GM.

"I would say that through the next two or three years, I don't believe there is any kind of issue.

"We don't need five people doing it; just a third competitive manufacturer would be great. A fourth would be wonderful. What it needs is quality."

IndyCar president of operations and competition Derrick Walker said that one of the keys to a successful entry by a third manufacturer would be an engine formula that allowed them to compete with the existing manufacturers while also keeping GM and Honda engaged. 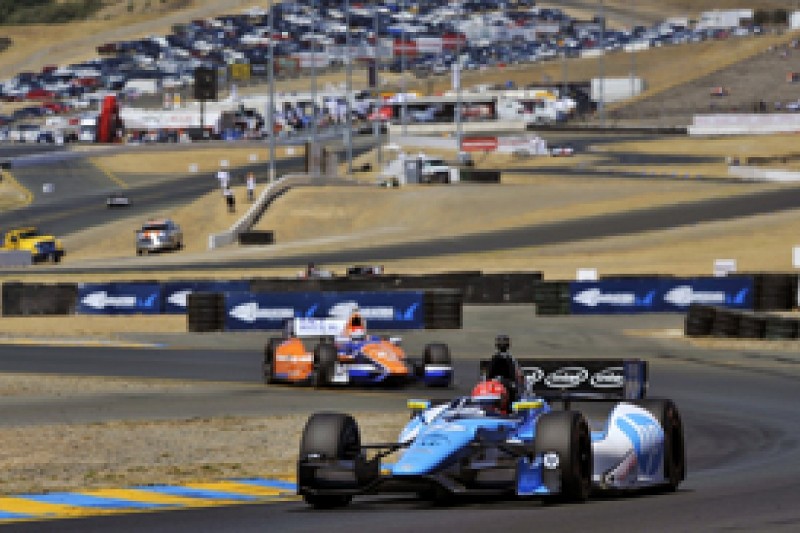 "We're reaching out to any manufacturer that has interest in IndyCar," he told AUTOSPORT.

"We're not saying that we're going to immediately change the rules just because somebody pops up with something.

"But we'd certainly look at reviewing any interest that any manufacturer had in the series, and consulting with our current manufacturers as to whether that makes sense in the short term or in the long term, [and is] in the best interests of [current] IndyCar manufacturers.

"It's a partnership. We're not dictating policy to our partners. The racing is as good as it has ever been, and that is due in no small part to those two manufacturers."