Colton Herta said his runner-up finish at Road America will come as "a big confidence boost" to his Andretti Autosport IndyCar team, despite not having the pace to win.

The 21-year-old was set to finish third after seeing off the challenge of Team Penske's Will Power, but moved up to second behind Alex Palou when Power's race-leading team-mate Josef Newgarden was cruelly slowed by a late gearbox failure.

The result marked Herta's second podium of the year, after winning at St. Petersburg, and was only the second time in his IndyCar career that he has finished on the podium when he hasn't won.

Herta, who has four wins from 41 starts, had only managed one other podium finish prior to last weekend when he finished second on the Indianapolis road course in the Harvest GP double-header last year.

Despite accepting that he couldn't match Newgarden or Palou, Herta welcomed the result.

“I've been struggling to get on the podium when I'm not winning, so it feels nice to finally get one – or the second one in my career, he said.

“It was just one of those days where we didn't have enough pace. We were down two, three tenths of a lap to Alex and Josef.

“Especially at the beginning of the race we were struggling. Once the grip came in and our car tightened up a little bit, it helped, but we were still lacking to them.

“I think we kind of maximised what we could have done.” 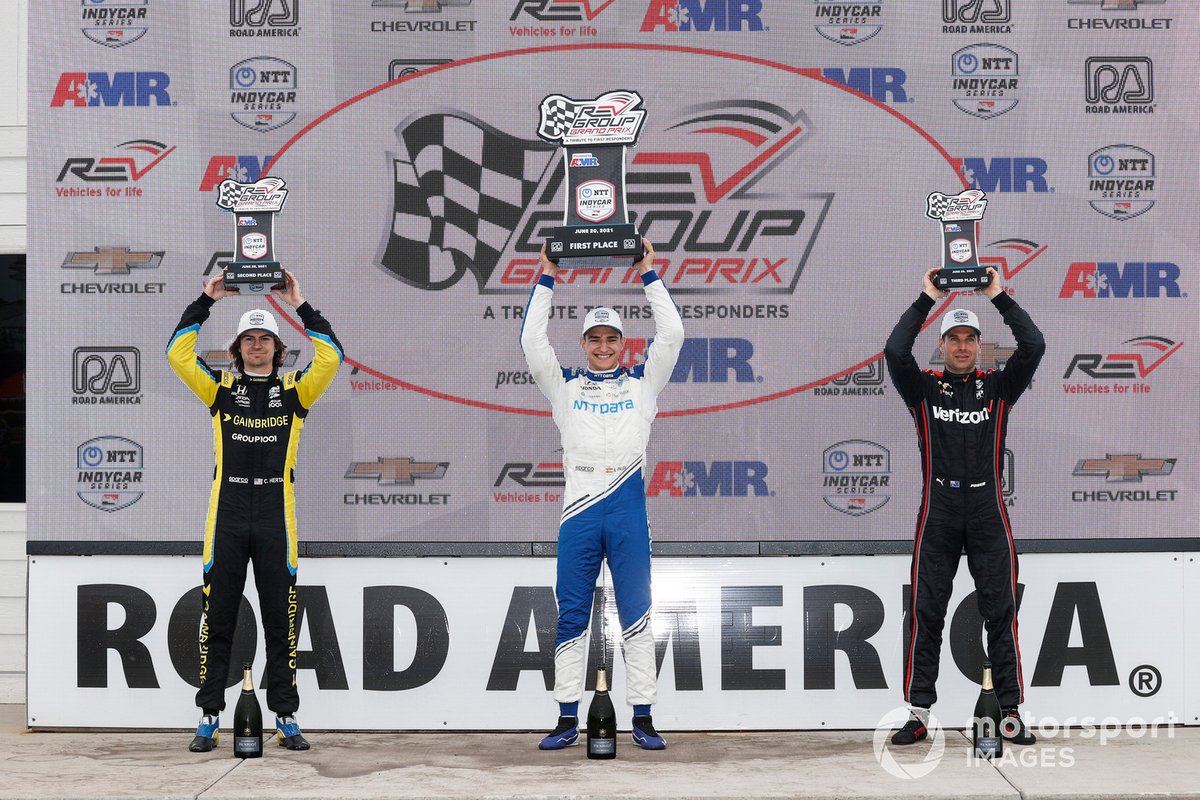 Elaborating further on the scarcity of podium finishes, Herta said: “We definitely have had the speed to do it everywhere that we've gone, which is nice, but we just haven't executed every single part, whether that be strategy or pitstops or me making mistakes on track. It hasn't all come together.

“It came together today, but we need to be doing it more consistently because we do have really fast racecars and we have the pace to be up front every single weekend.

“It's just a matter of if we can get it done in the race and have perfect races to get it done every weekend. We're working on it. It's getting better.

“This will be a big confidence boost for everybody. Fourth place last week in Detroit and then come here and get a second – we're definitely on the ball. We’ve just got to keep doing it.”