Romain Grosjean says he “felt a bit like Alex Zanardi” after his stunning drive to the podium with some wild overtakes at one of the most famed corner sequences on the IndyCar calendar.

During the 25th anniversary event of two-time series champion Zanardi’s famous ‘the pass’ move on Bryan Herta at the Corkscrew in 1996, Grosjean paid homage to the great Italian by overtaking a number of cars at the signature corner of the Laguna Seca track – including six-time IndyCar champion Scott Dixon.

Grosjean, whose future IndyCar plans should be revealed in the coming days, charged from 13th on the grid to score his third podium finish of the season in third place – passing 27 cars in total during the 95-lap race.

“I had a lot of passes on the Corkscrew, which was good,” said Grosjean. “Felt a bit like Zanardi, which is not a bad thing.”

The most dramatic moment of his race came when he collided with seven-time NASCAR Cup champion Jimmie Johnson at the Corkscrew in the closing laps of the race, both admitting they were fortunate to continue as Grosjean’s car briefly went airborne.

“I'm sorry we made contact with Jimmie,” said Grosjean. “I was definitely going in! I think Jimmie probably didn't see me. He was pushing hard to protect [second-placed team-mate] Alex [Palou] from me, which is the game. So we made a bit of contact.” 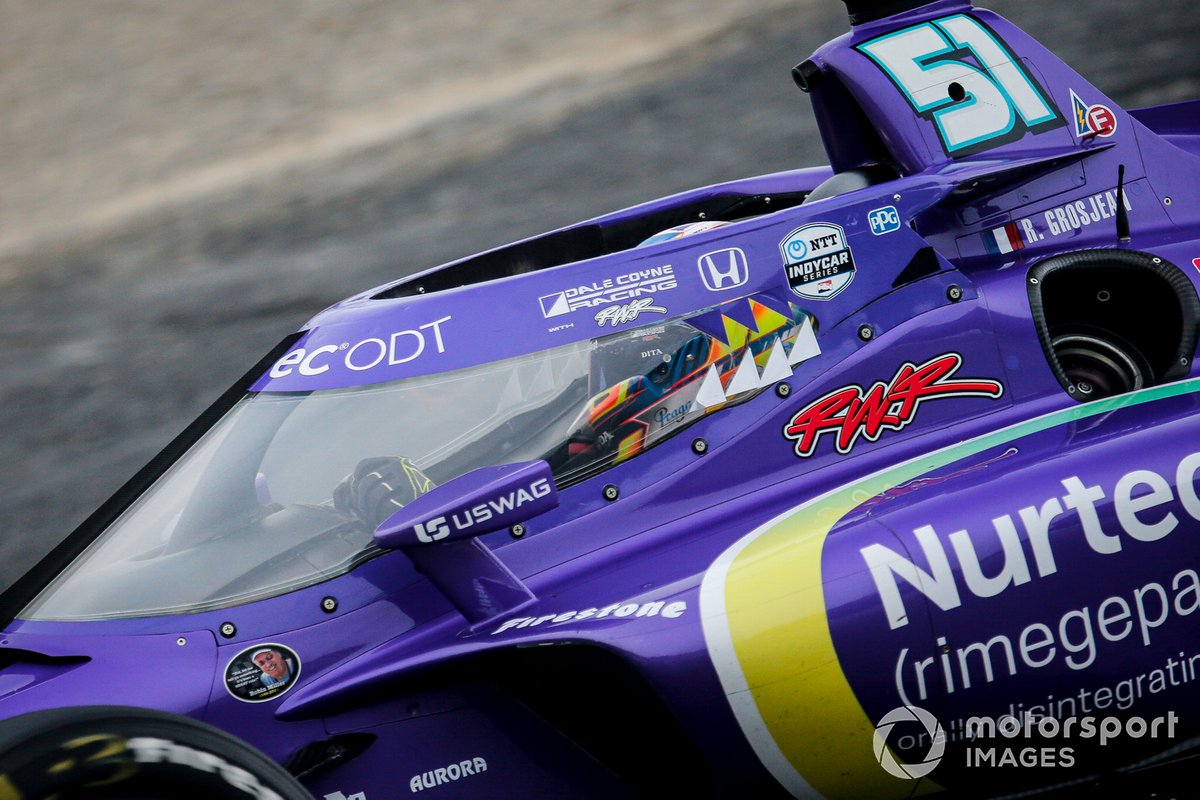 Johnson’s main concern was that he might receive a penalty for the clash, despite being on the receiving end of it as he was punted across the middle apex of the corner and missed the transponder on the corner. But Johnson continued to finish 17th of the 27-car field, which is his best result in the series to date and had earlier pulled off his own impressive pass at the Corkscrew on James Hinchcliffe.

“I thought our day was over,” admitted Johnson of the collision with Grosjean. “I couldn’t believe he threw it in that late on me. Luckily we both saved it!

“I thought I’d lost my wrist too, as the [steering] wheel went whipping around. I was worried about a penalty, but instead we got a career-best finish.”