For most of the session, Newgarden led with a 177.562mph lap but as two-lap qualifying simulations got underway, McLaughlin edged ahead with a 177.669mph effort.

With the 90-minute session being the only practice before this afternoon's qualifying and the race this evening, there was a lot of work for everyone to get through between qualifying sims, race runs on worn tyres and pitstop practice.

The Andretti Autosport-Hondas looked strong in race trim, and Ryan Hunter-Reay delivered a good mock qualifying lap with third fastest, ahead of Graham Rahal in the Rahal Letterman Lanigan-Honda.

Scott Dixon and Marcus Ericsson put their Chip Ganassi Racing-Hondas into fifth and sixth, but championship leader Alex Palou – who will take a nine-spot grid penalty for an early engine change following the blow-up at IMS last week – was only 17th. 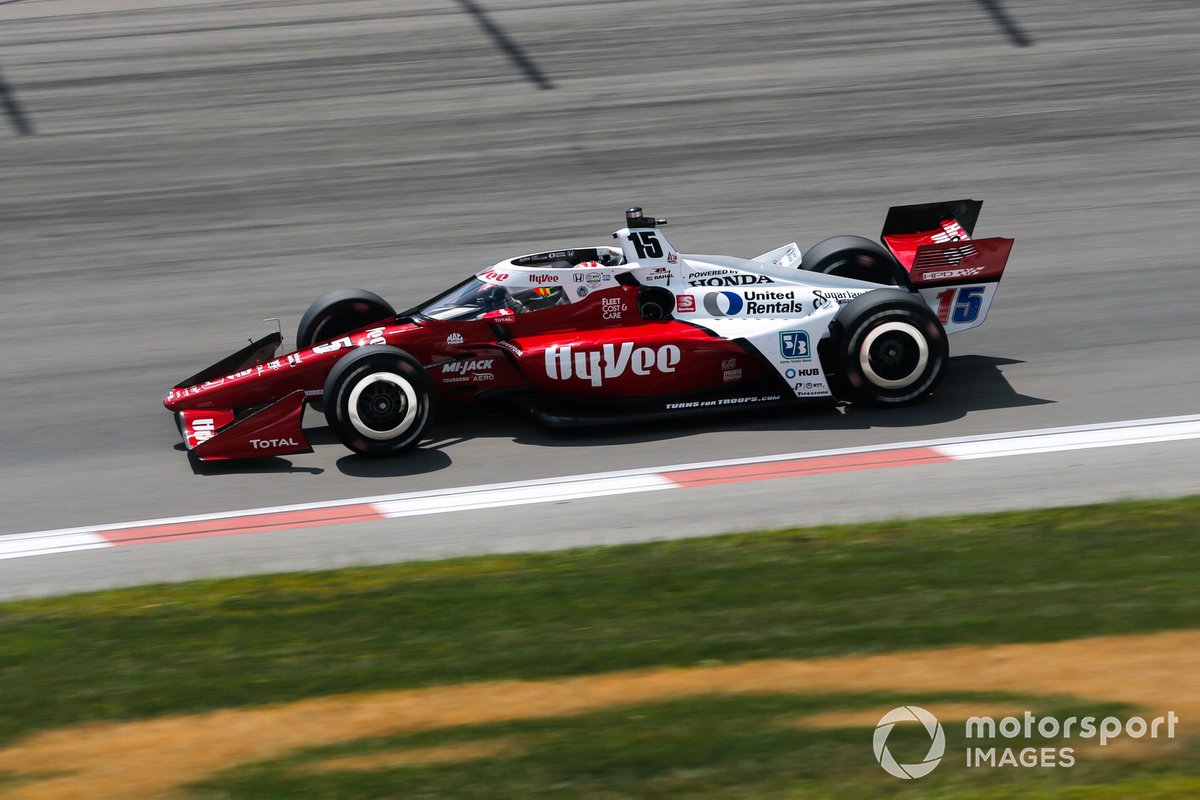 Felix Rosenqvist and Pato O’Ward ensured both Arrow McLaren SP-Chevrolets were in the top 10, sandwiching the Andretti cars of James Hinchcliffe and Colton Herta.

Ahead of his first ever oval race, Romain Grosjean did a fine job – and turned 72 laps – to set the 11th fastest time.

Sebastien Bourdais (AJ Foyt Racing) and Penske’s Will Power, the 2018 winner at the circuit, both turned more than 80 laps but languished down in 21st and 16th positions respectively.