Chip Ganassi Racing has renewed its deal with ex-Formula 1 racer Marcus Ericsson, and the Swede will continue with the IndyCar team on a multi-year contract

After a solid rookie season with what was then Arrow Schmidt Peterson Motorsports, highlighted by a runner-up finish in Detroit, Marcus Ericsson left to join Ganassi for his sophomore year.

Although there were no more podiums this season, he earned a fourth place at Road America and fifths at Gateway and Mid-Ohio to claim 12th in the points race, 15 points shy of team-mate and compatriot Felix Rosenqvist.

Ericsson, who started 97 F1 grands prix with the Caterham and Sauber teams, stated "I'm very happy to continue my relationship with Chip Ganassi Racing, Honda and HPD into 2021 and beyond. I want to thank Chip and the whole CGR organization for their trust in me.

"Chip Ganassi Racing is one of the best teams in motorsports and I'm proud to be part of the team.

"The season we've just finished has been full of potential and I feel confident that what we've learned together this year will help us succeed in 2021. I'm looking forward to getting back in the No. 8 Honda!" 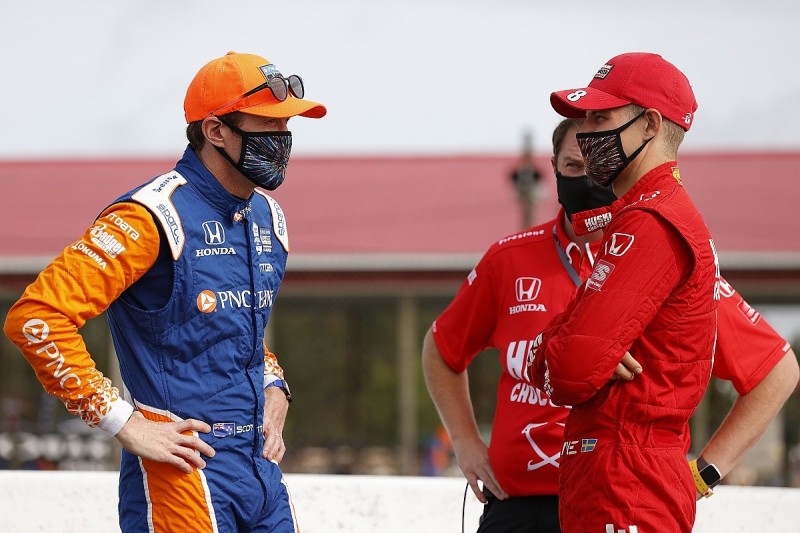 Mike Hull, managing director at Ganassi remarked: "Marcus proved that he belongs here, and this season he contributed to the success of our team greatly.

"That includes being unselfish to his teammates, especially with Scott Dixon who won the IndyCar championship.

"He's a great foundational piece of our overall program and he fits well within our group.

"That translates into success on the track, and we're glad to have him continue to grow and move the team toward into the future."

Ericsson remains at Ganassi alongside 2020 champion Dixon, although it is unknown who the team will sign to replace Rosenqvist, who is set for a move to the Arrow McLaren SP team in place of the departing Oliver Askew.

Ganassi also has seven-time NASCAR Cup champion Jimmie Johnson on its books, who has joined the team to "officially explore the possibility of racing a full road and street course calendar" over 2021 and 2022.

Dixon: O'Ward is "one of the best guys on the track" in IndyCar