Marcus Ericsson claimed his first IndyCar victory in a twice red-flagged opening race at Detroit, as long-time leader Will Power was cruelly denied his first win of the year.

Romain Grosjean’s late crash at Turn 9 produced the second red flag with five laps remaining, with Power seemingly set to beat Ericsson and claim his first victory of the season – two weeks after a disappointing Indianapolis 500.

But as the engines were started back up again ahead of the restart, Power’s was unable to fire up which left him stranded in pitlane and snatch victory away from the Australian.

Ericsson, having been chasing Power throughout the final pair of stints, assumed the lead and the Chip Ganassi Racing executed a perfect restart to streak clear of the chasing duo of Rinus VeeKay and Pato O’Ward.

Converting his 15th-place grid slot into victory, this was Ericsson’s first race win since the 2013 GP2 feature race at the Nurburgring.

The race was first paused after a horror crash for Felix Rosenqvist at Turn 6, and the red flag was flown on lap 28 after the Arrow McLaren SP driver had a stuck throttle and hit the tyre barrier straight on.

The Swede had to be extricated from the car and was thankfully conscious, while the barriers had to be repaired as the concrete blocks were knocked back in the impact.

Rosenqvist was taken to the in-field care unit by the Detroit medical team for preliminary checks, before being moved to hospital for further evaluation.

Once the race was restarted under yellow flag, the yet-to-pit runners peeled in after the first lap under the pace car – elevating Power into the lead ahead of Ericsson. 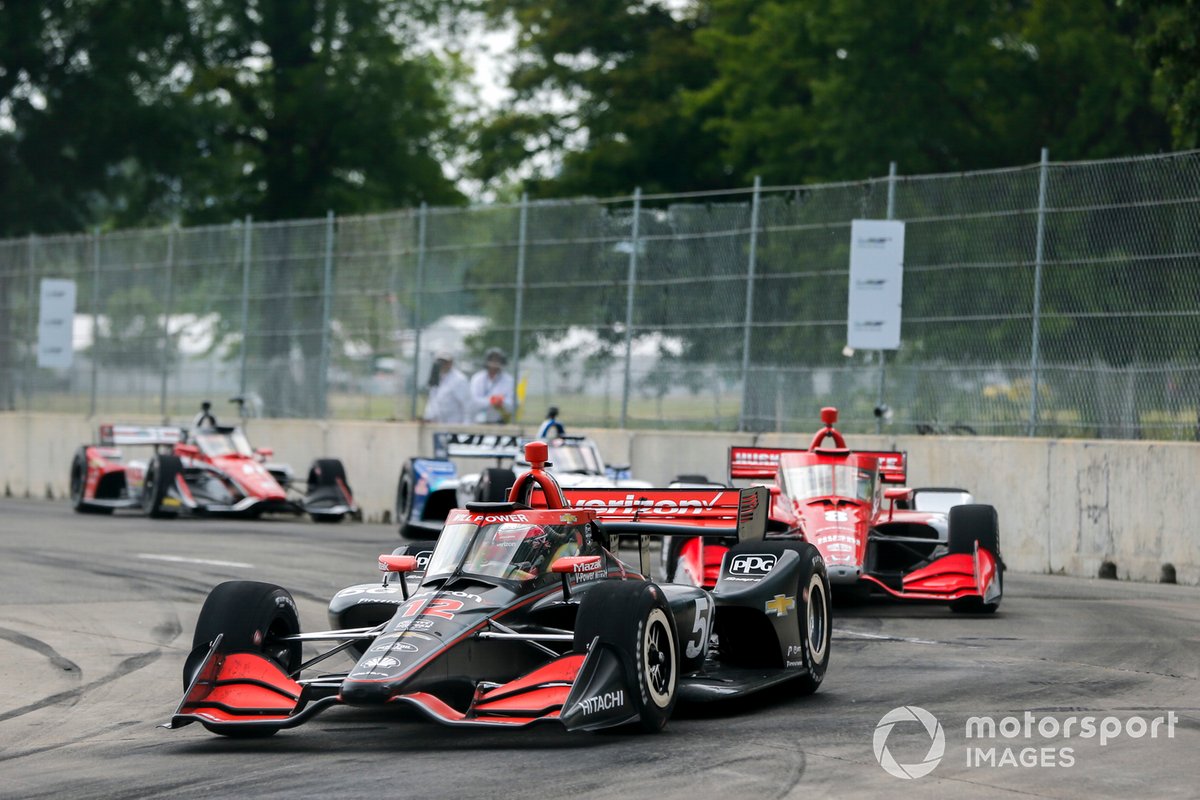 Power was then under pressure from Ericsson, who in turn had VeeKay on his tail after the Dutch driver had overcome Takuma Sato – and the three were separated by a second until Penske driver Power found enough pace to start building a lead.

The leading pair then pitted at the end of lap 48, Power managing to crack open the gap to Ericsson slightly, but Penske team-mate Josef Newgarden – looking to get ahead and chase Santino Ferrucci ahead prior to their own stops – put a robust pass on Power at Turn 5.

This brought Ericsson further into play, and the ex-Caterham and Sauber Formula 1 driver managed to wind Power in and sit within a second of the Chevrolet-powered car prior to the final red flag.

With the cars brought to the pitlane, Power asked for his mechanics to bring a fan to the car having been worried that the electronics would overheat – but his request was in vain as his car could not fire up in time for the restart, and he was eventually classified 20th.

VeeKay, having been passed by Sato two laps before the final red flag was waved, repassed the Japanese driver to get up to second – and was followed through by O’Ward moments later to set up a thrilling scrap for second.

But despite O’Ward’s best efforts in the final collection of corners, VeeKay held on to secure the runner-up spot on track, crossing the line just under 0.2s ahead of the Mexican driver. 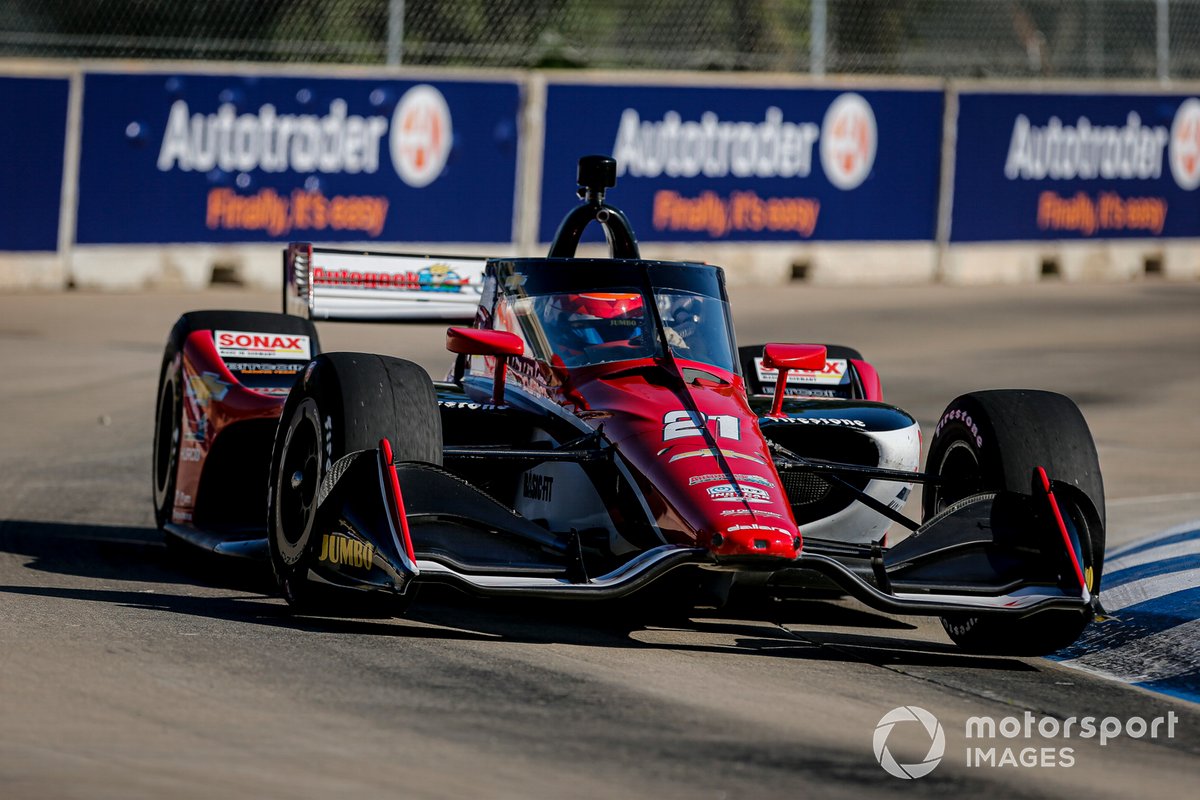 Sato led home a trio of Rahal Letterman Lanigan cars, who all began the race well outside the top 10, but made use of the stop-start nature of the race to move up the order.

Graham Rahal, who started 20th on the harder tyres on an alternate strategy, finished fifth, as Santino Ferrucci’s robust passes on Simon Pagenaud and Ed Jones late on in the race helped the part-time driver secure sixth place.

Alexander Rossi was in among the early contenders for victory, fighting with O’Ward in the opening laps for the lead, and although the Andretti driver made good headway rising through the pack after his early pitstop to ditch the soft tyres, he could only manage seventh.

Scott Dixon claimed eighth, also running the alternative strategy, finishing ahead of Jones - who had fallen down the order having taken to the restart in sixth.

After losing his rear-left wheel following his first pitstop, Newgarden put in a valiant drive to recover from the back. Making use of the wavearound, the two-time IndyCar champion managed to rescue 10th, ahead of Sebastien Bourdais and Pagenaud, whose nose was put out of joint by Ferrucci’s tactile pass late on.