Dale Coyne expects to be able to confirm his 2021 IndyCar line-up by the middle of next month, amid speculation that drivers with Formula 1 experience could be in contention

With Alex Palou moving to Chip Ganassi Racing and Santino Ferrucci's future as yet undecided, the identity of Dale Coyne Racing's lineup has been the centre of much interest this winter.

Several drivers who competed in F1 this season are without a confirmed race seat in any series for 2021, including Daniil Kvyat, Romain Grosjean, Alex Albon, Jack Aitken, Pietro Fittipaldi and Nico Hulkenberg.

Only Haas reserve Fittipaldi has specifically expressed an interest in IndyCar in recent weeks, but all have appeared on Coyne's list of potential drivers for 2021 over the past two months.

Race-winning Formula 2 drivers who find themselves unable to graduate to F1 for 2021 have also been on Coyne's radar over the past several months.

"It's been quiet the past two weeks due to the holiday season, but we expect talks will begin again by the middle of next week," Coyne told Autosport.

"We should have everything wrapped up by mid-January.

"Our first test isn't until 1 February at Sebring, so we've got some time to nail down the drivers we want and to make the best decision for the team."

While acknowledging that he expects AlphaTauri refugee Kvyat would be "tough" and "great in our style of racing", Coyne said that a return for Fittipaldi - who raced part-time for the squad in 2018 was "more likely".

Coyne confirmed that Eric Cowdin, who served as race engineer for Palou in 2020, has departed to run Ganassi's #48 car that will be shared by ex-NASCAR legend Jimmie Johnson and Tony Kanaan, with Ross Bunnell promoted to race engineer role in his place. 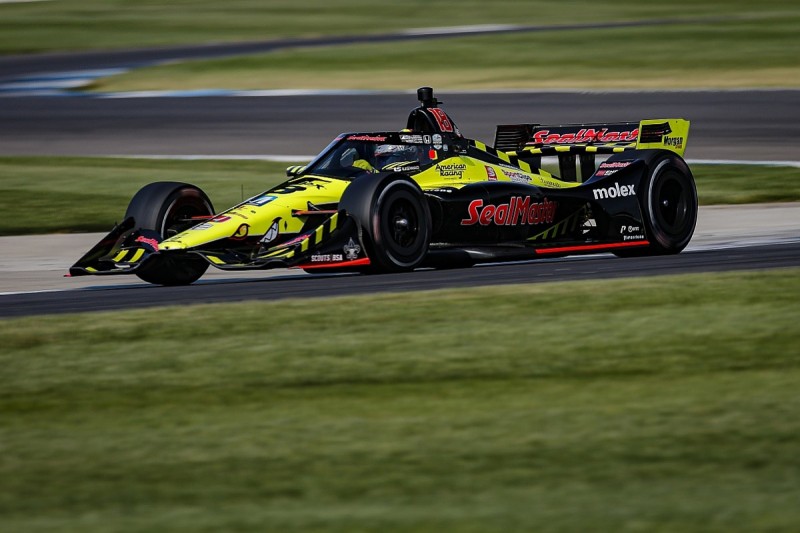 "He's young and a really good 'ideas' guy, and also got a bunch of experience working with Eric and also Olivier [Boisson, race engineer for Ferrucci].

"We're pleased to have him stepping up. Honestly, if Eric hadn't been available last winter, we'd have been good with Ross becoming race engineer a year ago. He's good."

Coyne said that he didn't want to break up the Ferrucci-Boisson combination if Ferrucci decides to stay, but said the final decision on which car Bunnell will be assigned to won't be made until drivers are signed.

"Right now, we don't know what Santino will be doing," Coyne said.

"If we need to get two new drivers, Olivier and Ross will engineer whoever we think they'll work best with."