McLaren CEO Zak Brown reckons the racing in IndyCar is “awesome” but believes the information relayed to TV viewers could be enhanced.

McLaren joined forces with what was previously the Arrow Schmidt Peterson Motorsports team toward the end of 2019 to form Arrow McLaren SP, and Brown has long been a huge fan of Indy car racing. Now he says the product is as competitive as ever it has been, but believes it’s possible to enlighten viewers and heighten the drama.

“I think the on-track product is good – five races in, five different winners,” he told a select group of journalists. “Here we are coming into the Indy 500 and there’s 15-20 cars that can win. I can’t recall IndyCar ever being more competitive than it is today.

“It would be nice to have two or three chassis like there used to be, add a little bit of excitement at least from my standpoint… I know it’s probably not economically feasible to see those days again, but I thought it added a little bit of spice. 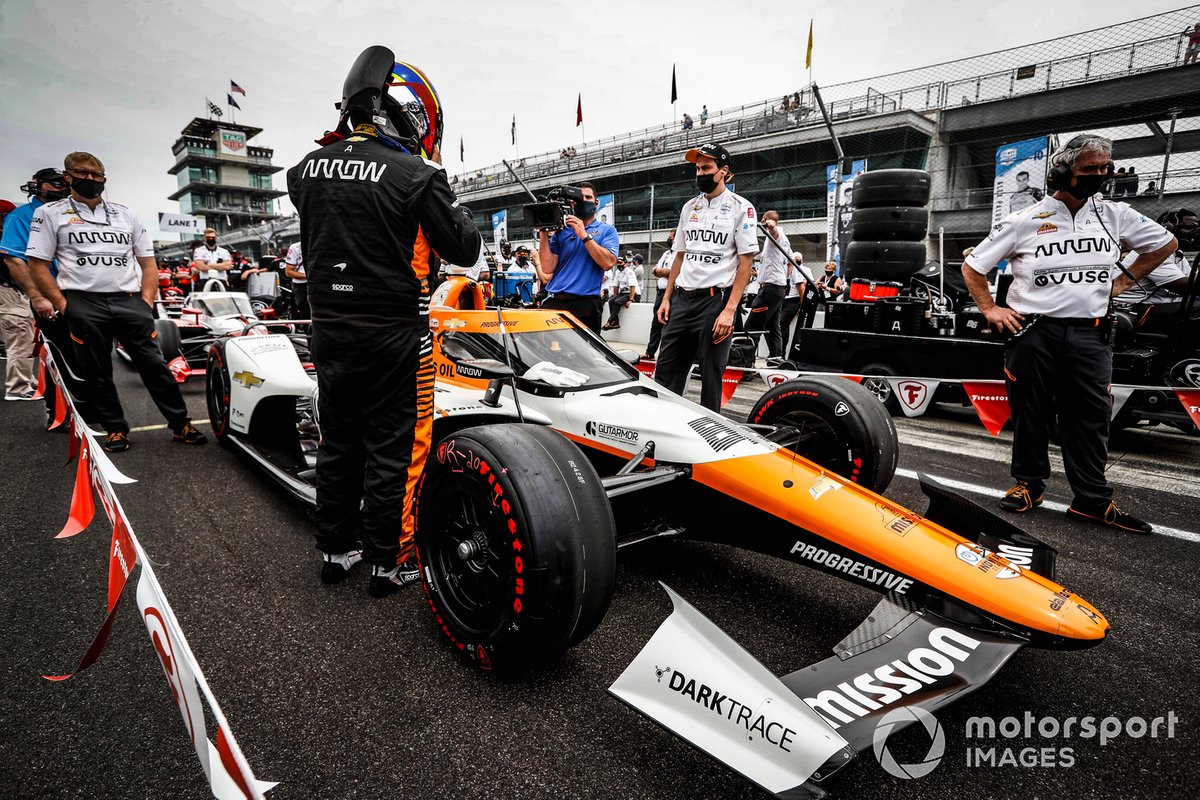 “The caliber of the drivers is as strong as ever, and they might not be quite the household names as you had with Andretti, Sullivan, Fittipaldi and Unser – that might just be my age talking a little bit! But I think the racing product’s great.

“I think Roger came around at exactly the right time; he’s certainly the best guy in global motorsport, full-stop, so I can’t think of a series being in the hands of someone better than Roger.

“Like the push-to-pass situation isn’t very clear. Qualifying is better now that they show the red and green [graphics showing who’s currently on a quicker or slower lap than the current fastest], but it doesn’t quite have the technology story. A year ago, you found out who’d put in the better time when they crossed the start/finish line. I think the ticker they use at Indianapolis Motor Speedway to show where the driver’s tracking [to finish on the grid] is good.

“So I think the product’s great, the drivers are great, the ownership is in the right hands, the calendar’s good, but I think we could see some broadcast enhancements to make the TV show yet more exciting and bring a little more drama to the front. Watching the last race, I’m still unclear on how [Rinus] VeeKay caught and passed [Romain] Grosjean – it just kinda happened, and I think that was a really exciting race.

“Needs more data, and predictive data – “Here’s what’s happening and VeeKay might do this in 10 laps” – rather than it just sort of happening. So that’s the area where there’s an opportunity to continue to build the sport to bring a bit more drama and insight to how the race plays out.”

Asked if he felt IndyCar should follow Formula 1’s example in that regard, Brown replied: “If you look at the Sky Formula 1 broadcast and the way they use data to tell the story – because, quite frankly, an IndyCar race usually can be more exciting on the track – and if you look at how Formula 1 can portray that a Formula 1 weekend is really exciting… the broadcasts do the story telling that it’s quite exciting, and I think there’s room for improvement there [with IndyCar].

“At the same time, I think there’s things like helmet cameras [in IndyCar] that I think are awesome and that Formula 1 should take. So I’m in a fortunate opportunity to see both, and I think there’s learning needed by both sides.”