Sebastien Bourdais says he'll avoid setting targets for his return to IndyCar after it was announced he will contest this year's final three rounds ahead of a full 2021 season.

Bourdais was originally signed to share the #14 AJ Foyt Racing Chevrolet this year with Tony Kanaan and Dalton Kellett.

However, after he tested impressively for the squad in Spring Training at Circuit of The Americas and then at Sebring, Bourdais saw his chances of competing for the team dwindle due to the COVID-19 pandemic and its repercussions.

But Bourdais will finally make his race debut for Foyt in next month's Harvest Grand Prix double-header on the Indianapolis road course before also racing in the St Petersburg finale.

Bourdais, whose full-time job this year has been racing a JDC-Miller Motorsports Cadillac in the IMSA SportsCar Championship, will then become a full-time Foyt driver for 2021.

The Frenchman says he does not know if it will be possible to repeat his giant-killing feats from 2018, when he led the championship in the early stages for Dale Coyne Racing after winning the St Petersburg season opener.

"We see a very tough field, and expectations can lead to mistakes," said Bourdais.

"Obviously if you have things going your way, in 2018 (below) we were just kind of shot out of a cannon!

"We were leading the championship and stuff like that. We did it in '17 as well.

"And then sometimes you have a lot of pace and have nothing to show for it. 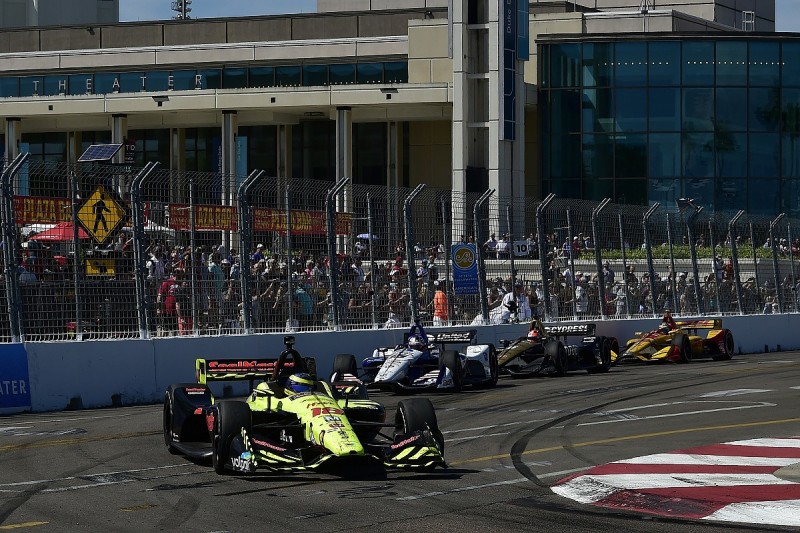 "So I think I'll be very happy if we can show that the team has the potential that I think it has, then just keep on making it better and taking it one step at a time.

"Seeing progress in the situation we're in right now is definitely going to be what we're reaching or looking for.

"On top of that, if we can be competitive fairly quickly, that would be great... but sometimes you have to be patient and take what comes to you.

"For me, everywhere I feel like there is a good opportunity in IndyCar and I can add something to the table, I'm going to be interested.

"It's where my heart is - I love driving those cars. Who doesn't want a good challenge?"

AJ Foyt Racing president Larry Foyt added it was important to get Bourdais back in the car this season ahead of his full-time campaign in 2021.

"We thought it made great sense to get this started now," said Foyt.

"We wanted to give us the best chance to go into 2021 being competitive.

"I have no doubt he can get the job done and whoever his team-mate is going to be, I think will benefit from Sebastien being there.

"Everyone knows we're one of the smaller teams in the paddock, but I think the way the IndyCar formula is now, you can still be very competitive.

"Our goal is to grow - [signing Bourdais] is a big piece of that."