The Andretti Autosport trailer carrying Colton Herta's car to the opening round of the 2020 IndyCar Series at St. Petersburg has caught fire in Florida 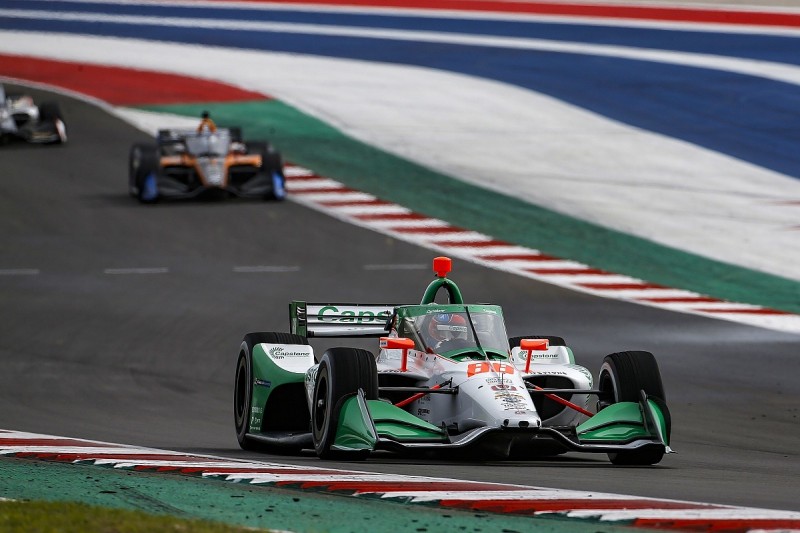 The trailer was barely 20 minutes from the paddock in downtown St. Petersburg when the incident occurred in the early hours of Wednesday morning.

According to local broadcaster Bay News 9, Florida Highway Patrol closed one lane of the I-275 and is investigating the cause of the fire. No injuries have been reported.

Andretti Autosport confirmed the news, initially stating: "We want to thank everyone for the outreach and concern.

"We are still evaluating any damages and hope to have an update soon.

"We are thankful to report that no one was harmed, and want to thank our transport drivers and local first responders for their quick action and support."

Shortly after this statement was issued, the team released an update, confirming only "minor and cosmetic" damage appears to have been suffered.

Andretti says it has sent its Indy Lights squad, which was already in Florida for a test, to further assess the situation, while back-up equipment is also being prepared for departure from its Indianapolis base.

Currently, it does not foresee its ability to compete this weekend being "compromised".

"At this time, damages to the #88 car appear to be minor and cosmetic, caused by heat, smoke and/or water," the second statement read.

"We have no current reason to believe that any competition or mechanical aspects of the car have been damaged or compromised.

"Our Indy Lights team is already in Florida for testing and is now en route to St. Pete to help evaluate and assess.

"Additionally, we are sending a team of IndyCar crewmen from Indianapolis to St. Pete today in advance of the team's full arrival tomorrow.

"We are also preparing back-up pit equipment at the Indy race shop.

"This equipment and a spare transporter will depart Indianapolis today as well."