Alonso positive he can fight for the lead at Indy 500

Fernando Alonso believes his car is strong enough to get to the front of the Indianapolis 500, after making a "step forward" in today's Carb Day final practice. 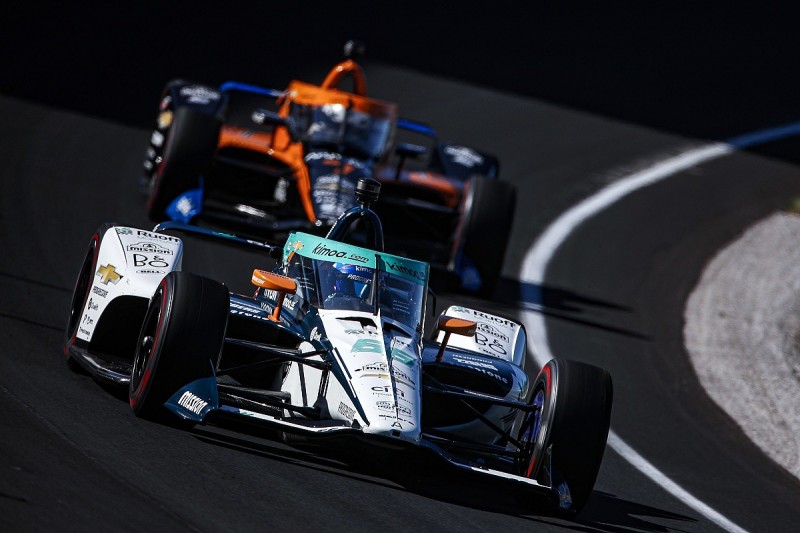 The two-time Formula 1 world champion was only 23rd on the speed charts at the end of today's two-hour session and will have to climb from 26th place on the grid, the middle of the ninth row, on Sunday.

But asked by NBC post-practice if the car was good enough to get to the front, he responded with an unequivocal, "Yes."

He said: "You always learn things. We had a couple of test items to analyse in today's practice.

"At least two were positive, one of them was negative so I think we made another step forward with car balance and confidence in the car, so we're quite happy with the results.

"And next time in the car is the big one."

Alonso is trying to complete motorsport's triple crown of conquering the Monaco Grand Prix (which he's managed twice), the 24 Hours of Le Mans (also twice) and the Indianapolis 500.

Although last year he was hampered by a disorganised effort from McLaren which resulted in an infamous DNQ, Alonso proved himself at the Speedway in 2017 running in a McLaren-backed Andretti Autosport car.

He qualified fifth and was running in the lead pack in the race's final quarter when his engine let go.

Last week he shunted in practice which damaged some of the specially prepped Speedway-specific parts, which hurt his qualifying speed, but his race engineer Craig Hampson told Autosport he was confident the Arrow McLaren SP team could recapture most of that pace. 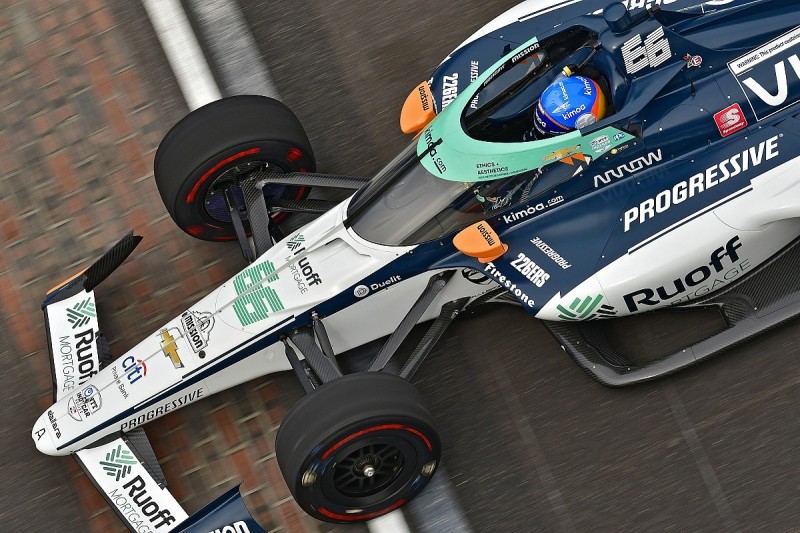 Looking ahead to Sunday's race, Alonso commented: "It's going to be a challenge for everyone.

"I think this year's car is a challenge in terms of traffic, following, and setting up the car.

"It's going to be hotter on Sunday as well.

"There are many factors that will make the car and the race difficult for everyone so we just need to rely on strategy, on luck, on pure pace, chasing the balance in the pitstops, and to make the car fast for the final part of the race.

"We're starting at the back so it's even more challenging - but we love these kind of things."