J.R. Hildebrand will return to the AJ Foyt Racing IndyCar team to contest the five oval races on the 2022 schedule, including the Indianapolis 500.

The team's #11 entry is raced on road and street courses by series rookie Tatiana Calderon, who finished 24th on her series debut in last month's St. Petersburg season-opener.

But Hildebrand, who finished 15th in the Indy 500 with Foyt's team last year, will take over from Calderon for oval races at the Texas Motor Speedway, Indy 500, the Iowa double-header and Gateway.

The 34-year-old, who won the Indy Lights title in 2009, will partner inexperienced duo Kyle Kirkwood - the reigning Indy Lights champion - and Dalton Kellett.

Hildebrand has made 11 Indy 500 starts since 2011, with a best finish of second in his first attempt with Panther Racing. He looked set to win that year having led onto the final lap, but ran wide passing the lapped car of Charlie Kimball at Turn 4 and hit the wall, allowing the late Dan Wheldon to pass him.

"I’m excited to have this opportunity to get back in the car, do a little more racing, and work with the AJ Foyt Racing squad again," said Hildebrand.

"Although the results may not have looked special on paper, I was really impressed by what we accomplished last year at the 500 and look forward to attacking these other ovals on the IndyCar schedule alongside Kyle and Dalton."

Team president Larry Foyt said: “We had a great experience working with J.R. last year, and there is no doubt he is very competitive at Indianapolis.

“He is still very motivated to drive IndyCars and is a setup-savvy, technical driver who will be a strong addition to our oval races this year." 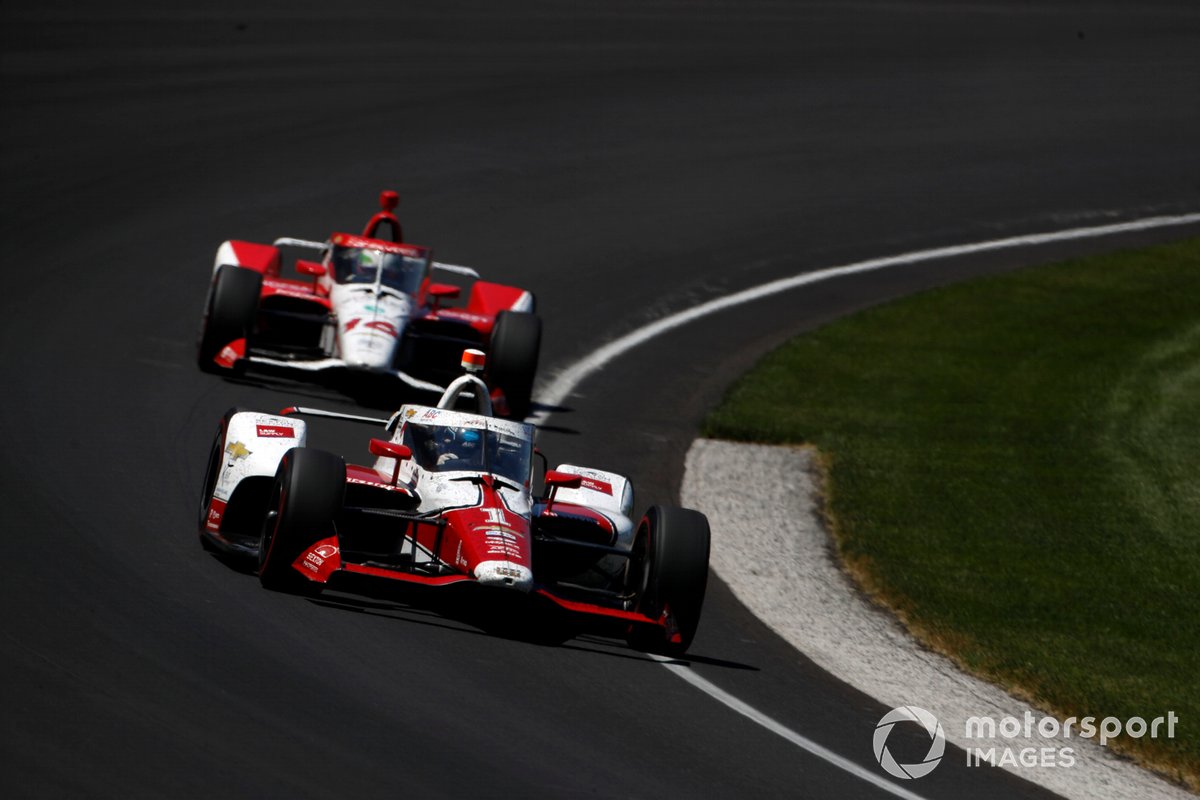 At Indy, Hildebrand has qualified in the top 10 on four occasions and posted four top 10 finishes.

In his most recent full-time IndyCar season with Ed Carpenter Racing, in 2017, he took podium finishes on the Phoenix and Iowa ovals.

Since then he has been a regular Indy-only driver, contesting the IndyCar blue ribband for Dreyer & Reinbold Racing between 2018 and 2020 before switching to Foyt last season.

"More to come" from Grosjean after encouraging Texas IndyCar test

Unser Jr: "A matter of time" for Johnson to achieve top fives in IndyCar