Colton Herta headed an Andretti Autosport 1-2-3 in the second and final IndyCar race of the double-header weekend at Mid-Ohio, as points leader Scott Dixon finished 10th after a spin.

There was drama on the opening lap as first-time front row starter Santino Ferrucci attempted to drive around the outside of poleman Herta at the Turn 4 right-hander, only to end up running off the track and onto the grass.

Herta led the early stages of the race ahead of championship leader Dixon - who came into the weekend with a mathematical chance of sealing the title - and his Andretti team-mates Ryan Hunter-Reay and Alexander Rossi.

Hunter-Reay and Dixon banged wheels into Turn 4 on the 20th of 75 laps and Rossi slipped by Hunter-Reay to move into a net third position which soon became second-place when Rossi passed five-time series champion Dixon.

With Hunter-Reay right on the rear of the points leader, Dixon made a rare unforced error when he spun his Chip Ganassi Racing-run machine on the exit of Turn 1 and dropped to 20th position. 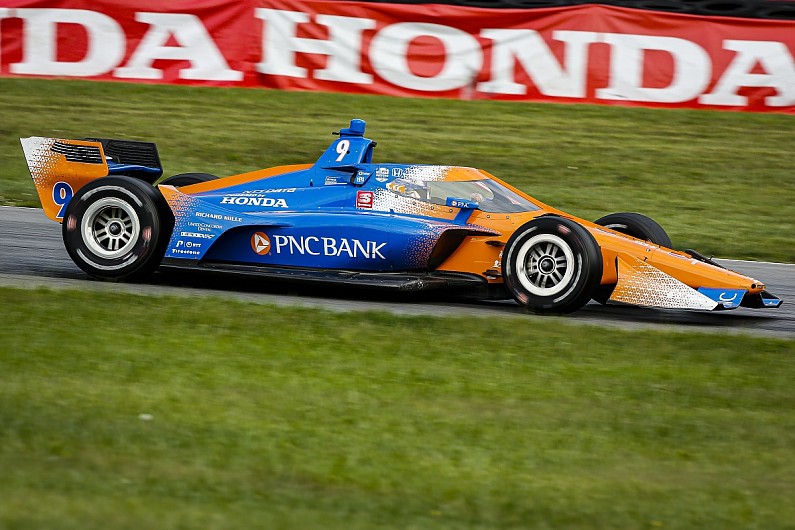 Herta's team-mate Marco Andretti was another driver to make a mistake at the first turn which dropped him from an out-of-sequence second place to the rear of the field.

There were no such troubles for 20-year-old Herta, who claimed his third IndyCar victory and his first podium appearance this season.

His Andretti stablemates Rossi and Hunter-Reay completed the podium positions to earn their best results of the year.

Simon Pagenaud made his first top 10 appearance since the second race at Iowa in July with sixth place, ahead of his Team Penske team-mate Will Power, who charged from a qualifying spin-induced 17th on the grid to finish in seventh place.

The third Penske of reigning series champion Josef Newgarden was eighth ahead of Arrow McLaren SP's Pato O'Ward, who was another driver to start from the back of the grid after crashing in a rain-hit qualifying.

The top 10 was completed by Dixon after he passed IndyCar rookie Rinus VeeKay on the final lap of the race to limit the damage to his championship lead.