Like Fernando Alonso, Johnny Herbert tried to find success in America's greatest race following wins in Formula 1 - as he told us in the 9 May 2002 issue of Autosport magazine - but things didn't go to plan

Strange, isn't it, how we take for granted that anyone operating at the top level of their chosen sport has a passion for their endeavours, yet when they fall off the pedestal we assume they will just jack it in and live off the fruits of their successes?

Johnny Herbert is different. Excluded from Formula 1 after two barren years (barring that remarkable win at the Nurburgring in 1999) with Stewart/Jaguar, he could have slipped comfortably into at least semi-retirement.

But he was enthusiastic enough to swallow his pride and take up a test driver role at Arrows for the 2001 season, and then sought to continue his single-seater career in the United States. Not for him the easy way out into touring cars.

Now his latest endeavours have reached fruition. Tests last autumn with Indy Racing League team Heritage Motorsports and Champ Car squad Dale Coyne Racing didn't lead to anything. Nor did negotiations that could have landed him a CART seat with Sigma Autosport. But now, finally, he is on the eve of making his debut in US single-seater racing.

And it's in the biggest US single-seater race of them all. If all goes well, on 26 May Herbert will start the IRL's blue riband event - the Indianapolis 500 - in a Duesenberg Brothers Racing Dallara-Chevrolet. It doesn't faze him. 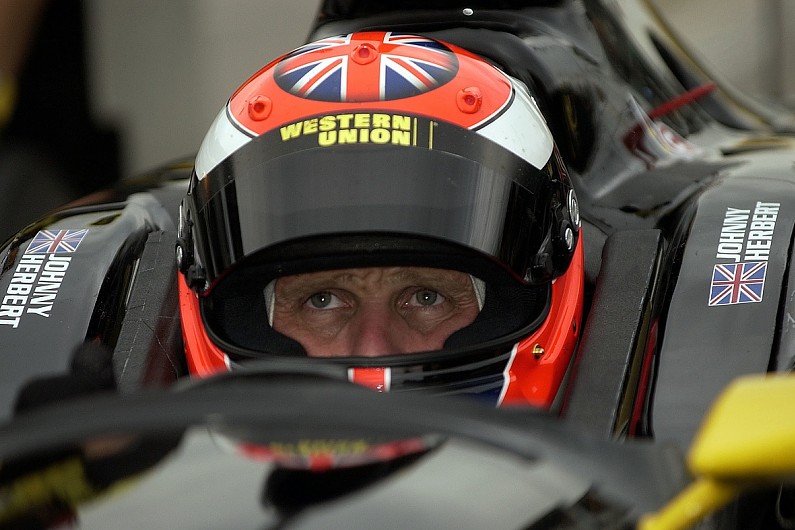 "The 500 is not going to be easy," he admits. "It's my first oval race, but I think I'm capable. It's a bit like way back when I did my first ever car race - I just jumped straight in and did the Formula Ford Festival [in 1983].

"It's a big, big challenge, but I've always been up for that. I've done everything in circuit racing, and now I want to do ovals."

The Duesenberg team, effectively Beck Motorsports under a new name, is not one of the bigger operations in the IRL, but the series' low-tech philosophy means that even those with strong resources, such as Penske and Menard, cannot steal too much of a march.

"Yeah," considers Herbert, "the chassis have been the same for the past few years and the aero package comes out once a year, so you're pretty restricted on what you can do.

"There are little things, the engine for example, but even then you're not talking a lot. It's a couple of mph - that can make a difference, but that's nothing compared to F1, where you may as well pack your bags and go home."

Instead, keeping the car loose enough not to scrub off speed in the corners, yet with enough grip to get through them flat-out, is vital: "Exactly. That's what it's like with Sam Hornish [the reigning IRL champion, below]. I noticed at Fontana he went round corners and the engine was screaming its nuts off and never changed tone.

"When Eddie Cheever and some of the others were going round you could hear the change in tone where they were scrubbing [speed]. Hornish just seemed to get the car going very free. 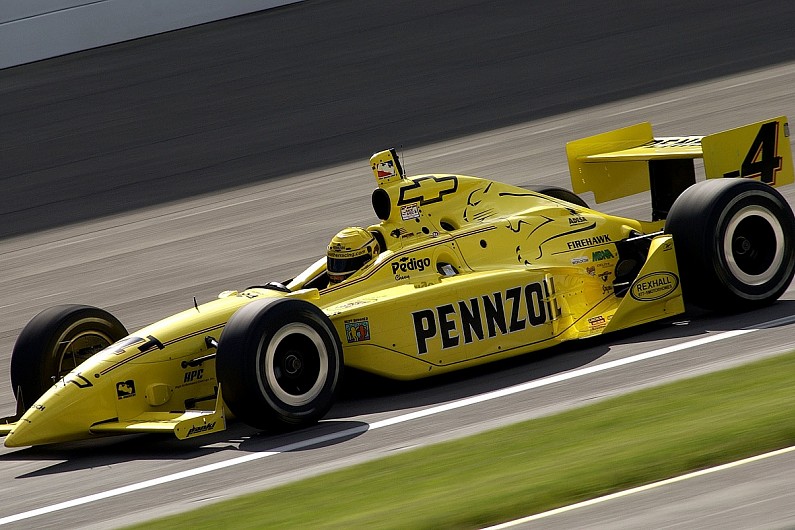 "Yes, I'm not with a Menard or a team like that," continues Herbert, "but Beck finished fourth [in the championship, with Billy Boat] last year and team boss Greg Beck has got a lot of experience. After running with him at Indy last week I know he's more than capable of sorting it out and giving me a good car for qualifying. He's regarded fairly highly out there because he's been at the Brickyard for quite a few years. He knows about it.

"You could get a brilliant young engineer, but from what I understand Indy is something totally different. You can be very quick at the beginning of the month and then just get lost on set-up and fall by the wayside by the time you come to qualifying."

Herbert is confident he can deliver the goods on the all-important Pole Day this Saturday, but it will be a different experience when he is running in the turbulence of other cars during the race.

"I haven't followed two or three cars together yet," he says, "but I don't think it will be too much of a difference from F1 or F3 - it will just be a higher speed. This car will react in its own way, but it shouldn't be too much of a shock - I've followed cars through Blanchimont [at Spa].

"You get people saying, 'oh be careful, mind them walls' and stuff, but I've always been a guy who's been able to judge where my limit is. I just need to be able to get on top of it and be able to concentrate for 500 miles."

Fair enough, but there are other drivers in the IRL who clearly don't know their limits. Herbert has been seriously injured in the past, but as you might expect the danger aspect is not part of his psyche. When you worry about that, you might as well pack it in.

"There's a danger at any track," he declares. "Yes it's a high speed, the g-forces are higher and there have been a couple of injuries recently, but that's as far as it's gone. You've just got to take precautions and I will treat it with respect." 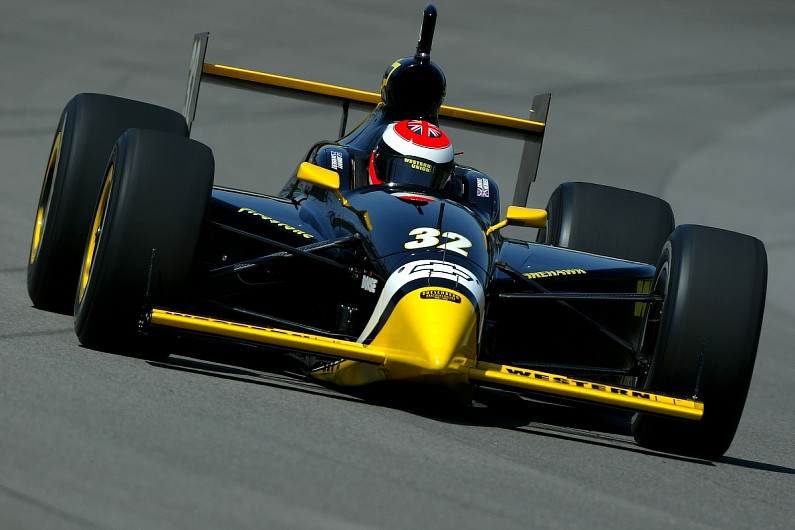 But can he win? It's a big task, but if anyone has an affinity with the grand occasion, it's Herbert. Just look at his victories at the Formula Ford Festival in 1985 and Le Mans in 1991, both when his career needed a boost.

"I'm not going there expecting to win," he says, "but if I can go well and be in a position to possibly win - brilliant. I want to impress and get my future out there."

All said with the passion of a man still shooting for the stars.

Sadly, the then 37-year-old fell some way short of the stars and failed to make the grid after the main qualifying sessions. That gave him a dilemma - try to make the race on Bump Day or drive the Champion Racing Audi R8 with which he was contesting the American Le Mans Series at Sears Point, or find a way of doing both, perhaps by getting someone else to qualify 'his' car at Indy.

"I don't want someone else to get in the car and qualify," said Herbert, "because then you'll have people saying, 'he's got someone else in there to qualify and then he gets back in it to race it'. I want to prove the point that I can do it and it's not a nice situation."

Herbert decided to use a private jet to try and appear at both Indy and Sears Point but, following practice laps at Indy on the Saturday, decided to focus on the ALMS encounter, in which he finished a close second with Tom Kristensen.

Memo Gidley was lined up to qualify the Dallara, but failed to post a time after the Bump Day was curtailed by rain.

Duesenberg crew chief Beck said: "If he'd stuck around he'd be in the show right now." But Herbert said it was "the right decision". 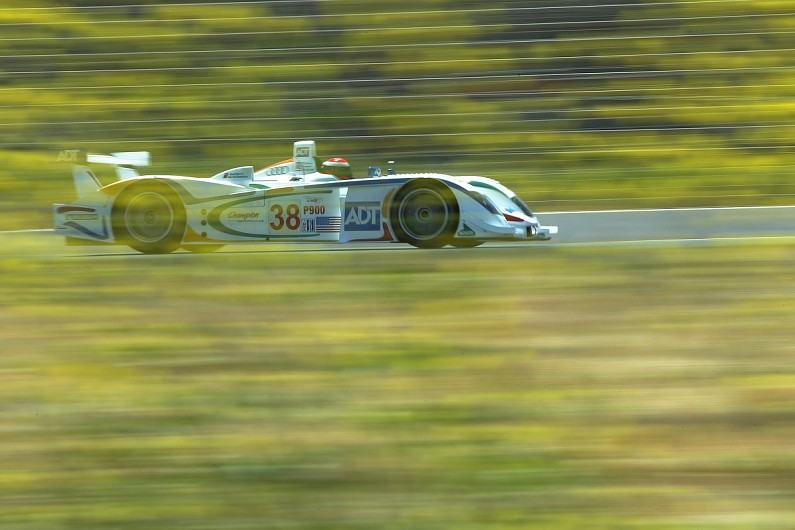 Herbert never returned to attempt another Indy debut, but did make a career in America in sportscar racing. Herbert was fourth in the 2002 ALMS standings and third in 2003, when he won Petit Le Mans with JJ Lehto.

He is now a member of the Sky Sports F1 team, but his enthusiasm for competition remains undimmed and Herbert's latest on-track adventure is to race an Ensign in Historic F1. 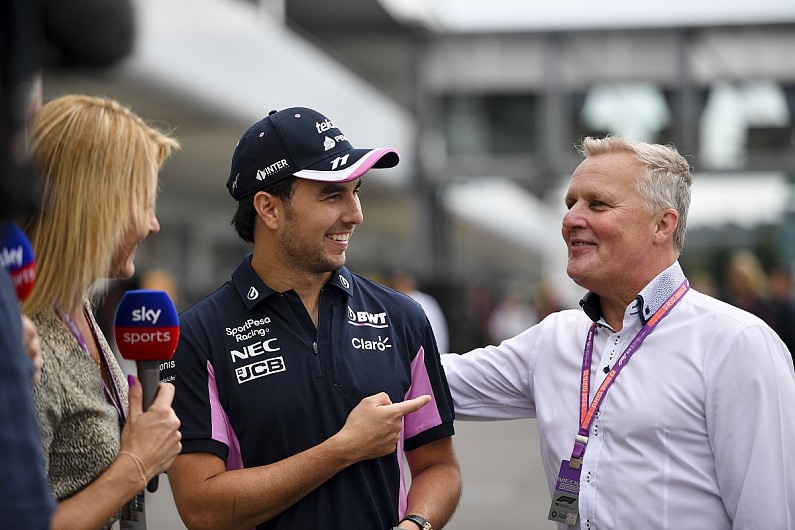