Bobby Rahal has paid tribute to 1981 CART Rookie of the Year Bob Lazier, who died from complications arising from coronavirus at the age of 81 on Sunday.

Lazier won the 1971 Formula B class at the SCCA National Championship Runoffs, competed in the USAC Mini Indy Series and in Formula 5000 before graduating to the CART Indycar Series in 1981 with Robert Fletcher's team.

At 42 years of age, he was old for a rookie, but his past experience in road course racing was to prove useful that season as he took on oval specialists still grappling with the art of turning right as well as left during CART's early days of track diversification.

Although Lazier's engine let go at the Indianapolis 500 - not part of the CART championship that year - he impressed elsewhere.

Alternating between a new March 81C and one-year-old Penske PC7, Lazier would finish ninth in the championship and earn the 'Rookie of the Year' honour.

Key to that title were three top-five finishes, all scored in the Penske and all accrued at the championship's three road courses that season - Riverside, Watkins Glen and Mexico City.

The following year, Lazier returned to the Indy 500 with Wysard Racing but withdrew on the first day of qualifying and retired, following Gordon Smiley's fatal crash.

His sons Buddy (pictured below) and Jaques went on to become open-wheel racers, with Buddy proving to be particularly successful - winning the first Indy Racing League-run Indy 500 in 1996, the 2000 IRL title and then racking up a further four wins in 2001, which was the same year Jaques claimed his sole win. 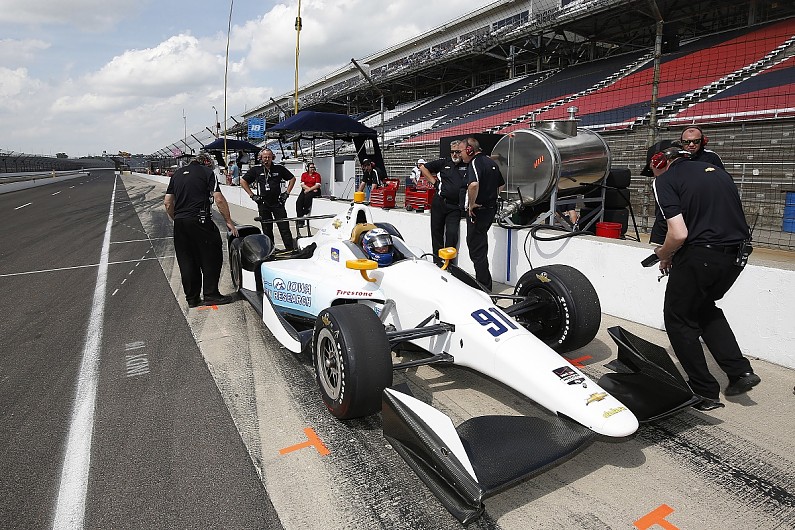 Lazier owned and ran the Lazier Racing Partners team that entered Buddy at the Indy 500 from 2013-2017, and he also took part in the SVRA Brickyard Vintage Racing Invitational at the Indianapolis Motor Speedway.

IMS President Doug Boles and two-time Indy 500 winner Arie Luyendyk were among those who paid tribute via social media when the news of Lazier's death was announced.

"Sadly, we lost fellow member Bob Lazier this past week due to complications from coronavirus," Rahal said.

"Bob's energy on and off the track was dynamic, first as one of the key developers of Vail, Colorado, and then on race tracks throughout North America.

"Successful in Formula B in the early '70s, culminating with Rookie of the Year honours at the 1981 CART Series, Bob was always enthusiastic and supportive of the sport he loved so much.

"Our deepest sympathies go out to the entire Lazier family."