Indy Lights championship leader Oliver Askew says his test IndyCar test with Chip Ganassi Racing in a current-spec IndyCar next week can "open doors" and is the "biggest opportunity" he has had in his career.

Askew, 22, has impressed in his junior career, winning the Mazda Road to Indy Shootout at Laguna Seca in 2016 and the USF2000 title the following season.

He finished third the 2018 Pro Mazda season and leads the Indy Lights series with three rounds remaining this year.

The Andretti Autosports driver in Indy Lights will test a current-spec Ganassi car as Andretti does not have IndyCars available for Askew to test.

"It's massive, probably the biggest opportunity I've had," said Askew of his chance to test for the team which fields reigning champion Scott Dixon and impressive rookie Felix Rosenqvist in IndyCar.

"If I do well in the test and win the [Indy Lights] championship, I think it's going to open a lot of doors for us.

"I'd like to be with a top team to be able to put myself in a good position to get some good results in my first few years in IndyCar.

"With that being said, I still need to win the championship at the end of the day.

"We're working with an agency and they take care of a lot of the off track for me. We finalised everything with Ganassi last week.

"Andretti wasn't in a position to put me in its car this year, so we had to look elsewhere." 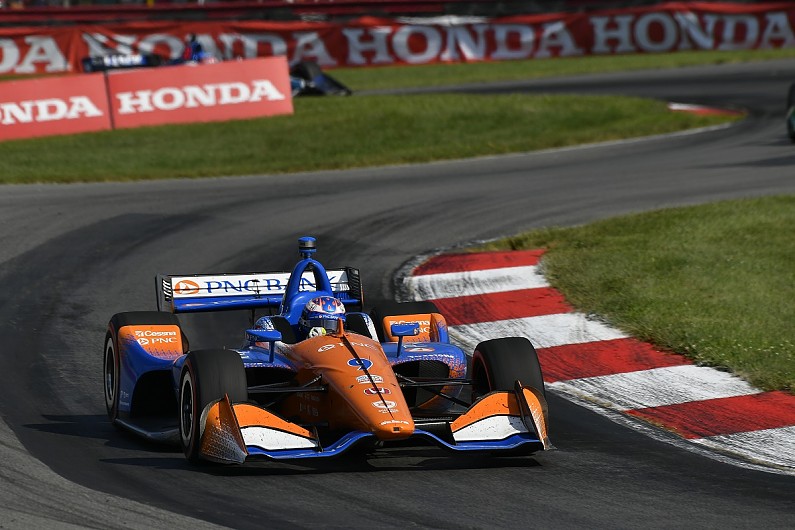 A number of IndyCar teams will use the next few weeks as an opportunity to test.

Askew's rival in Indy Lights - Rinus Van Kalmthout, who races under the name Rinus Veekay - will test with Ed Carpenter Racing-Chevrolet at Portland International Raceway on August 7, the same day as Askew.