The collision occurred just 45 minutes into the endurance classic when the two Cadillac DPi-V.R drivers were approaching GTD traffic on the run to the Turn 17 hairpin.

Action Express Racing driver Derani, a three-time Sebring winner, had made a move to the inside of van der Zande just as the Dutchman's Chip Ganassi Racing machine was squeezed by the Heart of Racing Aston Martin of Ian James.

Contact was made and the pole-sitting AXR car that Derani shares with ex-Formula 1 driver Felipe Nasr and Mike Conway came off worst, breaking a steering arm and a rear suspension link against the inside wall.

IMSA stewards decided it was a racing incident and took no further action.

After climbing out of his car, van der Zande told NBCSN: “I think Pipo should be in horse jumping, he’d be a world champion.

"He thinks he can go over people instead of passing them in a nice way. In the last five, six races we saw him doing all kinds of moves like this.

“I mean, I like the guy, he’s a great guy to talk to, but on the track he’s just too wild. He was almost wiping out four cars in one time in that last Turn 17 corner. 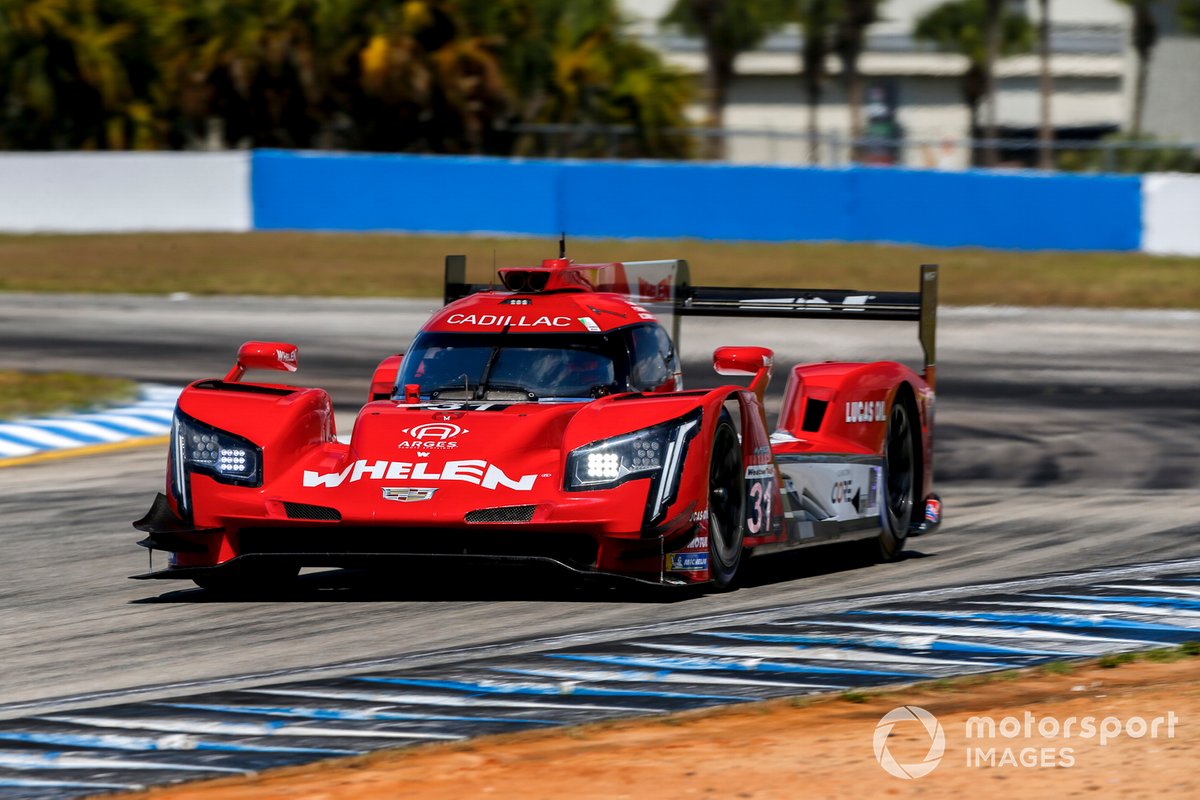 "I think for Pipo he just needs to chill out. He’s taken himself out far too many times now, and I just feel bad for the team.

"I think they have a fast car, the car to win today, but not so clever.”

Action Express engineer Tim Keene disputed that view of the incident and believes van der Zande should have been penalised for the clash.

“We obviously don’t agree with no-call on that,” said Keene.

“With it being early in the race, and on cold tires, we had position on the #01, we felt he just turned us into the wall.

"We just seem to be the bug in those situations and it’s kinda getting old.”

Following repairs, the car is three laps down on the race-leading Wayne Taylor Racing Acura currently being driven by Filipe Albuquerque.

His WTR team-mate Ricky Taylor had earlier passed CGR's Kevin Magnussen when the ex-Haas F1 racer was caught in traffic.

At the three-hour mark, Albuquerque led the CGR Cadillac driven by Scott Dixon, with stablemate Simon Pagenaud third in the car that seven-time NASCAR champion Jimmie Johnson spun at Turn 17 in the opening hour.

Johnson, who also crashed the car in qualifying, explained that he was caught out by the marbles and bumps off-line passing GTD traffic before he spun and clipped Loic Duval's JDC Miller Motorsports Cadillac.