Norris and di Resta drove their first laps in the team's Ligier JS P217 at Paul Ricard in a two-day test held on Tuesday and Wednesday this week.

Alonso was not present, having reportedly visited the Toyota Motorsport headquarters in Cologne on Tuesday to begin preparations for an expected LMP1 outing in the World Endurance Championship's rookie test.

"I could only spend the first day at Paul Ricard before I headed to Brazil," said di Resta.

"It was an interesting and good experience to see what the LMP2 Ligier is all about.

"It was the first time I have ever shared a car on a test day and despite the height difference with Lando, we worked well together, and it was really a good, fun day."

The track was modified to exclude the chicane on the 1.12-mile-long Mistral Straight on Wednesday, when only Norris was present.

"I enjoyed the experience, the Ligier is a fun car to drive, and I'm now really looking forward to getting to Daytona," said Norris, who is unlikely to drive the car again before next January.

"I quickly adapted to the power, downforce, tyres and fuel loads.

"I've had limited running over the past two days and it's a tricky car to nail everything and bring it all together. 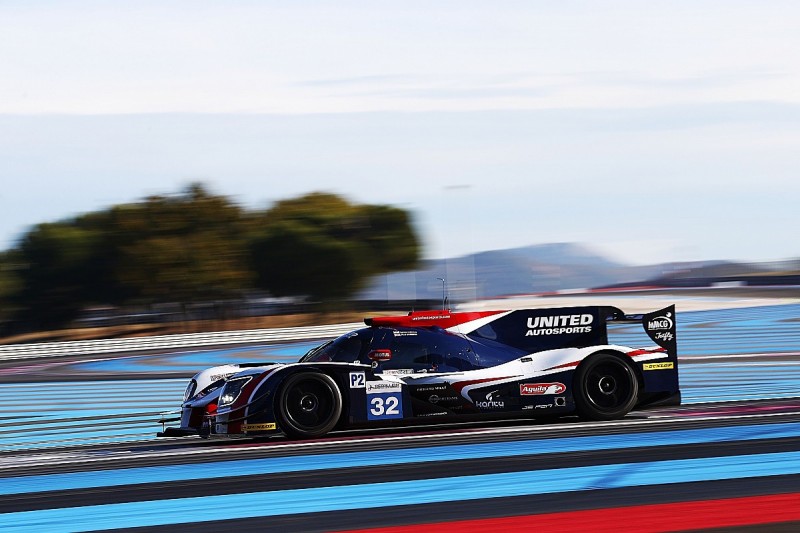 "I wasn't 100% comfortable in the car or with the car itself but United will modify my seat and the rest is down to me clocking up more miles which I'll do at the Roar [the official test before the 24 Hours].

"The tyres will be different, Dunlop here compared to Continental at Daytona, and I ran on new and old rubber combined with long and short runs to get a good feel concerning the differences of a heavier car than I'm used to driving.

"It was actually nice to have a roof over my head for a change as my head wasn't buffeted around by the wind."

Norris, who does not turn 18 until next week, will become McLaren's official reserve driver in F1 next season.

He will take part in the official Pirelli tyre test for McLaren next Tuesday after the Brazilian Grand Prix, before flying to Macau in time for qualifying for the Formula 3 blue-riband event.

Norris is sharing his Ligier with Alonso and Phil Hanson at Daytona, while di Resta will drive with Will Owen and a yet-to-be-confirmed driver.

Alonso has been tipped to drive the LMP2 machine before the 'Roar' test on January 5-7, possibly as early as this month.