The IMSA SportsCar Championship has altered its calendar in light of revised COVID-19 guidelines, with both the Six Hours of Watkins Glen and the GT-only Lime Rock event being replaced

The Watkins Glen round, which traditionally comprises part of the four-race Michelin Endurance Cup together with the Daytona 24 Hours, Sebring 12 Hours and 10-hour Petit Le Mans at Road Atlanta, was due to be staged on 6 September having been postponed from its original 28 June date amid a calendar reshuffle.

Watkins Glen's NASCAR round had already been cancelled last month and been replaced with an additional race on the Daytona road course.

The Georgia venue follows Daytona in hosting two rounds in 2020.

IndyCar races at Laguna Seca and Mid-Ohio - the latter scheduled for next weekend - have also been cancelled, but both tracks remain on the IMSA schedule for the time being.

Meanwhile, the GTLM and GTD classes have lost the planned 12 September round at Lime Rock in Connecticut, and will instead run a 100-minute race on Charlotte Motor Speedway's roval the following month.

It will share the bill with on NASCAR on 10 October.

IMSA's statement said that it "continues to monitor state and local COVID-19 guidelines which may make additional schedule revisions appropriate in the coming weeks." 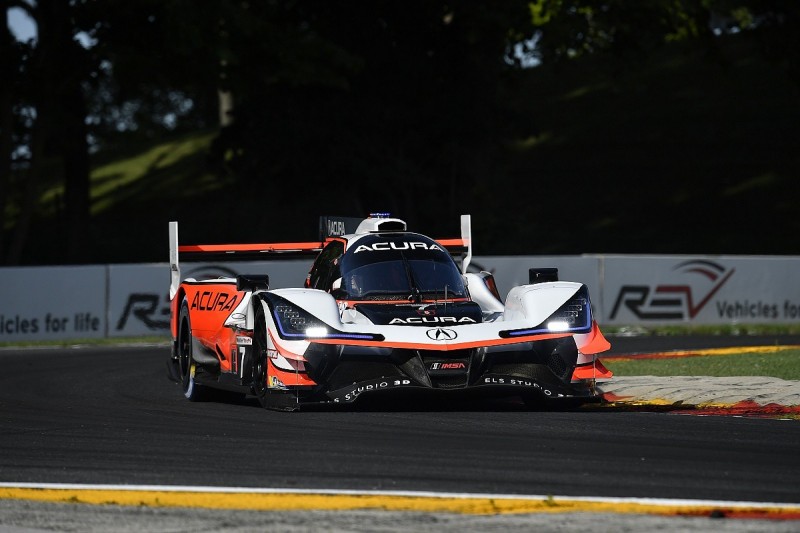 The session was red-flagged with minutes to go when Felipe Nasr spun the Sebring-winning Action Express Racing Cadillac into the gravel, at which point Taylor's lap of 1m49.061s was enough to see off reigning champion Cameron by 0.318s in a reversal of the FP2 order.

Mazda team-mates Harry Tincknell and Tristan Nunez will start the 2hr40 minute race from the second row, while Nasr lost his best time for causing the red flag and was demoted from fifth to seventh behind Ryan Briscoe's Wayne Taylor Racing Cadillac and the JDC-Miller example driven by Joao Barbosa.

In LMP2, Patrick Kelly was fastest for PR1/Mathiasen Motorsports, a second faster than Henrik Hedman of DragonSpeed.

Laurens Vanthoor took pole for Porsche in the GTLM class ahead of the two Corvette C8.Rs of Jordan Taylor and Oliver Gavin, while Aaron Telitz claimed the top spot in the GTD class in his AIM Vasser Sullivan Lexus.