GT aces Matt Campbell of Porsche and BMW’s Philipp Eng say their step up to prototype racing has been challenging but claim they’re both ready for January's Daytona 24 Hours.

Australian Campbell, who will race in the new GTP class of the IMSA SportsCar series alongside ex-F1 racer Felipe Nasr in a 963, said the car is “totally different” to what he’s raced before but working on a project from the start has accelerated his learning.

The 963 will make its debut in the season-opening 24-hour race at Daytona after an intense testing programme that has been impacted by the development of IMSA’s new, single-source electrical hybrid system.

“It’s been smoother than expected,” said IMSA's reigning GTD Pro champion Campbell when asked by Autosport about the switch, “But obviously a lot to learn.

“I think I can speak on behalf of the team and the drivers because we’ve still got to learn a lot about the car and its systems. We’re learning together and at a rapid rate, but the transition has been enjoyable so far.

“Obviously it’s totally different from what I’m used to, coming from GT, it’s a big step up, but I’m really enjoying the process and being involved with the factory full-time. So it’s really cool.”

Campbell admitted that the new hybrid system has added to the complication of driving the car, which has led to Porsche issuing a 30-page driver manual for the steering wheel alone.

“For me it’s all new, so I’m trying to get an understanding of all the systems as quickly as possible,” he added.

“Luckily the team is also in the same style of rapid development rate like myself, so along with the more experienced drivers everyone is on the same page and learning together.

“There are new updates every time we drive the car, there’s always something to learn on the steering wheel.” 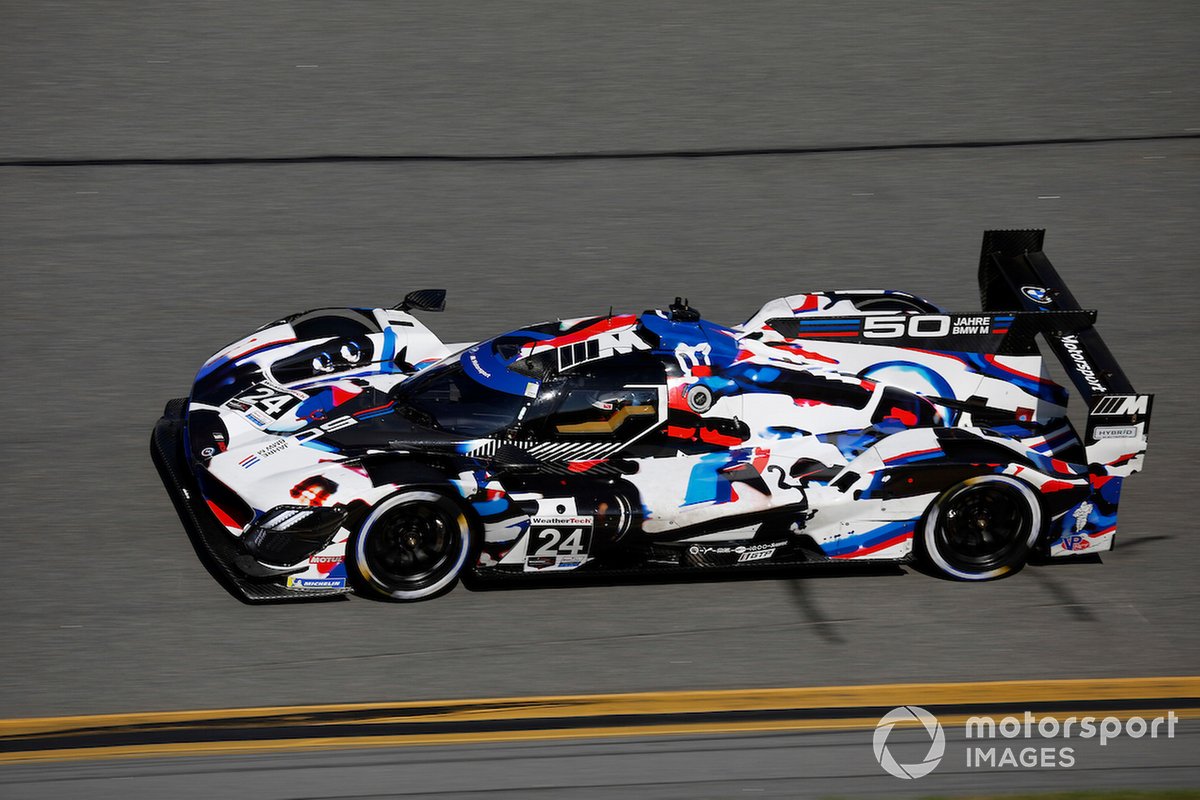 His class rival Eng, who won the GTLM class of the Daytona 24 Hours in 2019 and has raced for BMW in GT3 events around Europe, compared the M Hybrid V8 to his time in the DTM.

“Class 1 was insanely fun, but LMDh is already brutal,” said Eng, who has been testing the car since the summer. “It really demands everything from you as a driver.

“When I ran the first few laps in Aragon, that was really mega! Because of the aerodynamic efficiency, you basically have to tell that the car is still accelerating almost right up to the point of braking. You just have an extreme amount of power. It's a hell of a lot of fun!

“The biggest challenge for me personally in the beginning was getting used to the seating position. You sit in there very differently than in a GT3 or a Class 1 car. You feel like you have relatively little car in front of you because the engine and transmission are behind you. So you also have a different perception of speed.”

Eng will race for BMW's factory Rahal Letterman Lanigan team in the LMDh machine this year, and the car will then also contest the FIA World Endurance Championship with WRT in 2024.

Having tested a Formula 1 car in 2008, as a prize for winning the 2007 Formula BMW World Final, he views sportscar prototypes as the most extreme racing machinery outside of F1: “100 percent. The only driving aid we have is traction control. And you really need that with the performance.”