From Vice to F1: The story of Miami's other grands prix

Formula 1 has never raced in Miami before 2022 but plenty of other forms of motorsport have been active there – some even using the banner of the ‘Grand Prix of Miami’ long before F1 came to town.

Miami used to play host to a downtown street race event, promoted by Cuban-American businessman Ralph Sanchez, that started with a layout in Bayfront Park for IMSA sportscars to race along the public roads of Biscayne Boulevard in 1983.

The 1985 and 1986 IMSA Camel GT events were extensively filmed for an episode of Michael Mann’s cop drama Miami Vice, in which Danny Sullivan (runner-up with AJ Foyt in Miami in 1986) made his acting debut. The episode had a false start, when Mann tried (and failed) to land Mick Jagger to play this role!

In the episode – entitled Florence Italy – Sullivan plays Danny Tepper who pilots the Lowenbrau-sponsored Porsche 962 that was driven to victory in the actual 1985 race by Al Holbert and Derek Bell (who makes a cameo appearance). Accused of murdering a sex worker, who is hurled to her death from a speeding Porsche Carrera 6, fictional cops Sonny Crockett (Don Johnson) and Ricardo Tubbs (Philip Michael Thomas) discover that the real culprit is Tepper’s father Frank, who is racing against his son in a March 84G – driven in the real event by none other than two-time world champion Emerson Fittipaldi and Tony Garcia.

“Miami’s always been fun for me,” says Sullivan, who was also a winner in the 1980s at the nearby Tamiami Park in the CART Indycar Series, driving for Roger Penske. “It’s been a great motorsport city mainly because of the late Ralph Sanchez. He was the guy who put on those great events.

“I ended up shooting Miami Vice – it really is a fabulous place, with a lot of South and Central American and European influence – and I think it helped that the city was very car-centric. We shot the scenes at the track right on Biscayne Boulevard. The town was good to me – great restaurants, great nightlife, and the races I had here were good to me too.” 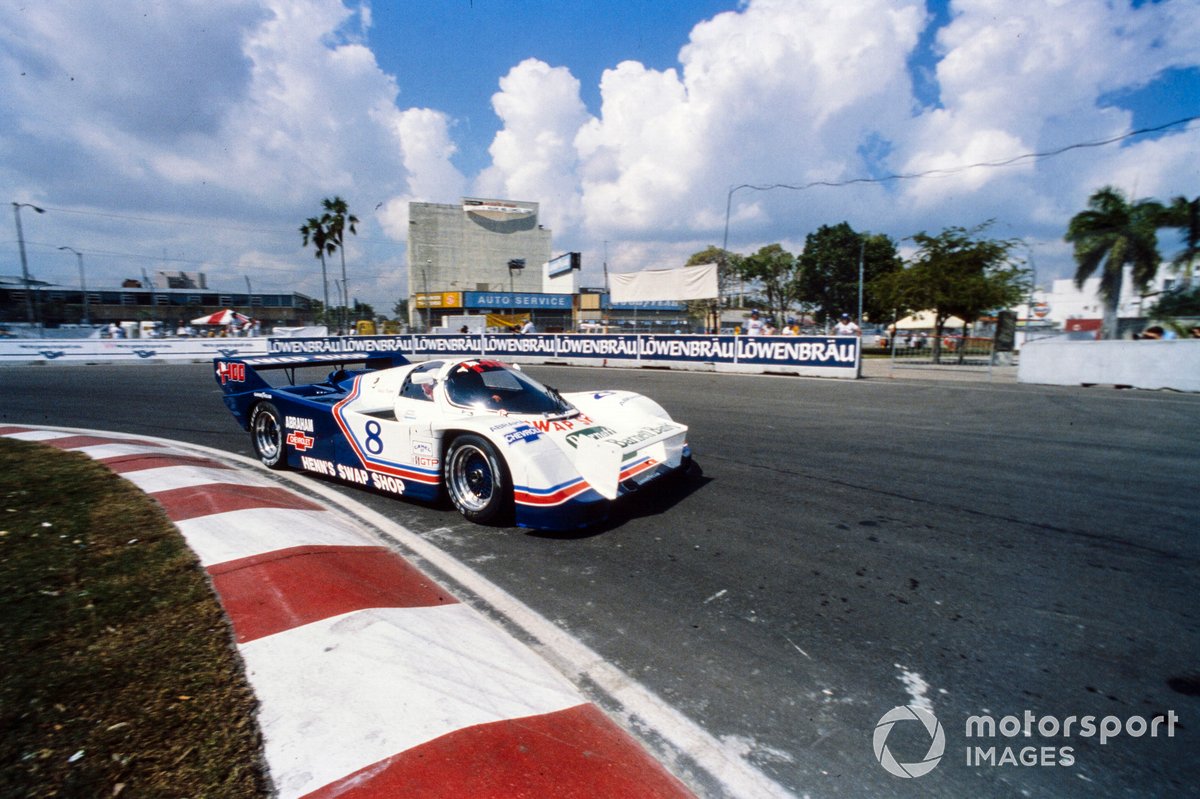 Sullivan got to have some fun with Miami Vice’s leading light Johnson, who was a Golden Globe-winning TV star and went on to play movie roles in blockbusters such as Django Unchained and Knives Out.

“I took Don Johnson around the track in the 962 at speed,” recalls Sullivan. “He was a great sport, when I went out the tyres were already warmed up, so we went through the twiddly part then right on to Biscayne Boulevard where you get up to top gear travelling straight towards a concrete wall – and he’s yellin’ and he’s screamin’!

“It was a good race track, there were good places to pass despite it being a street track. I passed Hans Stuck there on the last lap [in 1986 for second place behind the Bob Wollek/Paolo Barilla 962] but he got me back about a month later at the Nurburgring, so we were even!”

“Tamiami was a great race track. I wish it had stayed there on the schedule – it was a great destination race and could’ve gone on to host bigger things” Danny Sullivan

On the subject of being team-mate to a legend like Foyt, Sullivan adds: “AJ and I had raced at Daytona and Sebring, he’s one of the most knowledgeable guys about racing you’ll ever meet.

“Very smart on strategy. A tough guy. Doesn’t like to be slower than his team-mate so, if you went fast, he’d always say he needed to get back in the car! A hell of a competitor. He was such a racer.”

The IMSA event moved in 1986 to nearby Bicentennial Park to make way for the building of Miami Heat’s basketball arena. The event ran for another eight years through Group C racing’s heyday – with Porsche, Nissan, Jaguar and Toyota all tasting success in an amazing era of American sportscars. Further Trans-Am, Champ Car and American Le Mans Series races were held here up until 2003.

Meanwhile, the CART IndyCar Series previously raced at a semi-permanent track for four years at nearby Tamiami Park in the mid-1980s.

“Tamiami was a great racetrack,” says Sullivan. “I wish it had stayed there on the schedule – it was a great destination race and could’ve gone on to host bigger things.

“But land here becomes too valuable and the developers move in. It was a great sports park.” 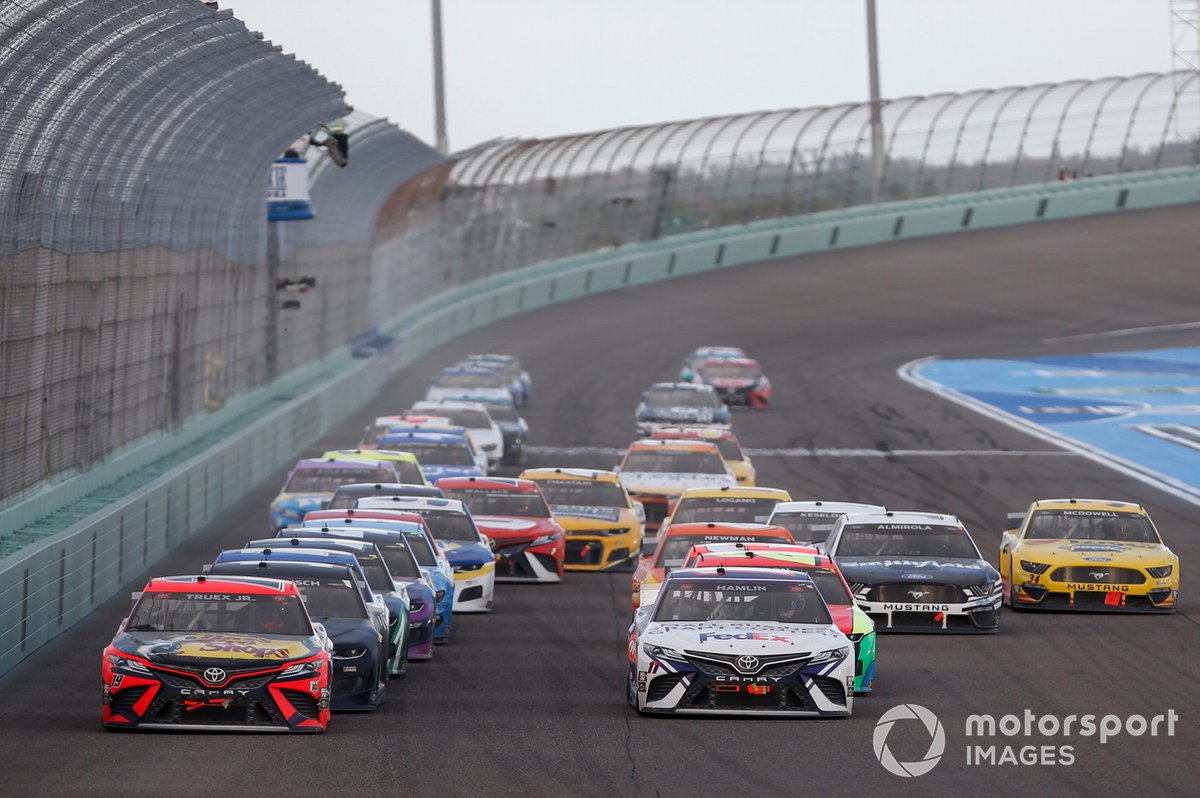 Until F1's arrival, much of Miami's recent motorsport action has been at purpose-built Homestead venue

The main recent racing activity now occurs at Homestead-Miami Speedway, a purpose-built oval track and road course located 35 miles south of Miami (founded by Sanchez, who died in 2013) which opened in 1995 and has hosted NASCAR, IndyCar and FIA GT events.

Racing returned to Miami’s streets when Formula E ran a one-off event on a downtown track in 2015, using the Miami Heat stadium’s infrastructure. The layout looped around the arena, before heading north on Biscayne Boulevard and turning left to loop around to NE 2nd Ave underneath the elevated MacArthur Causeway and then back past Museum Park.

Ahead of the planned F1 downtown race for 2019, an official ‘F1 Festival’ event was held on Biscayne Boulevard in October 2018 – with Emmo Fittipaldi starring in a McLaren M23 along with demonstration F1 cars from Red Bull and Renault.

The downtown Miami Grand Prix, set to use a track comprising Bayfront Park, Biscayne Boulevard and Dodge Island, was announced in May 2017 but canned two years later due to local resident opposition that turned local government against the project (as they feared they might lose their seats on the commission), while planned construction work in the Port Miami zone was also given as a reason.

This project was subsequently resubmitted as a semi-permanent racetrack at the Hard Rock Stadium in Miami Gardens, which again faced fierce opposition from residents but was finally approved for its inaugural race on Sunday shortly after a change of mayor.

Will Sullivan be there? As the driver steward for this weekend's race, you'd better believe it. 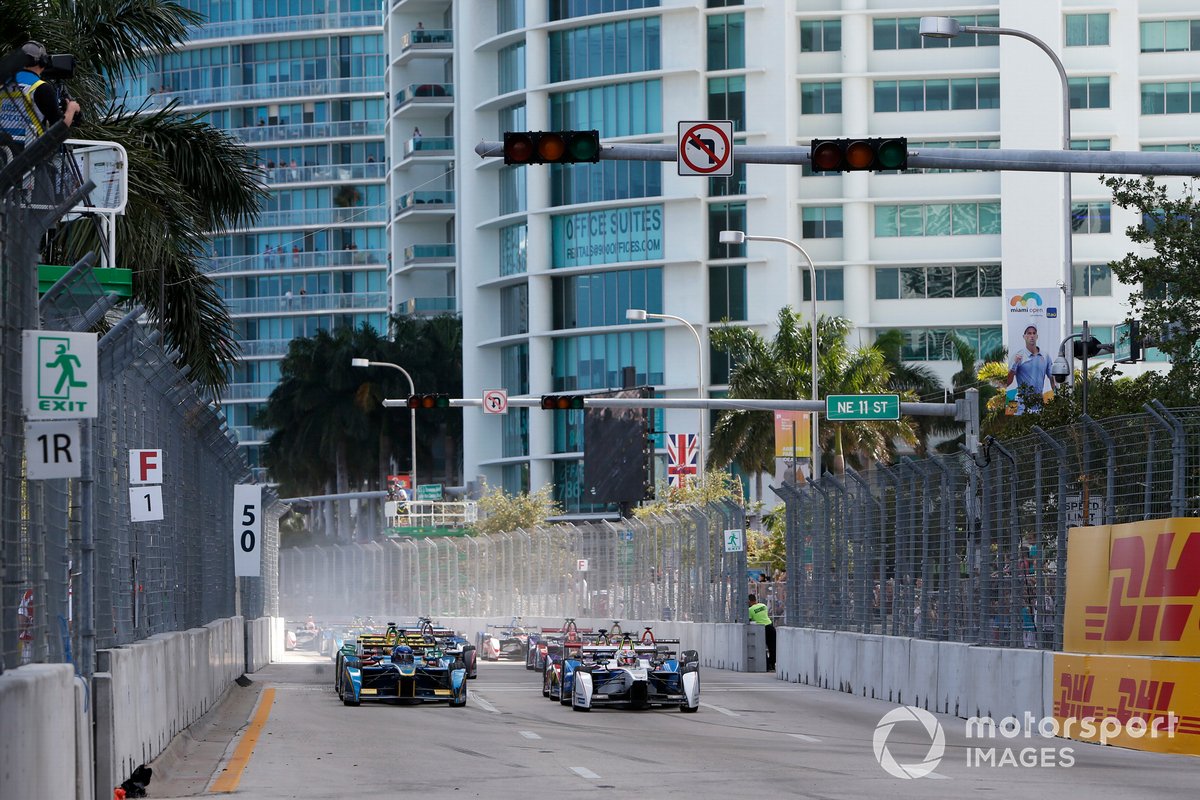 Porsche to supply up to four customer LMDh prototypes