The German was announced as part of the line-up in the two Gannassi Ford GTs along with the confirmation of Joey Hand, Richard Westbrook and Ryan Briscoe as the other full-season drivers.

Muller will share the #66 car with Ganassi regular Hand, with whom he won the 2011 American Le Mans Series GT title at the Rahal BMW team.

Briscoe, a former Ganassi IndyCar driver, and Westbrook will team up in the #67 sister car.

Ford vice-president Raj Nair said: "We can't say enough about how proud we are to present this group of drivers.

The deal marks a return to North America for 40-year-old Muller, who first won the ALMS GT crown with Porsche in 2000 and again with BMW 11 years later.

He joined BMW for his second stint with the marque in 2009 and remained part of the Rahal line-up in the US until the end of last season.

Ganassi has yet to announce the additional drivers for the IMSA long-distance races and the Le Mans 24 Hours, but it is expected that IndyCar stars Scott Dixon and Sebastien Bourdais will be part of its line-up for the enduros.

The driver line-up for Ford's World Endurance Championship assault isn't expected to be announced until January. 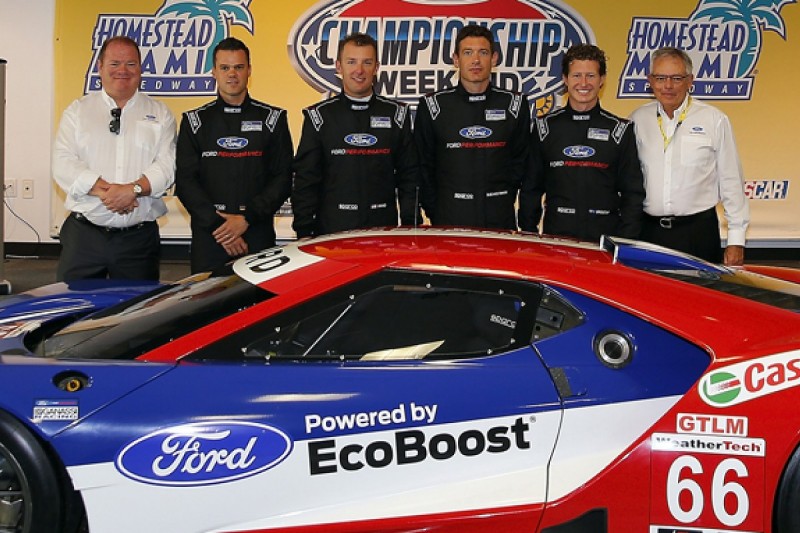