Giovinazzi and Bernhard have been drafted into the Scott Sharp-run ESM squad, which runs a pair of Nissan Onroak DPis in IMSA's top division, owing to a date clash with the Fuji round of the World Endurance Championship.

Olivier Pla and Nicolas Lapierre were originally slated to contest Petit Le Mans with the squad, but are now unavailable for the Road Atlanta race owing to their WEC commitments with Ford Chip Ganassi Racing and Signatech Alpine respectively.

"The PLM ranks within the top classic endurance events," said Bernhard. "It will be my 10th participation and I'd like to help ESM to score a top result.

"I have known Scott since the old ALMS days where we battled many times for wins. Big compliment on what he has achieved with his team so far." 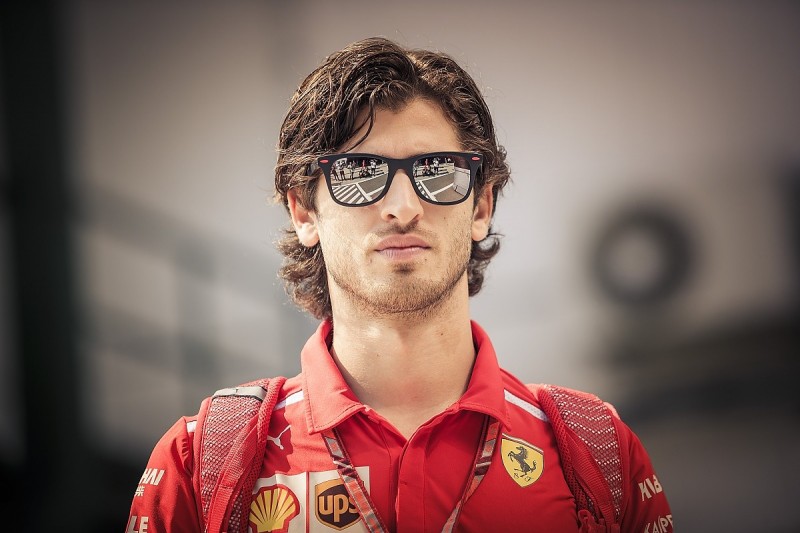 Giovinazzi made his sportscar racing debut last year in the Asian Le Mans Series in LMP2, then drove an AF Corse Ferrari in the Le Mans 24 Hours.

The Italian, who is a candidate for a graduation to F1 next season with Sauber, will join Sharp and Ryan Dalziel in the #2 car for Petit Le Mans.

"Taking part in the 10 hours of Road Atlanta is a big challenge for me," said Giovinazzi.

"It is one of the most important endurance races in the world and I am very excited to be part of this winning team with a strong driver line-up."

Petit Le Mans will mark ESM's final race with Tequila Patron backing, the drinks company having announced its intention to end its IMSA sponsorship deals at the end of 2018 in July.