Reigning NASCAR champion Chase Elliott and seven-time title-winner Jimmie Johnson have both aired their hopes to return to the Daytona 24 Hours, following their participation in this weekend's event

"We laid it all out on the table today, and just got outperformed by the #10 [Wayne Taylor Racing Acura]," Johnson said on his runner-up result.

"We thought we were settling in to fourth place, but with the troubles the CGR car had, and Kamui's dedication to get second place, it made it a special day. Of course, you always want more, but we'll be back in the future to give it another try."

Johnson said he found the level of competition had intensified vastly for his previous starts in the Floridian sportscar classic.

"When I ran this race 10, 11 years ago, a NASCAR guy could find his way through and not give up too much, but this DPi field now is stacked with talent," he said. "The effort these guys put in, how good these guys are, is so impressive. I had some good stints and one bad stint in the car."

After admitting to a "terrible" first stint in the Whelen Engineering car on Saturday, Elliott said he was much more satisfied with his other runs. As the car was out of contention, the team allowed him to drive the car to the finish to give him extra seat time, as the car was well clear of the last-placed JDC-Miller Cadillac.

"I feel that my progression has been a lot better than my first stint [on Saturday] night," Elliott told NBCSN. "I got back in about 3am on Sunday and felt like I made a lot of gains.

"I'm not on the pace of the [frontrunning] pace by any means, but I'm a lot closer to the point where I don't feel I'm putting the team in a huge hole like I did in that first run. I just really appreciate these guys letting me be here, it's been a lot of fun - this is quite the event, an honour to be a part of.

"I hope I get to come back and apply some of the things I've learned, and be more of a help next time around, but I really enjoyed my time. So maybe I'll be back another time."

When asked why he'd decided to step outside of NASCAR competition this winter, following on from his attempt in the Chilli Bowl Nationals in midget racing on dirt earlier this month, Elliot said he'd wanted to test himself.

"It's about being uncomfortable, getting outside of your comfort zone, I think that's a great thing," he said. "It's something I wanted to do this off season, be open minded about trying things, and there's a lot of bits to learn here and there about these cars to make them go fast.

"It takes time to learn - for me, at least! - and trying to put it all together has been a challenge that I've enjoyed probably more than anything else." 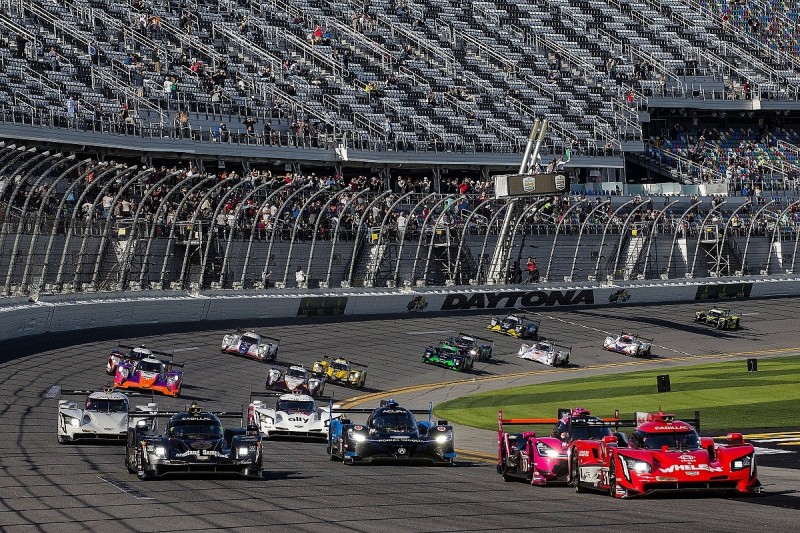