Third was Harry Tincknell in the Mazda RT24-P ahead of Ricky Taylor of WTR, which this year runs one of the Acura ARX-05s, as the top four were covered by less than two-tenths of a second in a tightly-contested session.

JDC Miller Motorsports' Cadillac was fifth fastest, 0.3s off top spot in the hands of Loic Duval, while Simon Pagenaud was sixth, although the 2016 IndyCar champion appeared to suffer a power outage during his spell behind the wheel. The 2019 IMSA champion Dane Cameron was seventh in the Meyer Shank Racing Acura.

Nicolas Lapierre was predictably fast in the PR1 Mathiasen Motorsports ORECA to head the LMP2 field from Ben Hanley in one of DragonSpeed's two entries. Racing Team Nederland claimed third thanks to Job van Uitert.

In LMP3, new to the IMSA SportsCar Championship this year, Jeroen Bleekemolen in the Riley Motorsports Ligier was 0.45s quicker than his nearest rival, CORE Autosport's Colin Braun, while late signing Kenton Koch was third for Muehlner Motorsports in the #6 Duqueine-Nissan. 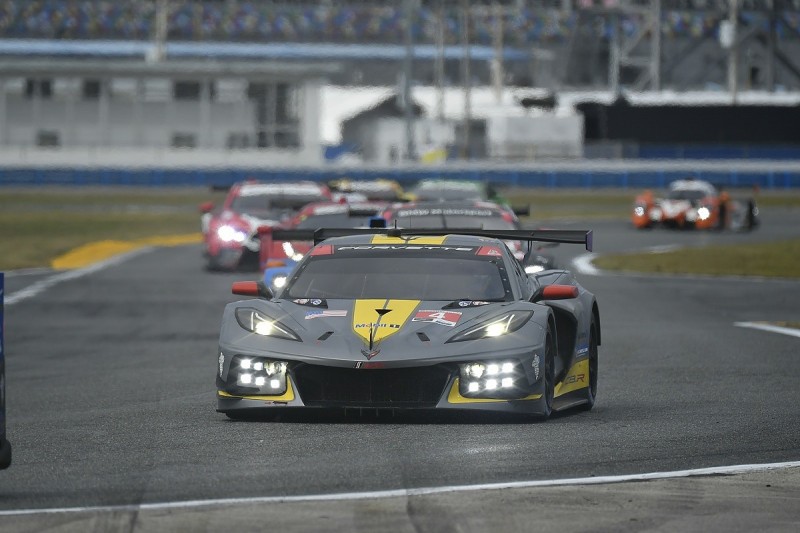 Tommy Milner and Antonio Garcia, 0.3s apart, put Corvette Racing 1-2 in the GT Le Mans category, while the team stalwarts had not been part of the 100-minute qualifying race last Sunday.

Jules Gounon was third in the Risi Competizione Ferrari 488, who in turn was 0.2s ahead of Richard Lietz in the new WeatherTech Racing Proton Porsche 911 RSR. The faster of the two BMW M8s, Bruno Spengler's #25 entry, was 1.2s off Milner's Corvette.

The other Grasser Lamborghini caused one of two red flags in the session when it ground to a halt on-track, while Cody Ware in the RWR Eurasia ORECA caused the other when it slapped a wall.