Hand, who won at Daytona for Ganassi in 2011, turned the fastest lap of 1m39.397s in the afternoon aboard the Riley-Ford he will share with Scott Pruett, Charlie Kimball and Sage Karam.

The other Ganassi car paced the morning session with Scott Dixon on a 1m39.406s in the #02 car he shares with Tony Kanaan, Kyle Larson and Jamie McMurray.

The team benefited from a test earlier this week at Palm Beach International Raceway with the car that was run in the final few rounds of the 2014 Tudor United Sports Car Series by OAK.

The Le Mans aero kit, which is mandatory for Daytona, was only delivered in time for Friday afternoon's session, thereby giving the team an opportunity to run a productive back-to-back analysis after fielding the regular sprint race trim in the morning.

"Santa Claus was really good to me this year," joked Negri. "The DP was fun to drive but this reminds me of my F3 days when you carry so much speed into the corners. It's a real racing car and a really good package."

Negri will share the car in the January 24-25 race with regular partner John Pew, as well as team stalwart AJ Allmendinger and teenager Matt McMurry.

The top five cars were blanketed by less than two tenths, with reigning Indy Lights champion Gabby Chaves third fastest aboard the DeltaWing DWC13, which he will share with Katherine Legge, three-time Daytona winner Memo Rojas and Andy Meyrick, narrowly ahead of defending series champion Action Express Racing for which Sebastien Bourdais turned a best lap of 1m39.578s. 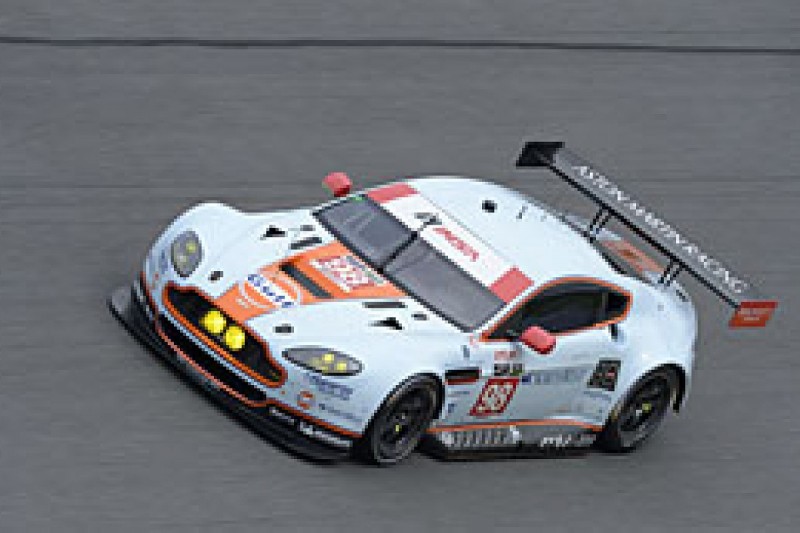 Times were similarly close in the GTLM ranks, with the fastest five cars separated by less than three tenths. Pedro Lamy did a 1m44.414s, set in the morning in the Aston Martin Vantage V8 he will share with Darren Turner, Paul Dalla Lana and Mathias Lauda.

The other two classes were led by Renger van der Zande, fastest in the PC ranks at 1m42.360s for Starworks Motorsport, and Marc Goossens, who posted a 1m46.948s in one of two GTD Dodge Viper SRT cars entered by Riley Motorsports.

The only major incident of the day came when Christoffer Nygaard "ran out of talent" and spun into the wall on the exit of the Bus Stop chicane leading onto the NASCAR banking, causing damage to two corners of the #007 Aston Martin V12 Vantage GTD car he will race alongside James Davison, Christina Nielsen and Brandon Davis.