BMW believes both its Rahal Letterman Lanigan-run M4 GT3 cars had the pace to finish on the GTD Pro podium in the Sebring 12 Hours, before cruel luck intervened.

Following a fraught IMSA SportsCar Championship debut for BMW’s new GT3 contender in January's Daytona 24 Hours, the two RLL entries were much more competitive at Sebring as Augusto Farfus and Nick Yelloly charged up the field in the first stint to put their respective cars in early podium contention.

Yelloly and his team-mates Marco Wittmann and Philipp Eng remained the main challengers to the eventual race-winning Corvette Racing C8.R as the race reached its final hour, only for a late gearbox problem to drop the #24 BMW a lap down in fourth.

The sister #25 M4 driven by Farfus, Connor de Phillippi and John Edwards was also in the battle for podium spots in the early part of the race until a power steering failure necessitated a lengthy repair job, leaving the trio 10th in the 11-car GTD Pro class.

BMW’s new motorsport boss Andreas Roos was encouraged by the pace shown by both its factory M4 cars, but said he was left with “mixed feelings” due to the car's reliability problems.

“This race has once again confirmed that endurance racing not only has highlights in store but can also bring setbacks and the final results have been disappointing,” said Roos, who recently joined from Audi to replace newly-appointed Aston Martin Formula 1 team principal Mike Krack.

“Right up into the final phase, it looked as if we could finish on the GTD Pro podium with our #24 and BMW M Team RLL.

“But a race isn’t over until the chequered flag, and unfortunately a gearbox problem set us back a good hour before the end. The podium was clearly in the cards.

“I’m convinced that the number 25 would have fought for the rostrum as well if it hadn’t been for the early problem with the power steering. It was important that we covered a lot of race kilometres with this car, too, to gather information. 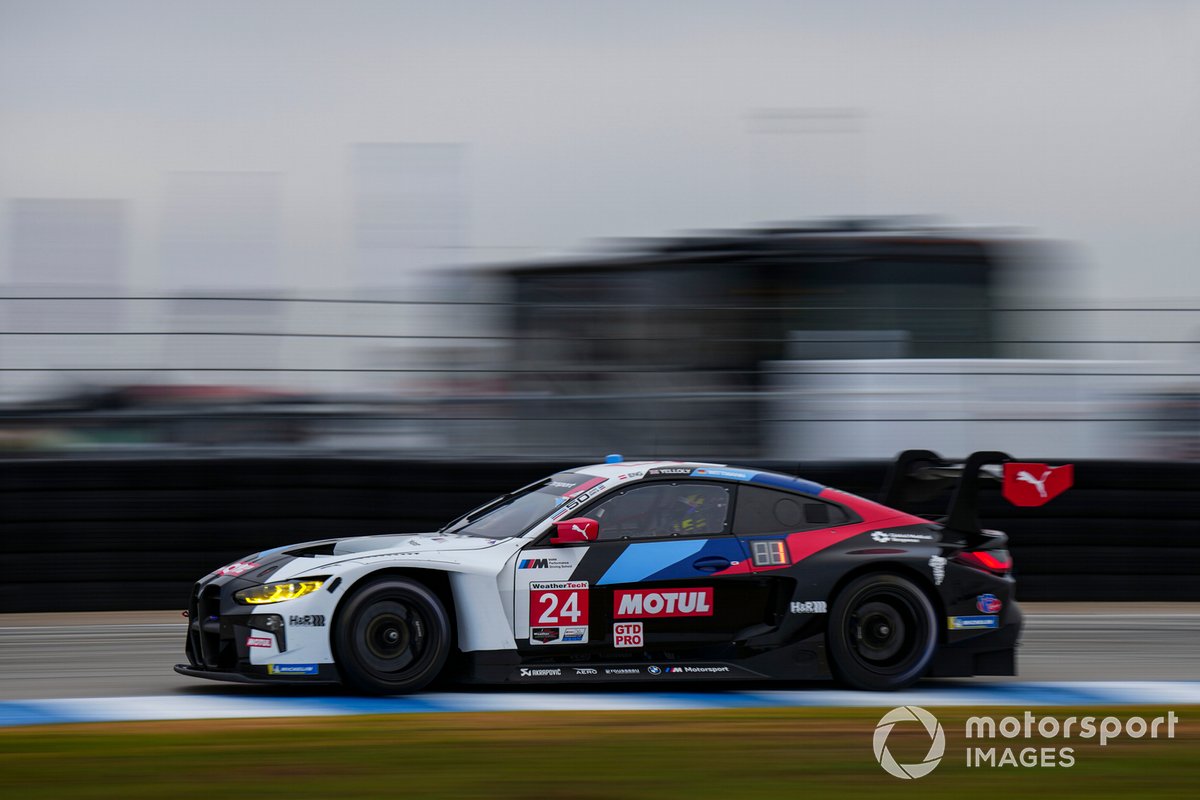 BMW was on course for victory in the Pro-Am GTD class until Turner Motorsport driver Bill Auberlen was pitched into a spin by Cetilar Ferrari’s Antonio Fuoco in his 500th race start for the Bavarian marque.

Auberlen then had to make an unscheduled pitstop after the team miscalculated his maximum driving time, dropping the #96 M4 he shared with Robby Foley and Michael Dinan to fourth in class.

Misfortune also struck another BMW team, Paul Miller Racing, that led the early stages of the race and was running second when Erik Johansson was hit by DragonSpeed LMP2 driver Juan Pablo Montoya, who had nowhere to go after an LMP3 car had spun at Turn 1 in the third hour of the race.

Corvette Racing took its first win in GTD Pro specification at Sebring, after dropping down from the now-defunct GTLM class, but driver Antonio Garcia professed to be "surprised" by the team's strength.

The Spaniard, sharing with Jordan Taylor and Nicky Catsburg, scored the team's first victory at the event since 2017 after leading 247 of the 323 laps.

After receiving a mid-weekend 20hp Balance of Performance boost, Garcia passed six cars in his opening two hours and closed with a triple-stint to score the victory by 4.4s over the TR3 Racing Lamborghini Huracan.

"I was the first guy surprised about our pace," he said.

"We started seventh [in GT overall] and slowly started to make our way through. I wasn’t expecting to be leading after the first stop. 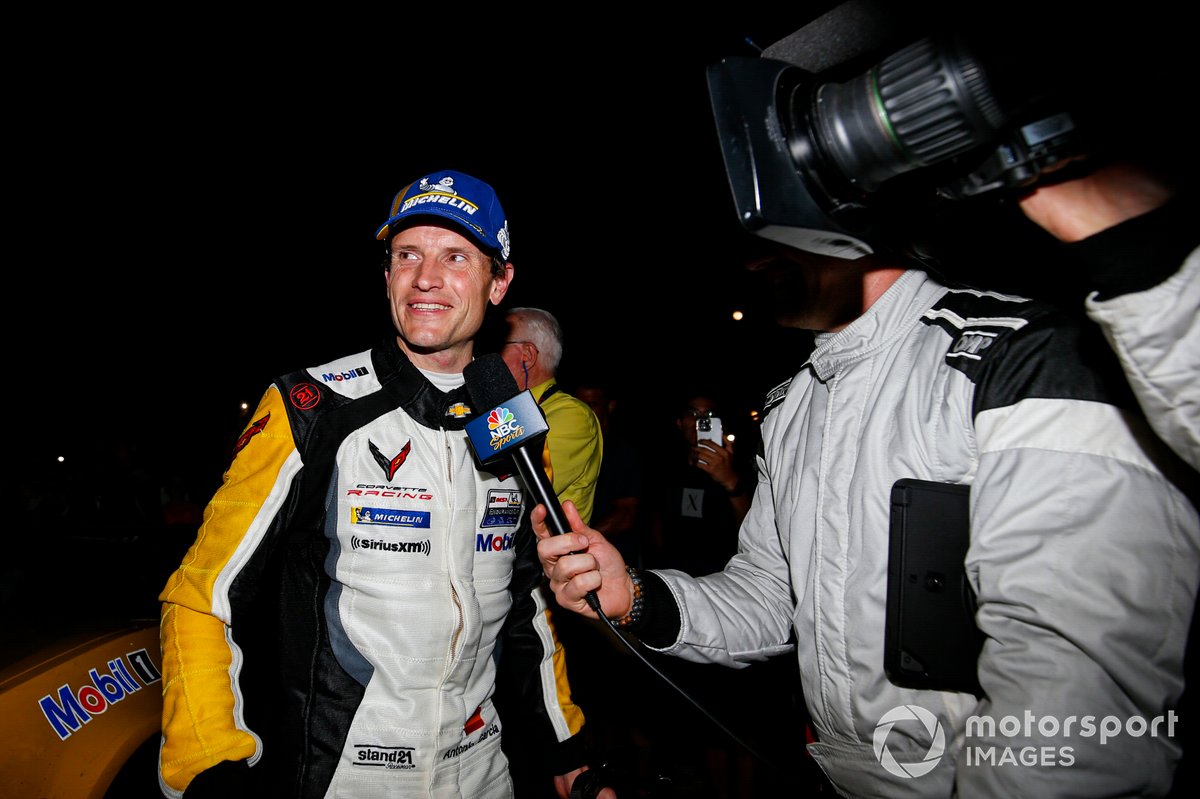 "I thought our car was the best during the day and when it was as warm as possible. I was a little bit afraid of the rest of the field at night.

"It seemed like everything was switching on for them… It was up to us to control the pace and keep the gap."

Taylor echoed: "I was surprised how quick we were.

"I think we were quick in clean air. If we had been stuck behind guys, it would have been difficult for us to get ahead.

"Once we got to the front, the name of the game was to maintain our track position whether it be saving fuel and extending windows or saving tyres.

"The guys nailed the strategy and kept us out front all day. That’s what really won us the race."