Wayne Taylor Racing and Michael Shank Racing will take over the running of Acura's ARX-05s in the 2021 IMSA SportsCar Championship, after the marque's partnership with Penske elapses.

The ARX-05s, which have scored six wins in the hands of Acura Team Penske since their debut in the 2018 Rolex 24 Hours of Daytona, swept last year's manufacturers', teams' and drivers' championships.

The move signals an end to Wayne Taylor Racing's 10-year association with General Motors, with which it has won three of the last four 24 Hours of Daytona races and the 2017 IMSA Prototype title, all while using the Cadillac DPi-V.R.

Since 2017, MSR has run the Acura NSX GT3 program in the GT Daytona class, culminating in last year's teams' and drivers' titles. Like WTR, MSR currently leads its IMSA class.

Jon Ikeda, Acura brand officer, declared: "It is a pleasure to announce that Wayne Taylor Racing will be joining the Acura ARX-05 IMSA program in 2021, along with Meyer Shank Racing, which will build on our very successful partnership by moving up to the prototype ranks. 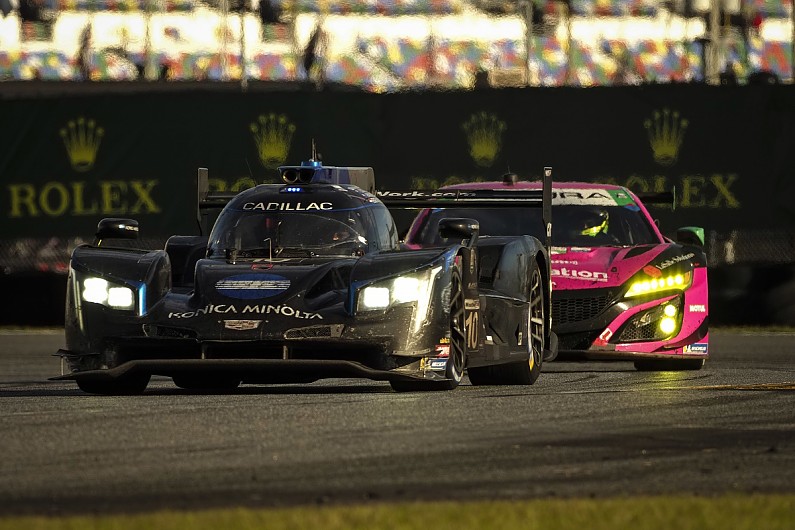 "We're confident that both teams will help us build on the successes we've achieved to date in IMSA competition, as we continue to apply precision-crafted performance to all of our activities - on the race circuits of North America, in our production vehicles, and in the market place.

"We also want to thank Roger Penske, who has long been an important part of the Acura family.

"Mike (Shank) and I are both eager to expand our IMSA program and get to once again work with Acura and HPD," said Meyer Shank co-owner Jim Meyer.

"Mike has built such a strong IMSA program over the last decade, and this is another step that we're looking forward to pursuing."

Wayne Taylor, who has seen his team conquer all four of IMSA's marquee events - the Rolex 24, 12 Hours of Sebring, Petit Le Mans, and Six Hours at Watkins Glen - said: "Since getting to know everyone at HPD and Acura Motorsports, I feel that they have a lot of respect for the Wayne Taylor Racing family.

"What I really like is that they have the same passion and vision as I do.

"I am looking forward to running the DPi for the next few years.

"I am equally excited to be able to bring my long-term partnership with Konica Minolta, Rick Taylor and Michael Mathe to the program. We all can't wait to get started."

Despite MSR's return to Prototype competition, an official Acura release said that "the NSX program is expected to continue in IMSA competition in 2021."