Jonathan Bomarito and Harry Tincknell led Oliver Jarvis and Tristan Nunez across the line in a Mazda 1-2 finish at the IMSA WeatherTech 240 race at Daytona. 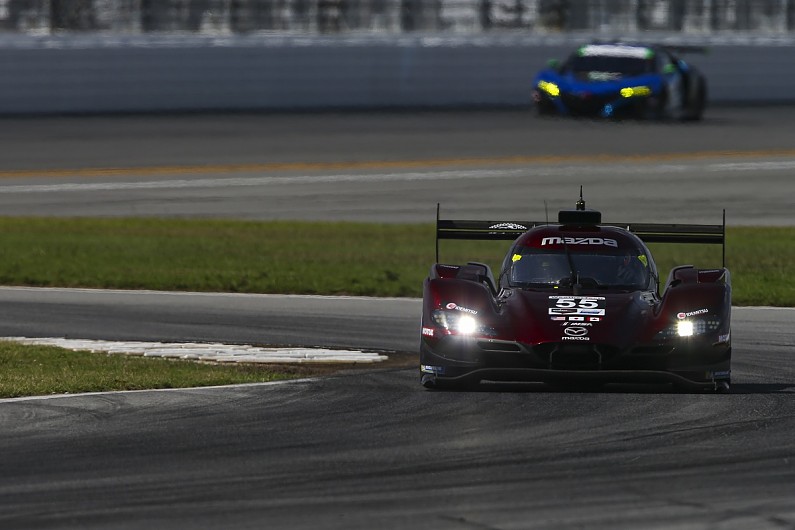