IndyCar champion Ryan Hunter-Reay will return to IMSA action next weekend at Mid-Ohio when he stands in for Harry Tincknell at Mazda Team Joest.

Andretti Autosport IndyCar driver Hunter-Reay will partner Jonathan Bomarito at the wheel of the #55 Mazda RT-24P for the fourth round of the IMSA SportsCar Championship.

"Mazda has really put a lot into their programme, and Mazda Team Joest have taken a big step up this season," said Hunter-Reay.

"The car is obviously very fast and I'm excited to race it at Mid-Ohio. 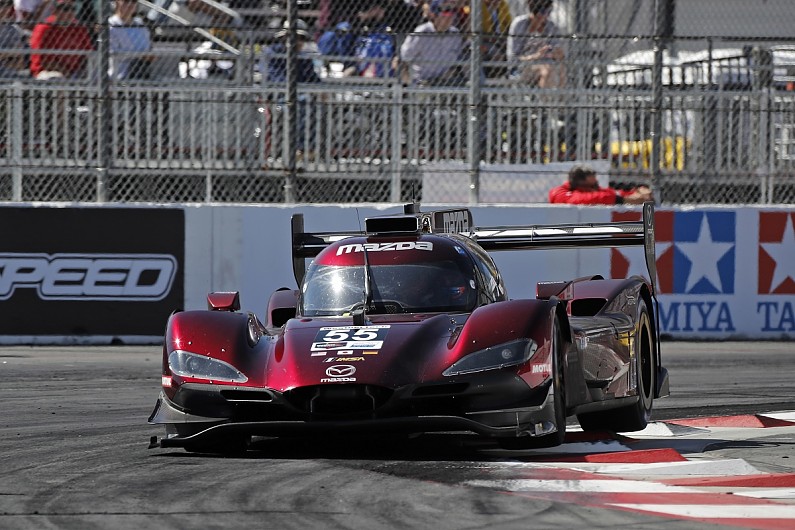 "Jonathan is a good friend and we've been team-mates in the past, so it will be great to share the #55 Mazda RT24-P with him and fight for a win.

"I've driven race-winning Daytona Prototypes in IMSA for a long time, the Prototype field is as strong and deep as it has ever been, and I'm thrilled to be a part of it again this season."

Mazda Motorsports boss John Doonan added: "This will be the first time a former Indy 500 champion has been aboard a Mazda at the top level and based on his experience at Mid-Ohio, his experience working with Multimatic previously, and the opportunity he and Jonathan had to drive together a few years back made him a natural fit."

The #77 Mazda will be piloted at Mid-Ohio by the usual line-up of Oliver Jarvis and Tristan Nunez, who scored the squad's best result of the season last time out in Long Beach in fourth place.

Tincknell will return to the #55 line-up in Detroit at the start of June.