Acura Team Penske's Ricky Taylor says he was surprised that he was able to split the Mazdas in qualifying for this weekend's Daytona 24 Hours.

Mazda backed up its ominous form at the Roar Before the 24 test earlier this month by securing pole for the IMSA SportsCar Championship opener on Thursday, as Oliver Jarvis broke the lap record on his way to the top spot.

Taylor put his #7 Acura ARX-05 second, only 0.188s behind the record-breaking benchmark laid down by Jarvis, while Juan Pablo Montoya in the sister #6 Acura likewise outqualified the second Mazda RT24-P driven by Jonathan Bomarito.

Speaking to Autosport, Taylor said Acura's performance was "encouraging" as he had been anticipating qualifying "amongst the Cadillacs" instead of challenging Mazda.

"It was a pretty close margin, we didn't think it would be that close in qualifying," said Taylor. "I think we're quite pleased to split the Mazdas.

"Our game plan before the weekend was to let the Mazdas run away, but if we can race with them, that's much nicer and takes a little bit of the pressure off.

"Hopefully that's the case and they don't have anything more in the tank." 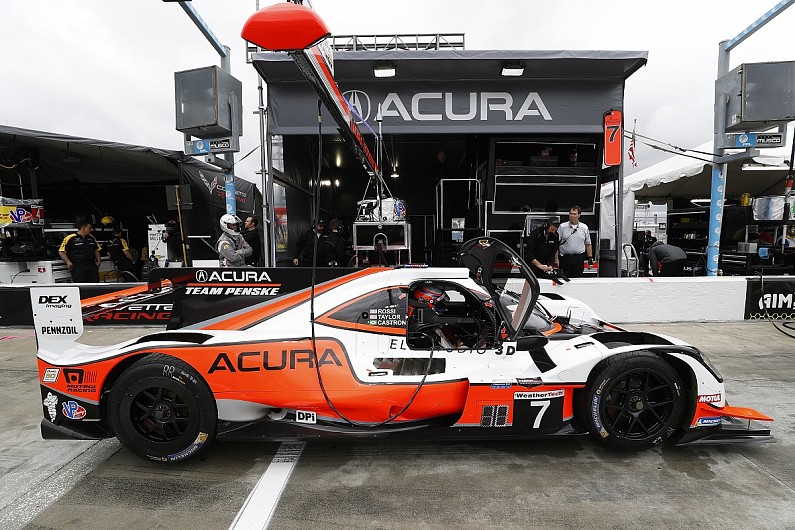 Wayne Taylor Racing's Fernando Alonso, whose #10 car will start from sixth, voiced after qualifying concerns that Cadillac had been handed an unfavourable Balance of Performance in relation to turbocharged rivals Acura and Mazda.

"Last year we were not very competitive, so everyone told me that to win Daytona you need to be in an American team, because the BoP will never be the same for European teams," Alonso told NBCSN.

"So this year I'm in an American team but we still don't have the BoP as the others."

Taylor said he expected Cadillac to offer sterner opposition in qualifying but predicted the American brand will remain a force to be reckoned with come the race.

"I thought they would be around us, but it's so difficult to tell what people are doing throughout the weekend," he said.

"For sure they will be there in the race, their race pace is really strong. I don't know what the #5 car [the Action Express car that didn't set a lap] was doing, maybe they were saving tyres and thinking just about the race.

"Cadillac has won this race many times, I'm sure they are going to be a factor."

Taylor also underlined he expects Acura Team Penske to be well in the mix for victory on Sunday now that the ARX-05 has had a year of development since making its race debut at Daytona in 2018.

"Everybody expected Penske to come in and win the first time, but it's such a difficult race to put everything together," he said. "But with a year of racing, testing under our belts, [comparing] how prepared we last year, it's a whole new level this year.

"We're definitely expecting to be there at the end and fight for the win."