Juan Pablo Montoya says the pace of this year's Daytona 24 Hours will be "insane" as a result of the Daytona Prototype international and LMP2 classes being separated.

The IMSA SportsCar Championship previously had to manage an awkward Balance of Performance compromise between its manufacturer-influenced DPi cars, which have more freedom in areas such as aerodynamics and engine design, and spec LMP2 cars.

But the DPi class will return to its initial level of performance - rather than being pegged back to the fastest LMP2 car's pace - for 2019 after IMSA's decision to split the two classes into separate categories.

A further change that could alter performance is IMSA's switch from Continental to Michelin tyres for 2019.

Montoya, who joined the IMSA field in 2018 with the then-new Penske-Acura programme after his full-time IndyCar career with Penske ended and managed four podiums in his maiden season, believes the class-structure changes will alter the racing style.

"I think it will drive differently. I think you still need to survive but you don't want to be left behind on speed either."

The 'Roar before the 24' test is mandatory for all teams entering the Daytona 24 Hours, but the entry list confirmed just four LMP2 machines - as opposed to the 11 cars in the DPi tier.

Asked if he expected traffic to become a larger problem for the quicker DPi cars, Montoya said: "It will be a nightmare, it always is.

"But Daytona, when you have a 24-hour race, you need to be patient but you still need to figure out the moves." 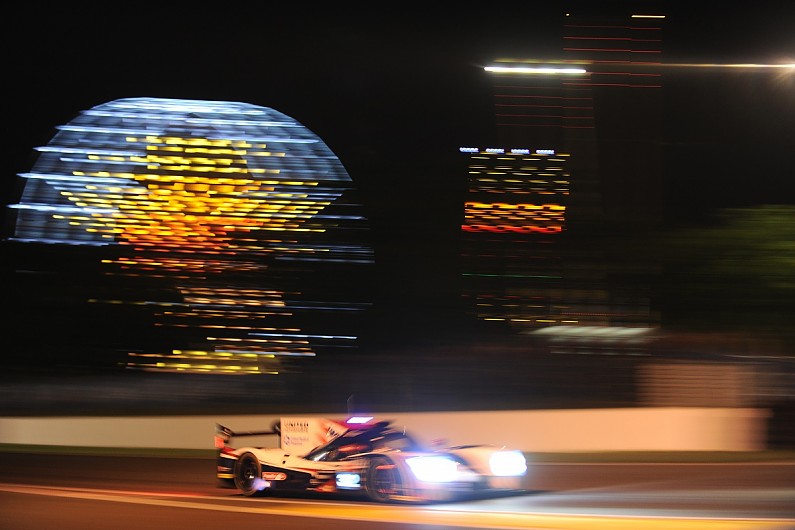 Montoya competed in the Le Mans 24 Hours for the first time last year, competing with the United Autosports LMP2 squad.

He crashed after "running out of talent" during the night but managed to avoid major damage, with the car he shared with Will Owen and Hugo de Sadeleer eventually finishing third in LMP2 and seventh overall.

Montoya said he would consider a return at Le Mans.

"If a good opportunity comes, for sure," he said. "I did one of those races, it was very relaxed for me and very different [compared to Daytona].

"I don't know why it was so relaxing, but it really was.

"There was drama, and I could get out the car and go to sleep. It was nice!"

Expanding on the differences between Daytona and Le Mans, Montoya added: "You can spend two laps without seeing another car.

"It's a completely difference race.

"I loved it at Le Mans last year, it was an amazing experience, but it's a different experience than here [at Daytona]."