Paying homage to the annual 24-hour sportscar race at the Florida track, three races for period sports and GT cars will be held towards sunset on Saturday July 21, replacing the previous Group C feature race.

The International Trophy for Classic GT Cars of the 1960s, FIA Masters Historic Sportscars from the late 1960s and early 1970s and the new Masters Endurance Legends for prototypes and GT cars from as recently as 2010 will feature in the evening spectacle.

Cars in action will include AC Cobras, Lola T70s, Ford GT40s (pictured above in the 1968 race), Porsche 911s and Dodge Vipers (pictured below in 2000). The event will also mark the 50th anniversary of the Ferrari 365 GTB/4 Daytona and at least one example is likely to race in the Masters Historic Sports contest.

The Endurance Legends race, making its debut at Silverstone, will wrap up the evening with the sight and sound of GT and prototypes racing into the darkness until around 2100. 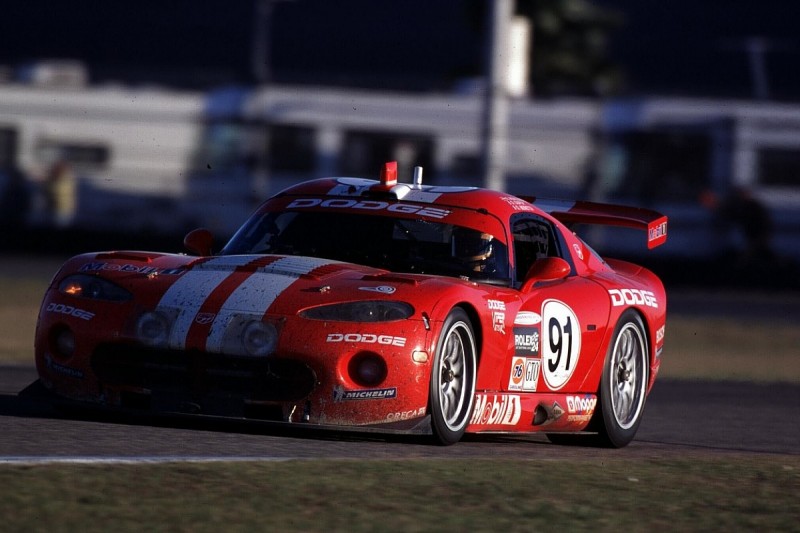 "We are delighted to be celebrating Daytona's incredible heritage at this summer's Silverstone Classic," said event promoter Nick Wigley.

"To hail Daytona's history, Saturday evening's three races will all feature cars that have competed in the 24 Hours of Daytona."

Daytona International Speedway president Chip Wile said the Silverstone event was "a great honour for Daytona and our widely-admired 24-hour race, which has always had huge appeal to British drivers and teams.

"The Silverstone Classic is one of the world's greatest events celebrating so much of motorsport's history and we are really proud that it will be saluting Daytona come July."

The Daytona 24 Hours was inaugurated in 1966 and soon established itself alongside the Le Mans 24 Hours and Sebring 12 Hours as part of endurance racing's coveted 'triple crown'.