The Repco V8-engined Brabham, chassis one of just two built, was used by Jack Brabham in late 1966 and early '67 before it was sold and moved to South Africa where it was raced until '73.

It had not run on a race track for 46 years until Geoff Underwood ran some demo laps at the Cheshire track last weekend after a rebuilding process.

"After it came back from South Africa, it spent many years in the Donington Grand Prix collection," said Underwood.

"We've spent 18 months on the engine and had to have new parts made with help from Australia.

"It is a car for shows and demonstrations and we like to share it: we are only custodians of these cars."

In the 1967 Spring Cup, held to raise funds for the Grand Prix Medical Unit, all prize money, start money and gate money went to the fund which was created after Jackie Stewart's accident at Spa in 1966.

In the 30-lap final, Brabham headed teammate Hulme in the pair of BT20s.

Hulme's car, chassis two, sold for $1million in 2014 and is thought to be in a private collection. 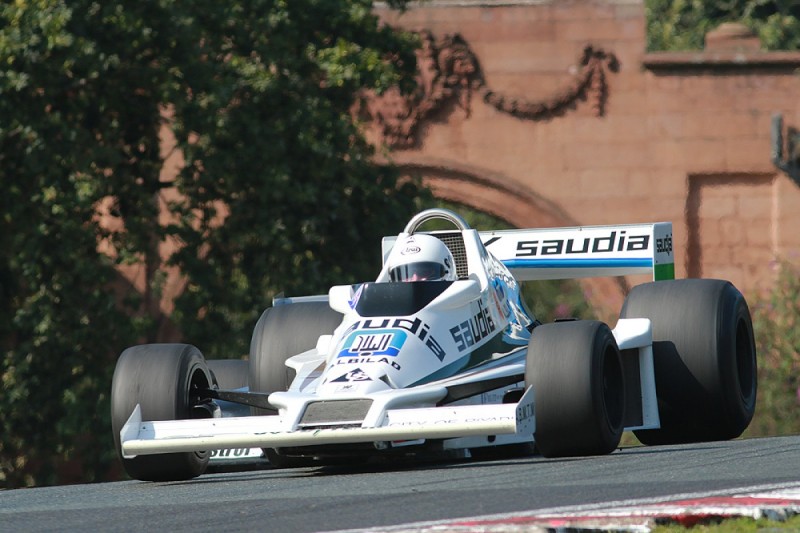 The Gold Cup was won, based on the aggregate results of the two XL Aurora races, by another notable grand prix machine, as Australian racer Marty Bullock triumphed in his ex-Alan Jones Williams FW06, pictured above.

Bullock was racing the Williams for the first time since the Monaco Historic Grand Prix in 2018.

After being raced by Jones in 1978, it was used the following season by former motorbike ace Giacomo Agostini in the British Formula 1 Championship, running in Marlboro colours.

It had not raced at Oulton Park for 40 years and is thought to be the only FW06 still being actively used in competition.