Michael Lyons, one of the UK's leading historic single-seater drivers, will contest three races in the Monaco Grand Prix Historique, seeking to add to his three previous event wins

Lyons, now 30 years-old, has raced period F1 cars at Monte Carlo since he was 17 and is due to field three cars from the family stable at this year's event (23-25 April), which was postponed from May 2020 due to the coronavirus pandemic.

To date, Lyons has won three times at Monaco, twice in the Hesketh 308 and once in the ex-James Hunt McLaren M26. His best result so far in their Surtees TS9 is a podium.

"To win there would be a nice Sunday, but two of the races are back-to-back and the tricky bit is managing the logistics," said Lyons.

"The mechanics are spread everywhere and I'm the team manager as well as the driver! We are very much a family team.

"I'd love to try and win all three and it's a proper challenge."

He says that scoring a top result in the 1971 Surtees will be the toughest challenge on the street circuit.

"Racing the Surtees against a Lotus 72 or a McLaren M19 there is tricky as you've not got the downforce," Lyons explained. "But we've got a fresh engine in the Surtees this year.

"The McLaren and the Hesketh are close in age but you still have to adjust your driving style. And the quality of the grids never gets weaker.

"I've only won one race a year so far and I first went there as a 17-year-old kid.

"You get in the flow of the place and it is fantastic.

"It is a special feeling when you get that magical lap in qualifying."

Lyons often races alongside his parents Frank and Judy, but they will not race at Monaco this year, preferring to give Michael a shot at adding to his tally of Monaco victories.

He is joined by a number of former F1 stars on the entry list for this year's event, including ex-Ferrari drivers Jean Alesi and Rene Arnoux - who are each due to race 1974-spec Ferrari 312B3s. 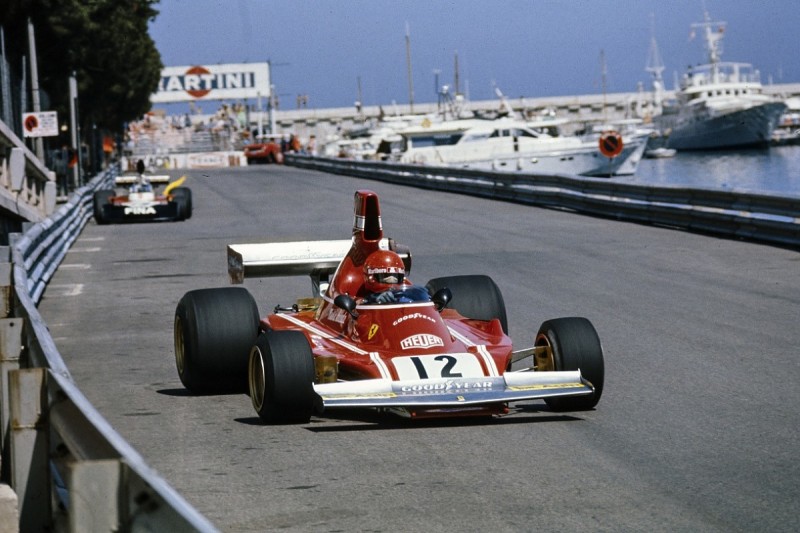