The veteran of five Goodwood Revivals will race the ex-Patrick Motorsport Rover owned by Martin Thomas in the Gerry Marshall Trophy for Group 1 touring cars at the 75th Members' Meeting on March 18-19.

Kristensen, who called time on his professional racing career at the end of 2014, will team up with sportscar driver Stuart Hall in two-driver segment of the GMT on Saturday evening.

"I've been invited by Lord March, and I've said yes, so this year I will be doing all three Goodwood events - the Members' Meeting, the Festival of Speed and the Revival," Kristensen told Autosport.

"I'm doing it for my love of the heritage of the sport because I enjoy trying different cars.

"I've driven so many great cars at Goodwood, but this time I will be competing in one that I can remember racing rather than something built before I was born."

Kristensen is a multiple Goodwood winner, having triumphed in the TT Celebration, the St Mary's Trophy and the Kinrara Trophy since his debut at the Revival in 2011. 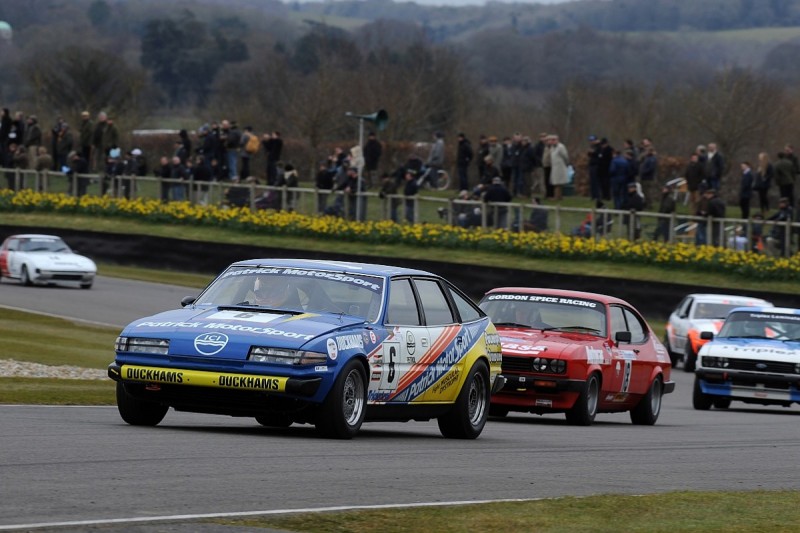 It was raced by Rex Greenslade in the 1981 BTCC and then by Dennis Leech after conversion to Group A specification.

Thomas, whose SRG team ran the Patrick BTCC entries in period, subsequently re-acquired the car and has returned it to Group 1 specification.

Former Aston Martin Racing driver Hall raced an ex-Andy Rouse Engineering Group A-spec Rover on two occasions last year, and is due to give Thomas's car a shakedown ahead of the Members' Meeting.

"I seem to becoming a bit of a Rover expert, so I'm hoping that Tom and I can give Gordon and Chris a run for their money at Goodwood," said Hall.