The car has been totally restored by Matthew Watts at Retro Track and Air and he invited South to Donington to see the car run for the first time in more than 30 years.

South, now 66, was one of Britain's top single-seater racers of the 1970s but has largely kept away from motor racing since a Can-Am accident in '80 that left him with serious leg injuries.

"It is fantastic to see the car back up and running again: it looks wonderful and it's good to see it back," said South. "But I didn't realise they were so small!

"I struggled to get enough money to do anything in 1978 but we did a few F2 races.

"F2 was what I wanted to do and I got some help from Robin Herd at March.

"We had a second-hand Hart engine that Robin found under a bench. We just put the car on the track and away we went with a very small team. I prepared the car most of the time." 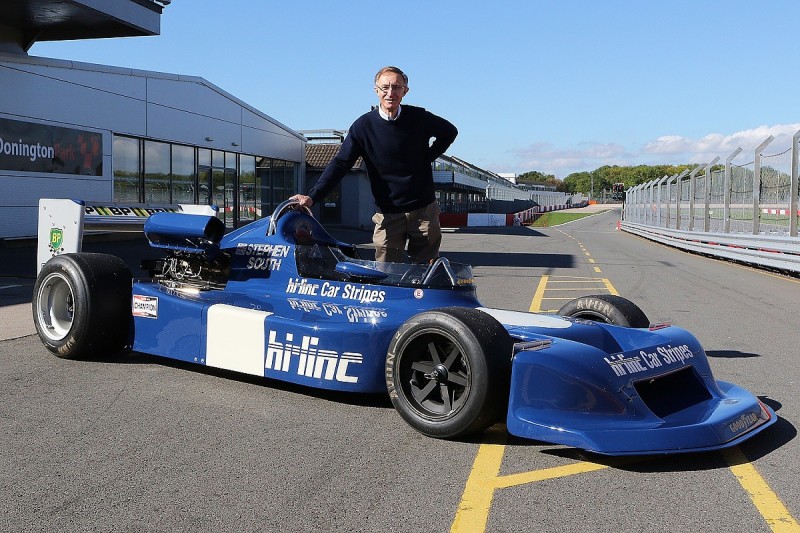 South completed some Aurora AFX races and some European F2 races on very limited resources, before Adrian Russell raced it in the Aurora series in '79. It was then raced in hillclimb events.

"I bought it from a collector in Belgium and I've had the car for seven or eight years," said Watts, an established Historic F2 front-runner with his ex-Norman Dickson March 772.

"We believe it has not seen much action since hillclimbing in the early to mid-1980s with Roy Lane and we don't think it has been a complete car for over 30 years.

"I wanted to restore the car and make it look just like it did when Stephen raced it in at Hockenheim 1978 in his last race in the March.

The car will now be entered into Historic F2 races.