The event took place over 270 stage miles and 29 special stages in the forests of Wales, Northumberland and Scotland.

Northern Irishmen McCormack and Mitchell battled with leaders Jason Pritchard and Phil Clarke over the first two days and moved ahead when Pritchard was sidelined by a broken halfshaft at the start of the Twiglees stage in southern Scotland.

Once ahead, McCormack consolidated his position to win by 1m44s from Matthew Robinson and Sam Collis, while Roger Chilman and Bryan Thomas turned in a star performance on unfamiliar stages for third after leading overall during the opening day in Wales.

The rally made a spectacular return after a break of three years and drew a fantastic response from competitors, service crews, marshals and spectators.

McCormack drove a superb rally to repeat his 2012 victory and was elated with the result as he drove his Ford Escort Mk2 in the British forests for the first time in four years.

"It's been absolutely fantastic," said McCormack. "It's been a massive event and the organising team has done a fantastic job."

It was not all plain-sailing for McCormack, however, as his Ford Escort Mk2 needed two new clutches and two gearbox changes during the rally.

A total of 91 crews started from Brightwells in Leominster on Friday morning and a remarkable tally of 61 finished at Kielder Waterside on Monday afternoon.

Spectators turned out in their thousands, including for the opening pair of stages at Shelsley Walsh on Friday morning when the rally made history by running cars competitively both up and down the hill for the first time. 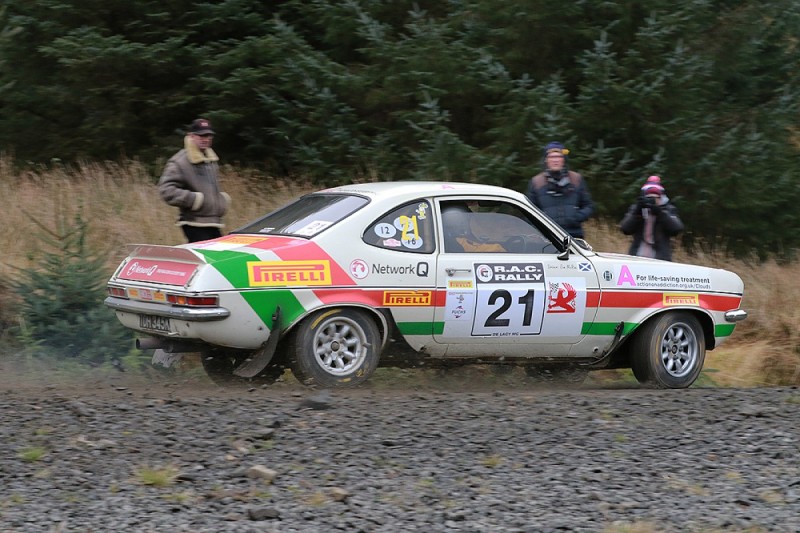 Chevron B8 gets 50th anniversary race at 2018 Oulton Gold Cup