The European Union's chief Brexit coordinator was among the 1000-plus Silverstone Classic entry last weekend, racing a 1954 Aston Martin

Verhofstadt (pictured above, left) was on hand to meet David Davis, Britain's secretary of state for exiting the EU, during the meeting.

"With David Davis at Silverstone: great track with challenging curves," Verhofstadt joked on Twitter about the pair's presence together at the circuit:

"I explained him how to "remain" in the race with a good old British car."

Verhofstadt retired the car he was sharing with Carol Spagg from the race - won by Simon Hadfield and Wolfgang Friedrichs - at half-distance after starting from 55th out of 56 cars that set a lap time. 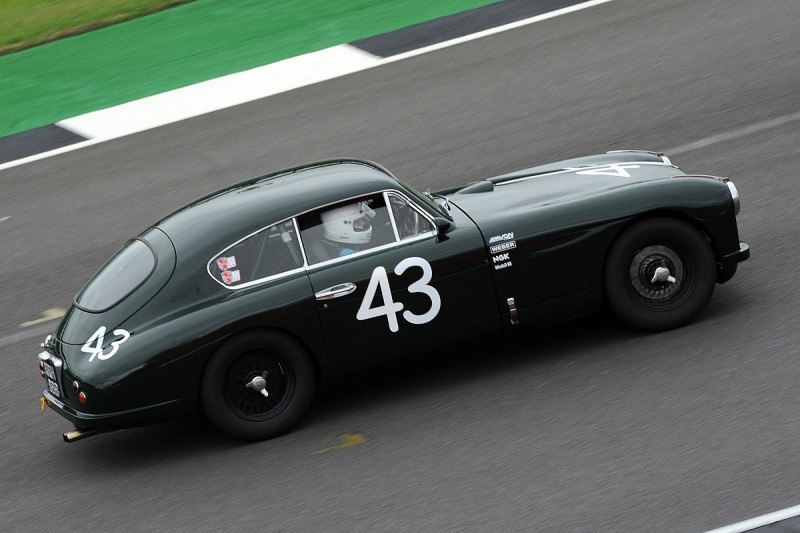 Celebrities rolling Austin A35s, a new star in Historic Formula 1 and a 12-hour programme of racing were other features of the 2017 edition of the Classic.

Saturday's marathon day started with Formula Junior at 9am and ended with Group C in near darkness at 9pm.

On a weekend that celebrated the 25th anniversary of Nigel Mansell's Silverstone win in his Williams FW14B, earlier FW07s won both races; one apiece for Padmore and Lyons.

Padmore and Lyons have established credentials at this level but former F3 and LMP racer Kennard, who was invited to race the ex-Patrese Arrows A3, made his F1 debut.

"I've always enjoyed the history of our sport and driving these cars is an absolute dream," said Kennard.

"It is so much fun to race these cars and you feel like you are driving it without any gizmos. It's a real buzz to drive around the Silverstone Grand Prix circuit.

"For an old car, it is phenomenal and the Arrows gives you so much confidence.

"I think the corner speeds are not that far off an LMP2 car." 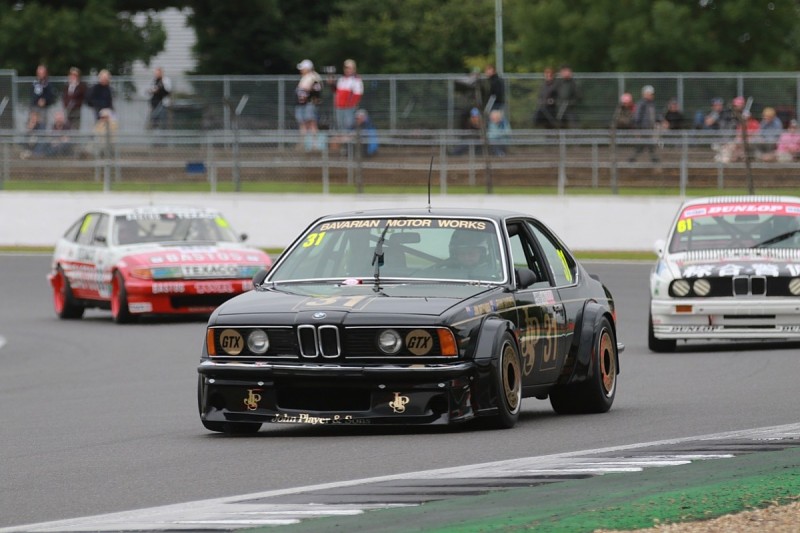 A vast grid of Touring Cars, spanning the three decades of the Group 2, Group 1 and Super Touring eras, included Steve Soper in a Rover, Gianfranco Brancatelli in a Ford Sierra RS500 and Aussie legend Jim Richards in his sublime JPS-liveried BMW 635 (pictured above).

Other notable successes included a hard-won Pre War Sports Car victory for the ex-works Talbot 105 of Gareth Burnett, double Historic FF1600 spoils for local ace Michael O'Brien and Austin A35 victories for Soper, in the celebrity section, and Mike Jordan, in the owners' race.

A 13-car grid will cast doubt over the future presence of Group C at the event.