Martland then presented the awards at the end of the unique race for B8s and the forerunner B6 design from the quiet genius of the late Derek Bennett.

Martland said: "I had the first B6 in 1967 and they were special times.

"The Chevron was designed to beat the Lotus Elans. As soon as I saw the car I knew it was going to be good.

"Derek Bennett was a very clever man and I used to spend a lot of time at the factory in Bolton. We lived near Southport and I kept my car there.

"I can't believe how good the cars still look, 50 years later. I think Derek would have been so proud."

The dedicated Chevron B6/B8 race thrilled fans as 19 cars lined up for a 40-minute event.

Racing one of Sandy Watson's cars, 1997 McLaren Autosport BRDC Award Andrew Kirkaldy headed the field away and was able to hold off the chasing Andy Wolfe and David Pittard. 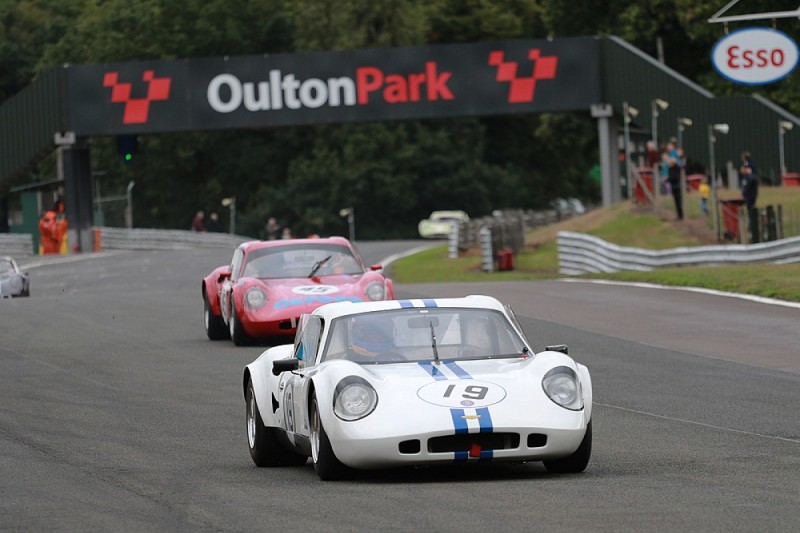 The Dunlop-shod cars had their own class in the race and it was Dan Eagling who moved up to win the section and take a share in the Gold Cup with Kirkaldy.

"To get the chance to race a Chevron B8 is a massive honour, and to win the Gold Cup is even more memorable," said Eagling.

The unique Chevron B4, now owned by Swedish Chevron collector Kent Abrahamsson, was a prototype for the later B6 and B8 designs and made a return at Oulton Park after 47 years away from the track.

Sadly, after a couple of laps in qualifying, ongoing engine issues prevented the car starting the race.

Initially simply called a Chevron GT, the only B4 was built in 1966 and Bennett raced it from new, starting at Crystal Palace in August.

It was the first Chevron to race in the US when taken to Daytona in February 1967 for Peter Gethin, Roy Pike and Fred Opert.

It later went to Le Mans in 1971 but failed to qualify and has not raced since that season.