The Cheshire track will host a dedicated race for the B8s and the earlier, but very similar, B6s on August 27.

Three B6s are due to take part and there is also a rare B4 being brought over from Sweden, with marque enthusiast Kent Abrahamsson to show the earliest iteration of one of the most successful projects from Chevron founder Derek Bennett.

He designed and built his cars in a mill in Bolton and they were regularly tested and raced at Oulton Park.

Over the ensuing half century, the B8 has claimed many victories at the Cheshire track, and the B8 continues to be an incredibly popular car for historic racing.

More than 40 of the spaceframe B8s were built during 1968 as GT or Group 4 cars, many with 2-litre BMW engines, although some used Ford-based FVA or FVC engines.

More B8s were produced than any other Chevron model during the decade that the company was at the forefront of UK race car production.

"The Chevron B8 is one of the most desirable and sought-after sports-racing cars and we decided to mark the car's 50th anniversary with a race at Oulton Park," said Grahame White, CEO of the Historic Sports Car Club and sales manager at Chevron in the early 1970s.

"Derek Bennett was a truly gifted race car designer and constructor but was a very unassuming character.

"I think he would be amazed, but quietly rather pleased, that we are celebrating 50 years of one his most successful designs." 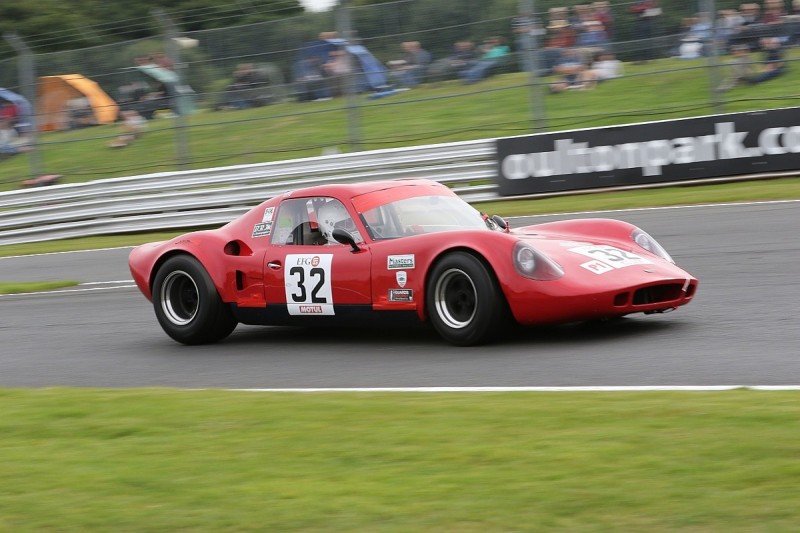 To mark the celebration, several Chevron racers from the 1960s and early '70s will attend the event.

These include B6 and B8 racers Digby Martland and Alan Rollinson, who raced a B8 extensively in 1968 and shared the car in the Nurburgring 1000km with the late Mo Nunn, finishing third in class.

Ian Skailes, who raced a B6 and a B8 in a short but successful career between 1967 and '70 before retiring aged just 23 to concentrate on business, will also attend, as will Mike Garton - a B8 racer in international races in '70.